It's a $36.5 billion premium industry, but cosmetics, reports The New York Times,"are not subject to the [F.D.A.'s] scrutiny before they go on sale. The F.D.A. defines cosmetics as topical products that do not alter the structure or function of the skin." 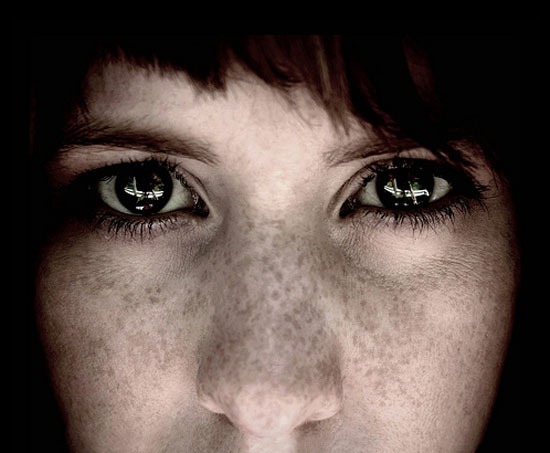 And many of these cosmetics, according to the Environmental Working Group watchdog Cosmetics Database, contain harmful chemicals:

While some companies make products that are safe to eat, other companies choose to use known human carcinogens or developmental toxins. Nearly all these chemicals can penetrate the skin, and some we ingest directly from our lips or hands. More than one-third of all personal care products contain at least one ingredient linked to cancer. When risky and unstudied chemicals are used in cosmetics, the stakes can be high--unlike trace contaminants in food or tap water, chemicals in cosmetics are base ingredients.

One of the main functions of skin is protection from pathogens, or biological agents bent on making you sick. So it's a bit puzzling that so many products on the market can actually do just that.

In recent years, the demand for organic skin care products has skyrocketed--prompting big-name corporations to release organic lines. Case in point, Victoria Secret, which unveiled a new organic line of beauty products this month, or Stella McCartney, who launched her skin care line called Care in 2007.

But both organic and non organic products can contain these chemicals. So what should you avoid smearing all over the largest largest organ of the integumentary system?

1. Parabens
Parabens, found in breast cancer tissue, are a suspected carcinogen. "Measurable concentrations of six different parabens have been identified in biopsy samples from breast tumors," reports the Breast Cancer Fund. "The particular parabens were found in relative concentrations that closely parallel their use in the synthesis of cosmetic products." Many manufacturers argue the jury is still out on this chemical, but--do you really want to risk it?

2. Fragrance
If you are familiar with the film "Perfume: The Story of a Murder" then you know the strides people can go to for a unique fragrance--and since it is considered secret, guess what, none of the at times hundreds of chemicals in a fragrance are actually listed on that bottle. Fragrances can contain neurotoxins and are among the top five allergens in the world," reports Cosmetics Database.

3. Phthalates
Banned from personal care products in Europe, Phthalates are gender-bending steps into the great unknown: As in these plasticizers have been proven to disrupt the development and functioning of male and female reproductive systems in rats.

Buyers should also keep in mind that many products are still tested on animals, despite new technology and a ban in the U.K. Check the label: You can usually avoid causing suffering to animals with little effort.

More From Mairi Beautyman on Huffington Post
Could You Live Without a Refrigerator?
The Octuplets and their Massive Carbon Footprint: 30,400 Disposable Diapers and Counting
The Top Five Most Popular New Year's Resolutions And How Being Green Can Help You Keep Them
Five Comics Giving (Anti) Environmental Messages
Obama, Bring on the Green White House
Five Ways to Green Your Yoga Workout
More Loving for American Expats, Plus Six Green Reasons to Vote Barack Obama
Clothing Made from Milk and Bottles Made of Paper? The Eco Design Revolution
Terrorists or Heroes? Sea Shepherd Fights for Marine Life
Does Terrorism Make us Travel Greener?