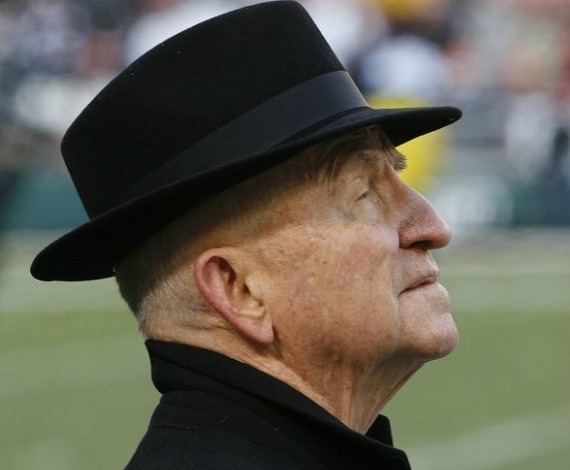 Donald Trump isn't the first billionaire to run for president. For those of us old enough to remember, the last billionaire to enter the race helped secure Bill Clinton as the 42nd President of the United States of America. Ross gave a helluva run for the White House and Americans learned some serious lessons from the election in 1992.

I'll never forget the night I saw the Perot infomercial for the first time. I was at my grandparent's house in the middle of nowhere Texas. Back in those days, you didn't have all the fancy cable stations that exist today. Most homes only had one TV. Watching television was a nightly family affair.

The night Mr. Perot came on TV was no exception.

I remember asking my grandfather why we were watching this funny guy on TV talking about America. My grandfather swore to me that he was going to be the 42nd President of the United States of America. As a kid, it was funny for me to watch this guy yelling, pointing to pie charts and hearing my grandpa screaming about America "going to hell in a hand basket!"

A short while later, my family moved to Plano, Texas. Which at the time, was the home of EDS, the company Perot started and owned. The building EDS was located in, which is now Hewlett-Packard, is unbelievably large. It's impossible to miss from most parts of West Plano. As I got more and more into learning about business, I also started learning about Perot and how he had built such an amazing empire and huge building.

Upon doing my research, I was reminded of his solid run as a third-party candidate in the 42nd presidential election. Ross Perot did some pretty outside-of-the-box stuff when it came to his political marketing. Looking back, you can tell he was a businessman based on the way he ran his campaign. I'd like to share some important lessons from H. Ross Perot with you that need to be considered when you vote this election cycle.

Third-party Candidates Don't Stand a Chance - I'm not one to say you wasted a vote, but if you vote third-party, you wasted a vote. Look, it sucks. I know. But, let's be real here. If Ross Perot and Ron Paul couldn't get elected running as third-party options, what in the world would give a guy like Gary Johnson a snowball's chance in hell?

All doom and gloom aside, if you vote for a third-party candidate, you're taking a very important vote away from Clinton or Trump. It looks like this election is going to come down to the wire, so, a third-party vote is not going to get us anywhere. I hate to admit it, but most of America is going to vote Red or Blue; you better pick a side and get on it.

Elections Are Won By Politicians Not Successful Business People - When's the last time America elected a business person as president? I think it was Truman, but I'm not even sure about that. In America, we have a long history of voting for politicians not people from the private sector. In my lifetime, we've elected Reagan, an actor; Bush, the head of the CIA; Clinton, the Gov of Arkansas; Bush, the son of Bush Sr. and Obama, the rookie senator from Illinois. Far as I can tell, none of the presidents listed had successful businesses outside of government work.

This could go either way for Trump. Some say he's successful while others say he's failing at business and that's why he's running for president. Assuming Trump is super successful in business as he claims, if he were to get elected, he'd be our first billionaire president. Meanwhile, Clinton has a lifetime career in politics on her side.

Most Americans Vote Using Emotions Not Education - When Ross Perot was blacked out by the media, he bought blocks of airtime to run infomercial-type advertisements with his plans to make America better. He delivered real-time information with up-to-date charts and business plans. The problem is that most Americans don't own a business and even less of them have ever written a business plan. These infomercials bored the majority of Americans and didn't win many votes.

Americans instead, voted for Clinton or Bush based on emotions. Neither of the candidates' marketing plans used intelligence and stats. Instead, they ran their campaigns rooted in fear and emotion. Hence Bush's famous line, "Read my lips. No new taxes," becoming more widespread than Ross Perot's notable, "We're not that dumb" line from his infomercial.

With the 2016 election in full swing and two of America's most hated candidates as front-runners, it's a good idea to make a decision on who you believe is the lesser of the two evils. As we've noted time and time again from people like Perot, Ron and Rand Paul, America doesn't elect third parties. Until things drastically change, you'd better pick one side or the other. Especially this election cycle. Never before have the candidates been so disliked while representing such completely opposite platforms.
__