By choosing to study abroad in Spain, I agreed to be open-minded about the people and the place where I would be living. Yet, when I landed in Spain this past May, I was mentally unprepared for the many differences between American and Spanish culture. Having grown up in the South, I am familiar with fried green tomatoes, wide open spaces, pick-up trucks, and a slow-talking drawl. Seemingly, everything I could have imagined was different in Spain.

Language was of course the most profound difference between America and Spain. One must understand that Spanish is not uniform from one Spanish-speaking country to another, and often times, Spanish, or language in general, can be spoken with multiple distinct accents within a country's borders. At times, I would be corrected for using a word that was popular in South American Spanish, but not popular in European Spanish, and many times my American way of pronouncing words became a roadblock for comprehension. 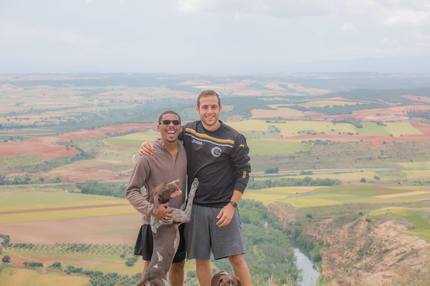 In the city of Seville and the surrounding community of Andalucía, the culture were more noticeably influenced by Muslim rule in the Iberian Peninsula between 711 and 1492. This Muslim influence has also created a sweeping effect on the Spanish language around the world. Words such as tarea (task) come from the Arabic word ṭaríḥa, taza (cup) comes from Arabic's tasa, and zumo (fruit juice) comes from Arabic's zum.

Another fascination of mine was the similarities between European English and European Spanish for common phrases. For example, in Spain, the signs for the bathrooms would translate directly to toilets. Similarly, in England, the English signs for the bathrooms had also read toilets. Yet, in America, we label bathrooms as bathrooms, and use the Spanish translation for bathrooms (baños). Moreover, in America, if we must order food and we do not want to dine at the restaurant, we usually order to-go or take-out, but in England, they say to carry and in Spain, the English translation is the same: to carry (para llevar).

When it comes to cultural differences, you may be wondering: what are some tips for navigating a new world?

People are different, but sometimes they really aren't. While in Spain, you may wonder why people are dining so late in the evening, why fewer people own Apple products, why restaurants rarely provide indoor seating, why the men enjoy wearing jeans and closed-toed shoes in 100-degree summer heat, why WhatsApp is more popular than GroupMe, why the milk and eggs are left unrefrigerated, why they use two-pronged sockets instead of three-pronged sockets, and so much more. Instead of getting caught up in the human condition of always asking why, sometimes it can just be comforting to just recognize that we are all humans. We are motivated and influenced by very similar desires, ideas, and even fears.

Separate yourself from American culture. It was remarkable that I had traveled 4,000 miles away from home, and on a 2-hour bus ride from Seville to the beach, the Spanish motor coach played a 2003 DVD of "Destiny's Child - World Tour." If you're looking to find Americans, you'll find them in Spain, but why would you choose to study abroad and then not fully immerse yourself in the culture? Beware of when you are judging or even rejecting the culture, and understand when to remind yourself of the purpose for the trip. 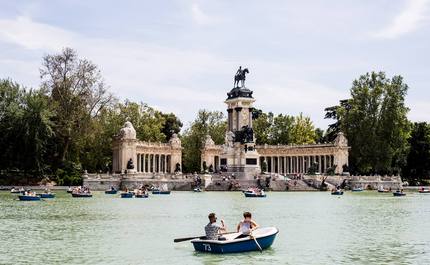 Having lived with a family that does not English, taken classes with professors who do not know English, and made many friends with Spanish speakers and learners, my Spanish language proficiency greatly improved. I was changed insofar that now I feel more confident and resilient when placed in situations where nothing feels familiar. I have a greater respect for individuals who immigrate to America, and English language learners, because they have to also overcome the same potential barriers I had to overcome.

This experience would have been impossible for me without the support of my university, the University of Georgia, the Gilman International Scholarship, and my language program partners, Spanish Abroad, CLIC (el Centro for Lenguas and Intercambio Culturas), and Brookhaven Community College's Multinational Academic Program (MAP).