I have spent more than a decade in an emotional holding cell back in Poland and Siberia in the 1940s. Allow me explain. When my Polish uncle, John Migut, sent me a letter back in 2002 with some notes he had written about what he, his siblings and his parents endured trying to survive Joseph Stalin's mass deportations and the forgotten odysseys of some 1-2 million Polish citizens, I was beyond intrigued. I wrote an essay on the subject, it garnered some praise and, at the time, I thought that I had done my part -- simply write something about what my Polish family and their comrades had experienced.

I was horribly wrong in that assessment.

For years, my family's misadventure haunted me; hunted me. I seemed destined to learn more. I became a Polish Dick Tracy, searching for more clues about my family's endeavors, all the while beginning to question how much of the past lives on in us on some level. More refined details emerged: my family's memories about their deportation; how the eight of them barely survived; the subsequent "amnesty" that Stalin granted to those he had imprisoned -- Poles, Jews, others -- once he aligned with the Allies in the summer of 1941; how the family, and so many others, wound up in the Middle East and eventually Eastern Africa. In the years that followed the article, I replayed the series of audio and video interviews I had conducted with the clan. For some reason, I felt like a thick thread being pulled through the very small eye of the needle that history had forgotten. I wanted to make sense of the deportations and the experiences of the Poles; shed light on an injustice.

Eventually, I chronicled my experiences, and the plight of the family and their comrades, in my upcoming book, Grace Revealed: A Memoir, and recently, as I emerged from a thick Stalin-laced fog, I came across another writer who had also stumbled upon a piece of Polish history that would have been left untold and, perhaps, completely misplaced. His name is Glenn Kurtz and his book, Three Minutes In Poland: Discovering A Lost World In A 1938 Film, is a remarkable feat and something whose ripple effects will be felt for quite some time.

As the story goes ... Kurtz discovered, quite by chance, an old family film in his parents closet in Florida in 2009. The film had been shot decades ago by his grandfather, David Kurtz, who had been on a sightseeing trip to Europe in the summer of 1938. But what stood out was that the elder Kurtz had also captured on 16mm color film scenes of his birthplace, a seemingly thriving Jewish town in the Nasielsk, Poland. Three thousand citizens lived in the town. A year later, after the Nazi occupation, fewer than 100 survived. Just like that -- the town, its people. Gone.

Kurtz also wrote an essay about his discovery but as he continued searching for more clues about the people who were actually in the film, he began to suspect that perhaps he had discovered the item too late. He marveled at how the film showed the town's thriving occupants -- happy and content in their community -- and was befuddled about not being able to locate any more clues.

All of that changed after Kurtz donated those minutes of footage to the United States Holocaust Museum. A woman had watched the film on the museum's website. Shocked, she recognized the face of a 13-year-old boy. It was her grandfather who had gone by the name of Moszek Tuchendler, who would become Maurice Chandler, an 86-year-old living in Florida. It's here were Kurtz's journey seems to truly begin for Chandler impeccable memory allowed the writer to not only begin piecing together more information about the town and its inhabitants before the Nazi's reign of terror, but also to embark on adventure that would offer the town and its people some justice.

I interviewed Kurtz about the book, his experience and the importance of preserving moments in time that would otherwise be left forgotten.

Greg Archer: The book was released last month and I'm curious to know what you are finding most interesting in the responses you are receiving in your various book talks?

Glenn Kurtz: Two things that are making it so meaningful. The first is just the opportunity to share this story and see in the responses that it touches people. And that there's a sense of the importance of the work that people seem to feel. It's very moving to me. I always felt like it was something worth doing, but often, you work in a sort of a bubble while you are writing something and its significance isn't always in view, but you have to believe in it. And then the other thing, is people I met who did not know very much about their town. It's not so much that I found a new survivor, or information. It's that it continues to bring together this community of people to draw their ancestry from the town and know who they are in a sense. Collectively, they hold the memory of the town.

Greg Archer: I can relate on some level. It has become important for me to record family histories; to get a sense of their experiences and to honor those experiences -- and them. Would love to hear from you why you feel it's necessary to have these histories recorded.

Glenn Kurtz: Let's start with the survivors. We're living in a moment when the survivor generation is disappearing. That is totally foreseeable. One of the things that started me on the project was a sense that this was the last moment these stories could be recorded and preserved. And there's a profound change that takes place in the nature of memory; the nature of history when something passes from a lived experience to a purely recorded or documented event. Obviously, that is an inevitable transformation. And in a way, that is something that makes something history as opposed to an experience.

Greg Archer: It' a curious slope though ...

Glenn Kurtz: That kind of transformation entails a profound thinning out of the texture of what happened. Again, that thinning out is necessary in order for it to be communicable to others to become history. Written history looks at what happened and is so distinct from what somebody experienced. You may be able to capture the feeling, but to really really understand the texture of the experience ... that is a very different thing. Life doesn't happen in story form or book form. It happens in this very multi-dimensional, immersive and often very confusing way and only subsequently is that it gets ordered and arranged. It takes on a coherence that allows people who have not experienced it, to understand it. It's important now to capture those memories; to capture the texture of what it was like. Before people disappear.

Glenn Kurtz: That's the urgency of this moment. I think that it's urgent, in general, because the way in which this life, this world, was destroyed. I often thought when I was working on this project ... You know my aunt grew up in Brooklyn and was 93 years old, the same age as these survivors I was interviewing. And her world in the 1920s and 1930s is just as gone, just as past as the world of Poland in the 1920s and 1930s. But it wasn't destroyed by violence. It was destroyed by time. But the picture of that world is just an unrecoverable now as those in Poland. And I thought it's important to try and grasp these things while it's still possible.

Greg Archer: I do appreciate, too, that you happened to 'stumble' upon this film. I'm fascinated with that idea -- whether we find things or they find us. Do you feel that way?

Glenn Kurtz: You know, there are a lot of things that did come to me in the course of this project. In a way, the most important things that came to me are in the way that Mr. Chandler's family got in touch with me having seen the film online. I couldn't have made that happen. There are so many aspects of this story ... and I don't mean to underestimate how hard I worked. Nevertheless, there is no way that I could have caused these things to happen. As an aside, I wonder why we like that feeling of things coming to us. It does feel like it does come from the outside. But of course, I feel like we are drawn to it -- like we choose to do these projects and there is something fundamentally compelling to us. It almost feels to us as if it is beyond our volition -- like we didn't choose the subject, that it chose us.

Greg Archer: Can you share some of the more compelling things about Mr. Chandler?

Glenn Kurtz: History aside, he is an interesting man. The extraordinary detail of his memory is also exceptionally interesting. He has this near-photographic memory. He's 90 years old now. For me, it was our engagement with history itself. He told me a lot of stories and after some time, I had read everything I could and met other survivors that I had come to know enough about this town to realize that it wasn't just the stories that he would tell, but to get into those things that often get left out. And to be willing to sit with somebody who is willing to explore the pockets of the unopened drawers of his memory was really really interesting. It was incredibly moving and incredibly powerful. And to search in his memory and to find things there that he didn't know he had.

Greg Archer: I'm curious. What are a few things you learned about yourself along the way?

Glenn Kurtz: This project caused me to do a lot of things that I would not what have habitually done. I had to depend on other people an enormous amount. I needed help. It wasn't my history. It was other people's history. When I was in Poland, when I was in Israel, when I was in England ... I needed logistical support from people that, in a way, I never needed. I like to work in a solitary way so it was really something different for me. Not just research help but personal help in understanding what these stories were. I had to go into people's homes and have them share with me often the most painful and personal, most guarded memories of their lives and I had to let myself be present with them while they underwent this.

Greg Archer: That requires some grace.

Glenn Kurtz: To some degree, there was a sense of struggle for them to let these memories out. I had to let myself just trust the process of gathering the story and not try to make it happen by doing something. I had to allow it to happen and be present for it. 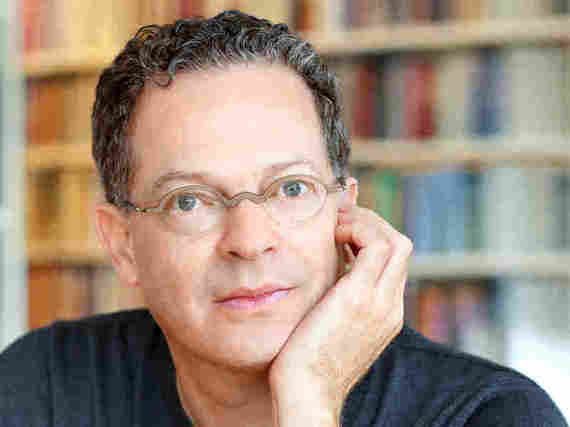