As a resident of Maui who is active in my community, I am very invested in how the people of Kauai, Maui, Molokai, Lanai, the Big Island, and rural/suburban Oahu are represented. Per the Cook Partisan Index, we are the more "Democratic" of Hawaii's two Congressional districts (never having elected a Republican), and also the most progressive, sending representatives such as Patsy Mink, Daniel Akaka, and Mazie Hirono to our nation's capitol over the last forty-five years.

It could also be argued that my county - Maui - is not only the most progressive in the state, but also the nation. In 2008, when Dennis Kucinich ran for President, his best showing in any Democratic contest was in the Hawaii caucus, and the only county in the country that he won was Maui County.

So I was not surprised when Bernie Sanders won our state presidential preference poll this March with a 70% majority, taking 62% of the votes in the first District, and 75% in the second. And it's appropriate that our Congresswoman Tulsi Gabbard supports Bernie Sanders. 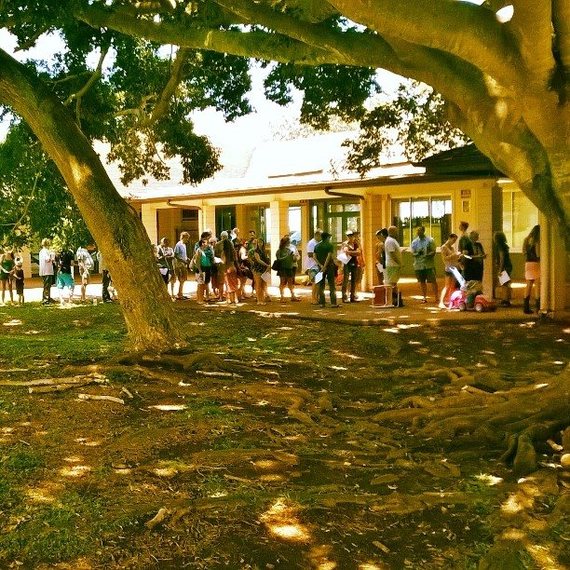 Support for Sanders, however, does not mean that Congresswoman Gabbard represents us. When comparing her voting record with our strongly democratic district, Progressive Punch gave Gabbard an F, while it gave straight A's to Hawaii Senators Mazie Hirono and Brian Schatz (Bernie Sanders received an A as well).

In fact, the Congresswoman's statements and actions over the last two years raise quite a few questions about how committed she is to fighting for our district's values.

1. Why is Tulsi Gabbard so friendly with a Republican billionaire? 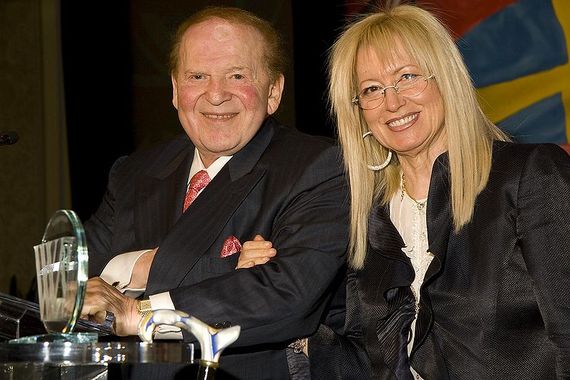 Tulsi Gabbard has worked with many influential Republicans, the most notable of whom is billionaire Sheldon Adelson:

with philanthropist Miriam Adelson and Congresswoman Tulsi Gabbard of Hawaii at our Gala Dinner on 5 May pic.twitter.com/GhUXVWolXA

2. Why does Tulsi Gabbard use Republican talking points to criticize prominent Democrats in conservative venues?

Gabbard has received favorable coverage from Fox News, the National Review and other conservative media outlets. She's also been the only Democrat at Republican functions and activities.

For example, in January 2015, when asked why the White House would not use the term "Islamic Extremism," Gabbard told Fox News:

"This is not just about words. It's not about semantics. It's really about having a real, true understanding of who our enemy is and how important that is, that we have to understand what their motivation is and what their ideology is -- the radical Islamic ideology that is fueling them."

Yet every democratic presidential candidate including Bernie Sanders has rejected the term "radical Islam," to avoid the implication that the US is at war with Islam or all Muslims. (Interestingly, billionaire Sheldon Adelson has used xenophobic language similar to Gabbard's, stating that "all terrorists are Muslims.")

Gabbard further told Fox News that the Obama Administration and Secretary of State John Kerry were wrong for claiming, "that Islamic State and Al Qaeda terrorists were engaging in 'criminal conduct rooted in alienation, poverty, thrill-seeking and other factors.'" She mocked them, stating:

"If that's really the cause, then the solution would be just to give them a trophy, give them a hug, give them a good-paying job, $10,000, and a skateboard so they can go and get their thrills and say, 'OK, great, they are going to be happy and they won't be fighting anymore.'"

After Gabbard made her statements, she was invited to expound on her criticisms of President Obama with prominent Republicans at the conservative American Enterprise Institute's exclusive annual retreat at a luxury resort in Georgia.

While I believe that no elected official should be above critique - lest we devolve into a cult of personality over substance -- our district elected President Obama with a 70% majority, and a respectful discussion in an appropriate forum reflects both our district and Hawaiian values.

3. Why does Tulsi Gabbard support anti-immigrant and anti-refugee policies?

The second Congressional District of Hawaii is known for aloha, acceptance, and support of diversity. Our district's first representative was Patsy Mink, the first woman of color in Congress. Thirty years later, we sent Mazie Hirono, a Buddhist and an immigrant, to DC. And Congresswoman Gabbard herself was the first Hindu in Congress.

As a progressive, and as stated on his website, Bernie Sanders "opposes Republican-led efforts to block Syrian refugees from coming to the US and says the US, Europe, and the Persian gulf states have a moral obligation to welcome Syrian refugees."

More recently, Gabbard seems to be modifying her views on international policy and inclusiveness, presenting a message of aloha and progressive anti-war values in her March video supporting Bernie Sanders, "The Cost of War."

Which leads me to a fourth question: What does Tulsi Gabbard really stand for?

As the mother of two sons who are old enough to join the military and are voting for the first time this election, these questions are not theoretical. They require answers -- not carefully-crafted imagery.

Shay Chan Hodges is the author of Lean On and Lead, Mothering and Work in the 21st Century Economy. She is a resident of the 2nd Congressional District in Hawaii, has pulled nomination papers to run for the US House of Representatives, but has not yet filed. She will continue to ask questions about our representatives in DC throughout this election season.