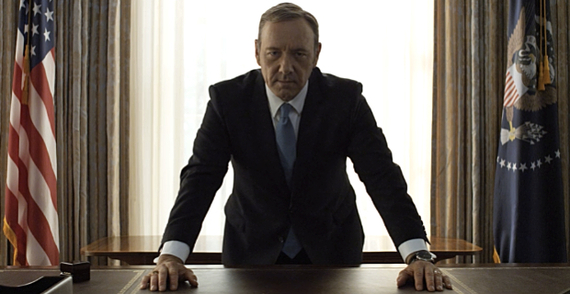 Like 670,000 other people (or 2 percent of all Netflix subscribers), my wife and I spent the majority of the weekend binge-watching House of Cards -- completing all 13 episodes in just two days. #noshame

But why is the show so addictive?

Netflix brilliantly executes a couple tactics, which are augmented by simple social psychology, to keep you watching more.

First, Netflix has made one of the simplest and least talked about advancements to television since TiVo. If you notice (or maybe you didn't by design), when watching episodes back to back, you no longer need to repeatedly watch the opening credits, or fast-forward through them, at the start of each episode. Instead, Netflix intelligently knows that you are binge-watching and automatically starts you one minute and 42 seconds into the episode (or at the beginning if there is a prologue).

What this translates to is no time to get up and start another activity, no time to talk about whether or not to keep watching, no time to pick up the remote -- just back-to-back, nonstop TV. And while critics have been saying that TV dramas have been looking more and more cinematic for nearly a decade, taking out any break between episodes is blurring the lines even further between an hour-long serial drama and a 10-hour movie.

Another thing that isn't new to Netflix, is that the platform is universally commercial-free. This also removes the opportunity to get up, do something else, or remember in general that you have a life outside of Frank Underwood. 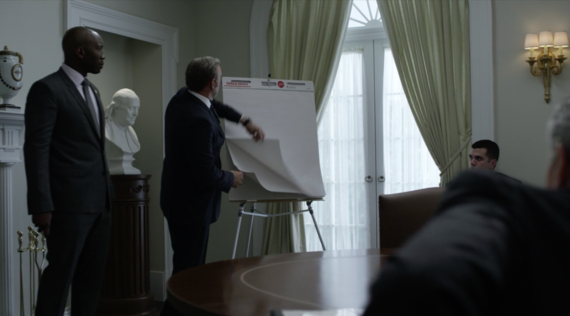 Of course, while Netflix may be commercial-free, House of Cards is far from innocent of selling product. From the Office Depot easel pad in the Cabinet scene, the seemingly out-of-place tying of the Nike shoe, the ubiquitous use of smartphone on-screen activity occurring on the Windows Mobile operating system, and the Samsung products ranging from phones to refrigerators, House of Cards is far from commercial-free.

While some brands, such as Anheuser-Busch InBev and their Budweiser / Stella Artois brews claim to be non-fiscal partners, other experts suggest that brands are forking over anywhere from $50,000 to $200,000 for integrated product placement.

Personally, I'd take product placement over commercial breaks any day.

The last thing that the Netflix binge-watching model does at a subliminal, societal level is leverage the social conversation to create a sense of urgency.

At RFI Studios, we analyzed the 184,000 mentions of House of Cards on social media channels in the first weekend of the season three release. Of them, 20 percent of the social conversation was directly driven by individuals stating that they were "binge-watching" or had already finished the complete season, while another five percent specifically used the hashtags #spoiler or #spoileralert.

This last element, the social conversation, makes you want to watch the whole thing in a single weekend. The water cooler conversation at work on Monday morning is no longer going to be about the single new episode of a show, it's now about the entire season.

And no one wants to miss out on being part of the conversation. #FOMO