It's no secret that crowdfunding is rapidly becoming a go-to method for entrepreneurs to access much needed capital -- and attract attention from the marketplace. Last year in the U.S alone, new and established companies used crowdfunding platforms like Kickstarter and Indiegogo to rake in more than $9 billion.

But do you know how to effectively tap into this amazing outlet for money and marketing muscle?

Jeff Hays certainly does. A serial entrepreneur and filmmaker who was shortlisted for the Academy Award, Hays has used crowdfunding masterfully to make his last three exposes on topics like 9/11 and big pharma, and to build a base of loyal customers who he can monetize with each new project.

Here are some of his top lessons that can help you make the most of the crowdfunding opportunity in your business. 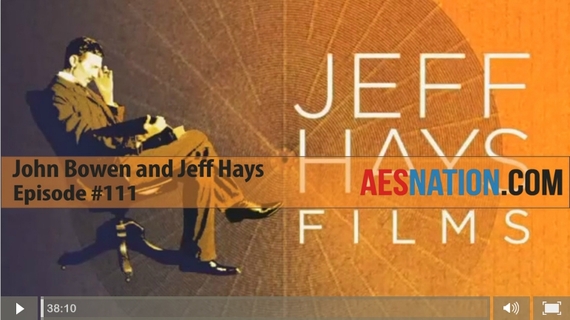 1. Focus on your prospects' needs, not your own. Your potential customers (or investors, as the case may be) don't care about your growth goals or fundraising needs. They care about their issues and concerns -- and what you can do to help address them. Therefore, your efforts to attract attention and wallet share must hone in on correctly identifying your audience's problem and showing what you're going to do about it. This approach helps you convert prospects to buyers.

Unfortunately, too many entrepreneurs assume that by simply telling their compelling (to them) story through a video or landing page, people will send them tons of money. The truth is, nobody wakes up and wonders how they can get rid of their excess cash by going to Kickstarter. You've got to pull them to you by addressing their concerns and needs.

Of course, this is true whether you're crowdfunding or taking a more traditional approach to customer acquisition. As Hays puts it: "I don't make movies that I want to make. I make movies that other people want made. I give people who care about certain ideas a vehicle that they can get behind, and my success becomes a piggyback ride on somebody else getting what they want."

2. Make it great. Here's an obvious piece of advice that nevertheless gets short shrifted by entrepreneurs: The actual product or service you are hawking through crowdfunding or other outlets must be great. If you don't deliver the goods and "wow" people, you certainly won't get their attention the next time around.

Here, technology becomes a double-edged sword. It demolishes traditional barriers to entry, making it easy to get your product made and get the word out. But it also allows less skilled, less reputable players to make their way on to your playing field and vie for your customers. In Hays' business, for example, the $350,000 cameras that were required to make high-quality films are a thing of the past, replaced by $30,000 cameras that, as he puts it, "you can film Star Wars on."

The problem: A great documentary, like any product, requires more than a fancy tool. It takes skill and a deep knowledge of lighting, storytelling and other key ingredients that Hayes saw was lacking in newer documentaries. "I was frustrated by the really low-grade product out there that people were calling documentaries. I realized that if I was going to swim in the shallow end of the pool, there's was going to be a bunch of kids to deal with," he says. "So I decided to go to the deep end and use my skills to make scripted, theatrical, regular movies that stand out."

3. Keep your buyers coming back for more. Entrepreneurs often take a one-and-done approach with crowdfunding by hitting up prospects just once and moving on. Big mistake, says Hays, who has raised substantial sums by doing multiple crowdfunding marketing campaigns for his films.

The idea is simple. When someone contributes to your project, they put themselves on a buying track where they're likely to buy from you again down the line. The key is to start with a small "ask" (example: $10 gets your name on the company website) to get lots of contributors right away. As your project moves forward, go back to those initial buyers with updates and offers for new (and more expensive) rewards and bonuses for additional contributions.

For example, at various points during the shooting of Bought, his movie about the pharmaceutical industry, Hays released new footage that revealed more details about the story he was trying to tell. Those new nuggets got his initial backers even more fired up and ready to give. "The success rate goes from 35 percent with the first campaign to 85 percent with the second. You start to really build an audience," says Hays.

Indeed, crowdfunding has become an excellent way to build a list of customers and potential customers that you can return to and monetize over time. For one of Hays' recent films that he's distributing over the Internet, he built a list of 200,000 people who are interested in what he's doing, and he expects to grow it to 600,000 eventually.

Says Hays: "I know exactly who my customers are now. I can segment the list to identify and target ideal prospects for new projects. In the old days, I would have worked with a distribution company and they would have owned that list. Not anymore."

Get more actionable advice you can use in your business every day from top entrepreneurs at AES Nation.