At least since 1983 with the publication of A Nation at Risk, US education policy has been framed in response to the wrong crisis: International competition. It is time to assert what is needed for equitable democratic education. 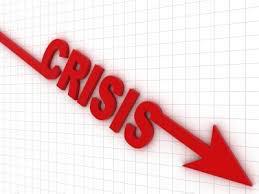 It's the civil rights issue of our time. We need higher standards, rewards and punishments, competition, and charter schools. Believe me.

Donald Trump's words? No. This line of argument has been the bipartisan education crisis narrative for the last several decades. Listen to rationale and prescription has followed that crisis narrative.

The education crisis is the fault of teachers with low expectations who don't care and aren't so smart. It's the fault of complacent schools that won't change. Poverty is just an excuse. So, we need to disrupt the status quo and hold teachers' feet to the fire with test results. We need to take money from public schools to establish and fund separate schools with appointed instead of dysfunctional elected governing boards.

Wait what? I like my local school. That doesn't sound like my kid's teacher, but I guess it must be true of the other schools, and competition makes sense, right?

Crisis narratives have a well-worn and often tragic history as a strategy to gain public acquiescence to policies that would on their own terms find little acceptance. Some crises are manufactured, some are half-truths, while others arise independently and are then utilized to advance predetermined agendas.

For example, the spread of Soviet control in Eastern Europe, the rise of Fidel Castro in Cuba and Ho Chi Minh in Vietnam, and the hyped threat of a Soviet attack on the United States drove decades of expensive and often wasteful build-up of the "military-industrial complex," as well as all variety of deadly and destabilizing US interventions around the world.

Similarly, the September 11, 2001, attack on the World Trade Center and the subsequent conjured threat of Iraqi weapons of mass destruction lent support to the disastrous efforts of Bush-era neoconservatives to project American power in the Middle East.

In each case, external threats were used to justify efforts to make profits for a few, increase surveillance of citizens, suppress dissent, exacerbate divisiveness, and distract citizens from unifying to promote equity.

Many people knew and reported that the Soviet and Iraqi threats were overblown. There was significant public resistance. But once the crisis narratives were established, the counter arguments failed to hold sway. In each case, resistance was strong, but insufficient to create significant policy changes, much less promote better alternatives.

Since Nikita Khrushchev and Saddam Hussein were, in fact, bad actors, the crisis narratives were hard to refute even when they were short on evidence. That ISIS is a real threat to human decency and peace today provides the grease for the slippery slide toward acceptance of authoritarianism and restrictions of fundamental rights.

So, it is with education policy. There are real persistent problems in education. Today, failure narratives are the strategy-of-choice for groups who want to privatize education, undermine unions, disempower workers, and open profitable markets for educational technology, testing materials and publically funded, but privately managed charter schools that are unencumbered by government regulation. However, what is said is a smoke screen for what it intended.

"Let's open up schools as profit centers," "We don't trust communities to make democratic decisions about their schools," and "Let's get taxpayers to fund some charter schools for a few poor kids to get ahead," would have garnered little public support. Instead, the preferred narrative is that American public schools are failing (especially for the poor and students of color), as have past improvement efforts, so we must do something before it is too late. With the release of every new national and international assessment results, statistics are marshaled to support that argument. The unstated assumption is that our society has abandoned serious efforts to end poverty or segregation. Instead, the US has accepted the audacity of small hopes.

In response, critics of the privatization agenda have been justifiably quick to point out flaws, biases, and limitations in how data is often presented. That is a necessary lie-exposing response, but only one of the steps needed to promote equitable democratically-governed education.

As with the hyped Soviet and Iraqi threats, critics of the phony education crisis have also countered, with, "It's not as bad as they say." That line of argument always comes up short for two reasons. First, it permits those in power to frame the debate and put critics on defense. Second, there is a believable element in the narrative. Education in the US has, in fact persistently failed poor students.

Exposing lies provides the clarity and information that lay the foundation for action. The next step is resistance. Resistance is a strategy for protection, survival and to engage people in a unifying common struggle. Opting out of high-stakes over-testing, critiquing flawed standardized tests, fighting school closings and budget cuts, opposing pay for performance for teachers, opposing the disproportionate influence of wealthy donors on education policy, opposing charter school expansion, and resisting attacks on unions are all essential.

However, a win for equity and democracy also requires a third step: Promote a new and different proactive agenda for education that resonates with the public more effectively than the current, "We are losing" narrative. (Donald Trump is only the extreme version of that continuum.)

There is no denying that education falls short. However, supporters of equity and democracy need to reframe what ails American education and offer unifying solutions that give people something new to fight for together.

1) The Fairness Crisis: The dominant and corrosive influences of race and class on achievement outcomes are escalating rather than receding, while inequity widens. Where people live determines how much funding their schools get. This is not fair.

The Solution: Free, high-quality, universal Pre-K through post-secondary education should be the new norm. That is what the country now needs for all citizens to be successful in life, work, and citizenship. Fairness dictates equitable funding by progressive income, capital gains, and corporate taxes, rather than inequitable local property taxes.

2) The Diversity Crisis: Integration has fallen off the national agenda. As a result, too few schools provide sufficient experiences for students to come to understand and embrace our common humanity and learn to work in diverse environments.

The Solution: Learning in diverse, well-integrated schools and classrooms is vital for personal, social and workplace success. Government policies must promote neighborhood, school, and workplace integration.

3) The Learning Crisis: Too few students graduate with the confidence, broad knowledge, and critical thinking skills needed to participate fully in the critical issues of the time, thereby undermining democracy and social and economic justice. Learning has been narrowed by too much testing.

The Solution: Every child should be valued, known, and respected in a school where they learn not just a broad range of academic skills for college, career, and personal fulfillment, but also the empathy and social skills to be a responsible member of their community.

Funding programs that have the potential to mediate poverty and historic racial inequity are essential, as is promoting integrated schools. However, for too long both of those goals have been framed narrowly as helping "them." Since the larger inequities in the US have never been fully addressed, too many people have heard "helping them" and thought, "Not at my expense."

Exposing the lies and organized resistance are the essential steps to stop destructive policies. Winning policies that promote equity and democracy requires a next step: Frame new needs and new solutions that are explicitly multi-racial and unifying.

The crisis we face is in education is not about test scores. Rather, it is that we cannot achieve satisfactory results amidst the far broader crisis of growing inequality, eroding democracy, and escalating divisiveness.

Widespread demands for an education system that is fair, diverse, and broad is one place to wage the struggle together.