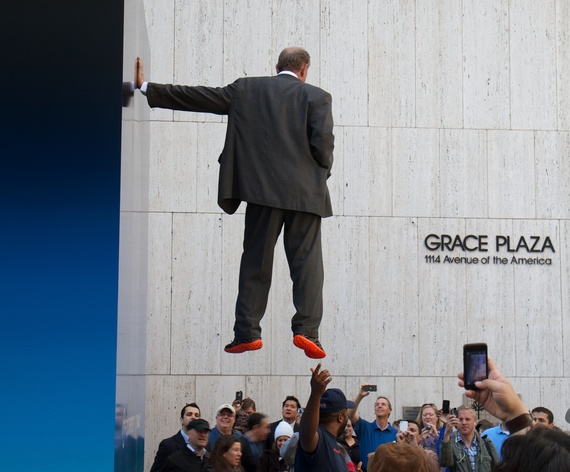 There comes a point in most people's lives when they consider pulling a PR stunt. This is an old tactic that has been used for years by companies in order to get attention. They are called "stunts" because they are bold moves that typically also have some type of risk associated with them.

It is important to remember that if done properly, a PR stunt will get the world talking about you and your brand and bring you some much-needed attention. This can be a great way to get your name on the map if your brand is not getting the attention that it needs. For example, Kanye West announced he was running for president in 2020. This is a PR stunt that got people talking about the rapper after he hadn't been in the news for a while.

However, if a PR stunt is not pulled off correctly, it can easily backfire. The stunt can put you in a worse position than it was before and do far more damage than good. In Kanye West's situation, there was no real negative backlash, making it a successful PR stunt. However, this doesn't always happen. This is why there are a few important questions you should ask yourself before you pull that PR stunt.

Do You Have the Financial Resources for This Stunt?

In the popular AMC television show Mad Men, two of the show's advertising executives decide to pull a publicity stunt, and stage a fight over their company's ham in a local grocery store. The goal was to get the fight in the local papers, and therefore the name of the ham company in the headlines. However, the fight turned real quickly and both of the paid actresses who were meant to fight in the grocery store ended up in jail, meaning the advertising company had to pay their bail, and then some.

This is an example of not thinking of the repercussions of a PR stunt. Staging a risky situation like this that has serious consequences like jail time and financial repercussions is an example of a PR stunt that may not be worth the risk. Before you attempt a publicity stunt like this, think of the worst possible way the stunt could go. What would happen if the stunt went wrong, could it hurt your company financially? Do you have the resources to cover this type of impact?

Could the Risks Get You Negative Attention?

One of the many reasons PR stunts earned their name is because there are a number of risks associated with this type of effort. In addition to thinking about the financial repercussions, think about the negative impact this could have on your brand. If the stunt goes wrong, will it result in bad publicity and the type of negative attention you want to avoid?

Take a look at one of the biggest failed PR stunts in recent years. The CEO of LifeLock posted his social security number to the public, putting it on billboards and TV commercials as a way to prove that LifeLock would protect his identity. However, his identity was stolen, 13 times. The company not only got bad press for the failed attempt, but they were also fined by the Federal Trade Commission for deceptive advertising, delivering another blow to the company's reputation.

Is the Public Going to "Get it"?

When she was still hosting the Oprah Show, Oprah Winfrey attempted to pull a major PR stunt to help promote Pontiac G6. The talk show host gave away one of the cars to everyone in the audience and said "Pontiac G6" over and over again, but today, hardly anyone remembers what type of car she gave away, they only remember that Oprah gave away cars and her famous statement "You get a car! You get a car!" quote.

This is an example of a failed PR stunt because the public didn't "get it." If the public remembers the stunt, but doesn't understand what you're promoting, then the stunt isn't worth it. When you pull a stunt, make sure that the thing or company you are promoting is unmistakably associated with the stunt.

If you are tempted to pull a PR stunt, make sure that you ask yourself these questions first in order to determine if the stunt will be worth it or not for your company.