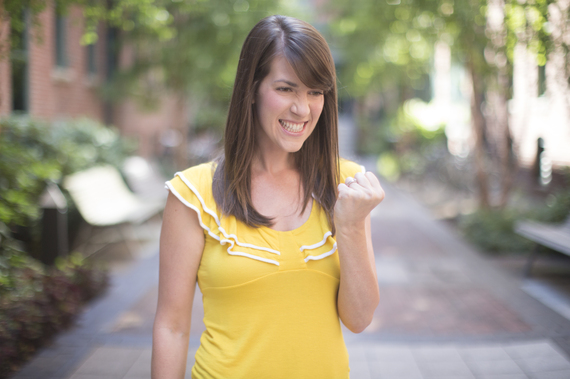 What are the keys to being successful in your career? Education? Connections? How hard you work? Yes, those factors are quite useful, but they aren't a guarantee of success. We've all met or heard stories about that person with the strong pedigree who falls short and about that kid from the wrong side of the tracks that ends up a billionaire. In my experience, I have found three key things that you can do that will set you up for success in your career and many other situations.

1. Follow the directions. Applying to an incubator? Writing a cover letter for a specific position? Bidding on a new project? The one thing that you can almost always do to get through the first round is to follow the directions. Follow them precisely. The directions are there for a reason. I once posted a job for an internship that had very specific instructions. My colleagues thought I was being a bit harsh on those who missed one or two things, so I chose a few candidates who looked promising in spite of missing a thing or two. Not one of those candidates panned out. Not one. The only candidates worth hiring and who I eventually hired were the ones that followed directions. It's such a great way to weed out those who waste time. If you can't be bothered to read everything that I wrote about what I need, I can't be bothered with you. I've heard this from recruiters, investors, and other professionals. All agree that missing something in the directions is the best way to weed out unqualified responses.

2. Be on time. My grandmother is turning over in her grave knowing how many times I have had to wait 5-30 minutes for someone who's late. Not only that, it is more than annoying. Being "so busy" and time-poor is not only selfish, but unprofessional. Sure, we all have an occasion where we are late. However, those who are chronically late let others know that they're flaky and unreliable. A sales executive I know told me that he used to be late all the time because he felt that everyone would be cool with it, since he was bringing in business, making him quite important. When his boss told him that it made him seem inconsiderate of everyone else's time, he took note. It's true. When you're late, you're telling everyone else that your time is more important. Seriously, learn to plan your day. You'd certainly be on time if someone promised you $1,000 every time you made it to your meetings five minutes early. There is no prize for the busiest person that has the least amount of time...except for maybe a lot of stress.

3. Do what you say you're going to do, preferably when you say you'll do it. One of my biggest pet peeves is people who tell me they're going to make an introduction, call me for lunch, let me borrow a book, or anything that they don't come through on. Talk about unreliable! It always amazes me that people will simply tell me what they think I want to hear. Personally, I would rather hear that my bid didn't win, I can't borrow something, or whatever the plain truth is. Sure, there are people that try to avoid conflict at all costs so they try to avoid saying no. This also makes you appear unreliable and untrustworthy. I met another entrepreneur about a year ago and we seemed to really hit it off. We met for lunch and she asked me to bid on some work for her. She then continued to say that she would be ready "next week" for a good 2-3 months. I stopped asking, and she just kept offering. She would also send a note asking to get together for lunch "next week." I always replied that it would be no problem and then suggest a date, only to not hear back for weeks. Of course, I never expect to meet with her again. It would have been much better to say the bid was too high or not right or even just stop talking to me. Leading someone on or saying that you're "gonna" do something makes you seem very unreliable.

It's that simple. Do these three things - diligently - and I promise you will notice the rewards.

What are your keys to success?