This column was co-written with Michael Lee Stallard.

Five of the world's largest banks recently pled guilty to an array of antitrust and fraud charges, Takata admitted that airbags it manufactured were defective and GM is expected to pay a record settlement for failing to disclose a defect that contributed to 104 fatalities. Is anyone surprised by this news? News of companies cutting legal and ethical corners has become all too common.

Sadly, we have come to distrust most large corporations. Contributing to the negative attitudes many people today have are the unfavorable experiences they may have had if they worked in a large organization. Gallup research shows that over the last decade around 70 percent of employees report they were not engaged at work. 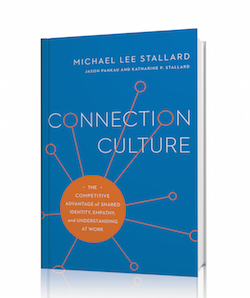 Culture is at the root of the problem. When we use the term "culture" we are referring to the predominant attitudes, language and behavior of individuals in a group. In most companies today, the focus of attitudes, language and behavior is on task excellence and achieving results. This is necessary, but insufficient. Unless an organization's culture also focuses on people and developing relationship excellence, the organization will experience managerial failure and decline. This is a major reason why Fortune 500 companies have a lifespan of fewer than 50 years.

It's also why there is a backlash against globalization. People fear task and results-driven organizations that are indifferent to the human costs of their actions. These fears are not misplaced. A world comprised of such corporations stands on feet of clay that one day will crumble. Don't get us wrong. The leaders who are moving the world in this direction are not necessarily bad people. The problem is one of focus.

Leadership Myopia
When leaders focus on task excellence and results alone, de-humanization naturally occurs. We stop thinking about serving the customer and focus instead on hitting our numbers in order to get our bonuses. We stop caring about the people who work in our companies unless they help us in return. Relationships become quid pro quo and people become means to an end rather than human beings worthy of respect and basic human rights. It becomes easier to prioritize profits over people. Corners are cut here and there to meet quarterly earnings expectations.

When corners are cut, people pay the price. When interest rates or securities prices are rigged in order to hit revenue and profit goals, investors' savings are short-changed. When drug research is compromised to get regulatory approval, patients suffer. When medical benefits are cut to reduce costs, the health of employees and their family members decline. When business is shifted to suppliers who employ inhumane labor practices, human rights are violated. What's out of sight is out of mind.

We need leaders who are willing to create a "connection culture" in their companies. In a connection culture people care about others and they care about their work because it benefits people. They invest time to develop healthy relationships within the organization, with customers and suppliers, and they reach out to help others in need rather than being indifferent to them. In this type of culture there is a sense of connection, community and unity that makes people feel included and energized, and spurs productivity and innovation. 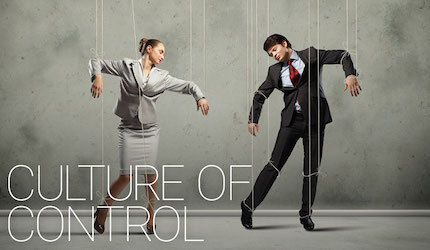 Cultures that are low on human connection come in two types: "cultures of control" and "cultures of indifference." (Take the nine-question Culture Quiz to see which culture you work in.)

In a culture of control, people with power, influence and status rule over others. As a result, others feel left out and they fear to make mistakes or take risks. A culture of control is stifling. It kills innovation because most people are afraid to speak up. Working in this type of culture, you may feel micro-managed, unsafe, hyper-criticized and/or helpless. 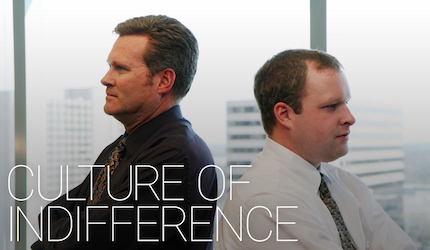 In a culture of indifference, people are so busy they fail to invest the time necessary to develop healthy, supportive relationships. With the push for results, cultures of indifference are predominant today, especially if leaders don't see value in the relational nature of work. As a result, many people struggle with loneliness. Working in this type of culture, you may feel like a cog in a machine, unimportant, uncertain and/or invisible.

Feeling consistently unsupported, left out or lonely takes its toll. As a result, people lack the psychological resources to cope with the normal stress of modern organizational life and turn to unhealthy attitudes and behaviors, many of which are addictive and destructive. Both cultures of control and cultures of indifference sabotage individual and organizational performance.

In addition to focusing on task excellence and results, organizations need three core elements in a connection culture:

One: Vision
What we describe as "inspiring identity" exists in a culture when everyone is motivated by the mission, united by the values, and proud of the reputation. When people share a purpose or set of beliefs it unites and motivates them. Vision produces shared identity.

Two: Value
"Human value," means that people are truly valued as individuals, not merely for what they produce. Value exists in a culture when everyone in an organization understands universal human needs, appreciates the unique contribution of each person, and helps them achieve their potential. Value produces shared empathy.

Three: Voice
This is "knowledge flow" which happens when everyone in an organization is encouraged to seek the ideas and opinions of others, share their opinions honestly and safeguard relational connections. In a culture where Voice exists, decision makers have the humility to know that they don't have a monopoly on good ideas, and they need to seek and consider the opinions and ideas of others in order to make the best decisions. When people's ideas and opinions are sought and considered, it helps meet the human needs for respect, recognition and belonging. "Being in the loop," so to speak, makes people feel connected to their colleagues; being "out of the loop" makes people feel disconnected. Voice produces shared understanding.

Diverse leaders have fostered connection cultures, including Bono of the rock band U2, Ed Catmull of Pixar and Disney Animation, Coach K of the Duke Men's Basketball Team, Frances Hesselbein of the Girl Scouts, Ratan Tata of Tata, and CNO Admiral Vern Clark of the U.S. Navy, as Stallard discovered when writing Connection Culture .

Connection Cultures Enable Companies to Become the Most Trusted Option

Stallard first met Chuck Schwab over lunch in his office, shortly after becoming the chief marketing officer of a company Schwab acquired that was based in New York City. Schwab told Stallard that the Charles Schwab Corporation had a culture that was different than what he had experienced on Wall Street. Chuck wasn't kidding. During the meeting they discussed an advertising campaign created by Stallard's predecessor and Chuck asked if employees were proud of it, to which he replied that they were not. Schwab said we needed to replace the agency that created the campaign. It was the first conversation Stallard had about advertising in which a CEO asked what employees thought.

Chuck Schwab thus demonstrated that he valued his people. After the market downturn following September 11, Schwab had to reduce its number of employees to stem the red ink. This was gut wrenching for Chuck. Employees who lost their jobs received generous severance pay, including access to funds for education and stock options. Has any other company granted employees stock options on their way out? Chuck and his wife personally contributed $10 million to help cover the cost.

Chuck gave people a voice, too. He was approachable. He traveled to meet Schwab employees, provide updates about the company, and hear and consider their opinions and ideas. He was generous about sharing information with all employees. He trusted them. (Most Wall Street leaders don't trust employees enough to share strategic information and want them to just focus on the work in front of them).

After interviewing and surveying more than four thousand people in diverse sectors Stallard came to believe that, to restore trust in corporate America we need more leaders like Chuck Schwab who are willing to create a connection culture that boosts integrity and trust inside and outside their organization.