Electrical components, such as outlets, light switches and home-automation controls are something of a necessary evil--they interrupt expanses of perfect plaster and decorative wall treatments but are required for everyday functionality. That's why most designers have a range of techniques for making them less obtrusive, such as installing outlets in baseboards, using floor-mounted outlets and purchasing snap-on screwless wall plates. But in recent years, a number of companies have introduced products that help electrical components disappear even further.

The Canadian firm Bocci, helmed by creative director Omer Arbel, is best known for creating dramatic light installations formed by clusters of glass orbs. But the manufacturer's lesser-known line of electrical components, named 22, is no less magical. A collection of components that can be snapped into a mounting plate that gets skim-coated into the wall during construction, it does away with wallplates entirely. The only visible elements remaining are small circular outlets and switches, which sit perfectly flush with the wall. Because there are no screws, a special removal tool allows components to be extracted for maintenance or replacement in the future. 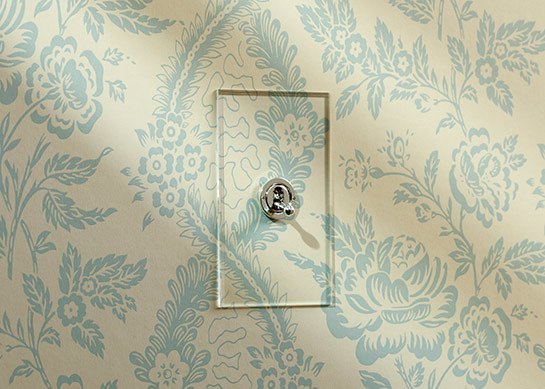 Similar to Bocci, California-based Trufig produces a system based on a special electrical box that gets built into the wall with drywall tape and joint compound during construction. Once installed, it allows switches, outlets, and home-automation controls to sit flush with the wall and uses a thin, removable fascia instead of a standard wallplate. One of the system's advantages is its versatility--it works with a wide variety of electrical and home-automation components, including Leviton and Lutron switches and outlets, Crestron and iPad controls, and even grilles for heating and air-conditioning systems. In many cases, Trufig fascias can also be painted, or covered with wallpaper or wood veneer, to make them blend into their surroundings. Some owners even have them faux-finished to disappear into stone backsplashes. 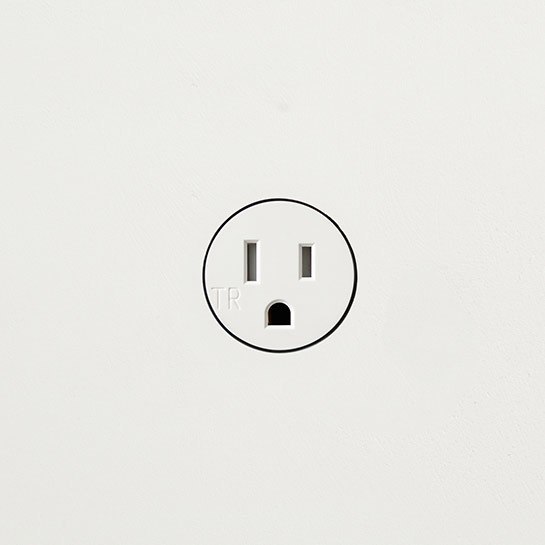 Billing itself as the inventor of "the invisible lightswitch," U.K.-based Forbes & Lomax doesn't quite make switches disappear--but it comes pretty close. The system is based on small metal toggle switches, rotary dimmers, and push-button controls with a slightly retro appeal. These products mount to the wall with a screwless, transparent acrylic wallplate, which sits on top of a second plate that has been painted or papered to match the wall. However, the metal switches are so satisfying to touch, compared with their plastic counterparts, that you might decide you'd rather celebrate them. In that case, the company also sells metal wallplates in a variety of finishes to complement your choice of switches.