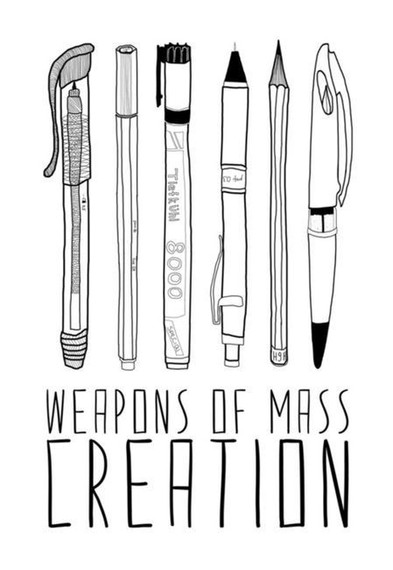 When I started freelancing as a writer about 10 years ago, I had no clue what I was in for. I'd flipped through a few 'How-To' books, before hanging my shingle up on a small corner of the Internet. I figured freelancing couldn't be that hard, especially if you consider yourself a self-starter, which I do.

But I was wrong. It is hard. It tests you: your stamina, your guts, the thickness of your skin.

You have to earn every inch of column space, every byline. It's worth it, of course. You already know that, otherwise you wouldn't be here. You know that the struggles sweeten the victories, however small those victories are.

But if you've forgotten temporarily, if you're despondent over a dry spell, wondering why your pitches aren't being favored, why your inbox is bare, here are three simple tips to help you shake up your approach a bit.

Remember: there's a natural rhythm to this work.

Things will get better. They always do.

Sometimes, you've just got to aim higher. If you've pitched your way across a masthead laterally, try going up. Way up.

For years, I'd been busting my bottom, trying to get into a top tier women's magazine. I'd pour myself into my pitches, crafting what I hoped were fresh, high-impact asks. Fingers hovering over the keyboard, I'd whisper-chant some Oprah-inspired mantra to myself before ceremonially hitting 'send.'

The silences were deep and gaping and disorienting. Had my pitch been considered? Read, even? Was anybody listening? HELLO?

One day, as I thumbed through a paper copy of the magazine, it occurred to me that I had never tried a senior editor before. So, I took a gamble. I pitched someone especially intimidating, and was floored when she wrote me back. She offered me a redirect, which quickly led to my first, front-of-the book piece for the magazine.

I learned my lesson: Sometimes, instead of working from the ground up, it helps to go the other way around.

Two weeks ago, I tried the tactic again: this time sending a completed piece to the CEO of a media corporation: a move that breaks all the good-freelancer rules and is basically bat-shit crazy. But sometimes, bat-shit crazy pays off.

A few hours later, the CEO wrote back. When I read the e-mail on my phone, I was with my closest friends, mid-pizza party. We all yelped and cheered, as my phone got passed around.

The CEO had responded in such a thoughtful, kind way, I could hardly believe it. The next day, my piece was published on the site. I had been trying to become a contributor there for years prior to this. Years.

The moral here? Give yourself permission to break the rules, and to aim higher, and you might be surprised by what happens next.

Editors are human. They are overwhelmed. Often overworked. They make mistakes. Sometimes they can't see what a genius you are, and that's just too bad. Forgive them. They can be abrupt, or dismissive, but it rarely has anything to do with you.

So don't take it personally.

As hard as this is sometimes, don't let the idea that you're not good enough, clever enough, whatever enough, gnaw at your insides. Avoid this not only because it feels bad, but because it's bad for your process.

Self-doubt has this insidious, evil way of seeping into your work. It's not good practice to write when Self-Doubt is at the keyboard. It's much better, for all concerned parties, if confidence is in charge or, even better, Joy.

Self-doubt makes your words shaky. It takes you away from Core You; the you that does know how to write, powerfully and well. And editors can sense that. They have a shakiness-detector. I'm pretty sure it comes with the job, along with an amazing stapler set.

So, let's say you get rejected.

Take the rejection for the uncomplicated thing that it is: a simple 'thanks, but no thanks.' Avoid internalizing that rejection. Be a Teflon pan about it. Make sure nothing sticks.

Don't receive the rejection and turn it on yourself ("I'm such a loser." "What made me think I could do this?" "My dad was right about me." "I give up.").

Instead: muzzle your inner Negative Nelly. Get up, and leave your desk. Power down, and clock out. Go for a run. Hit the yoga mat. Do some gardening. Whatever it is that makes you feel good, that doesn't resemble writing, do that. Take yourself you out of your insecurity, and don't return to the blank page until you remember just how awesome you are. Not only can you write, but you must write. Of course you must.

Several years ago, I read that Rolling Stone magazine was setting up shop in India. I'm not Indian. I've never been to India, and the fact that visiting this country is number eight on my bucket list or whatever, doesn't count for much. But I do listen to South Asian music every day, while I work: Bollywood, Pakistani rock, ghazals, I'm totally into it.

So I targeted the editor-in-chief of the magazine. I e-mailed him a few times, pitching him on a column about new, Diasporic Indian music. When he didn't write back, I set my alarm clock for some ridiculous hour of the morning, and placed a call to his office in Mumbai (which is a subject for another essay).

I convinced him over the phone, and landed a long-term gig, which was great. But even better was the fact that the gig led to others, in India and elsewhere. And suddenly, I had an in with the American Rolling Stone. When e-mailing now, one line about being a columnist for their Indian affiliate-magazine, helps crack the door open a little more for me.

The point is to cast your net wider. Did you once have the most incredible meal at a cute restaurant on the Bosphorus? Pitch it to Time Out Istanbul. Did you meet a promising young designer, originally from Sydney? Send a pitch sailing across the ocean. It might be perfect for Vogue Australia.

Lots of other places publish in English; places that might not occur to you. Hong Kong. Lebanon. Canada. South Africa. The entire United Kingdom. Really, the world is a lot bigger, and smaller, than we think it is. So roll the dice, and let the map unfold before you. Being a writer is such a beautiful, magical, messy adventure anyway.

Don't be afraid to see where it all takes you.

*This piece ran previously, on Medium