This young girl is truly benevolent beyond her years.

Three-year-old Ariana Smith from Winterport, Maine watched a video from Extra Life, a charity that raises money for Children’s Miracle Network Hospitals through video gaming, that featured a girl who didn't have any hair. The curious kid then decided to ask her parents about what she saw, Josh Smith, Ariana's father, told the Huffington Post in an e-mail. 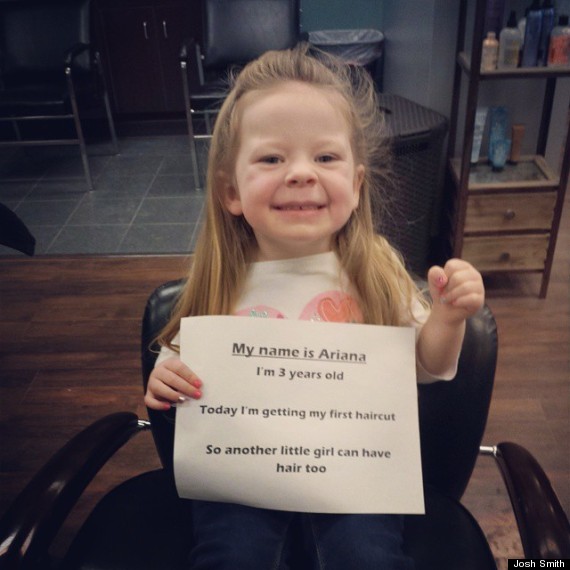 "She asked why the little girl had no hair. We explained that she was sick and that the medicine they were using made her hair fall out," Smith said.

The chat left a strong impression on Ariana.

“Without a second thought, Ariana said ‘Oh, well she can have some of my hair,’” Smith told ABC News. 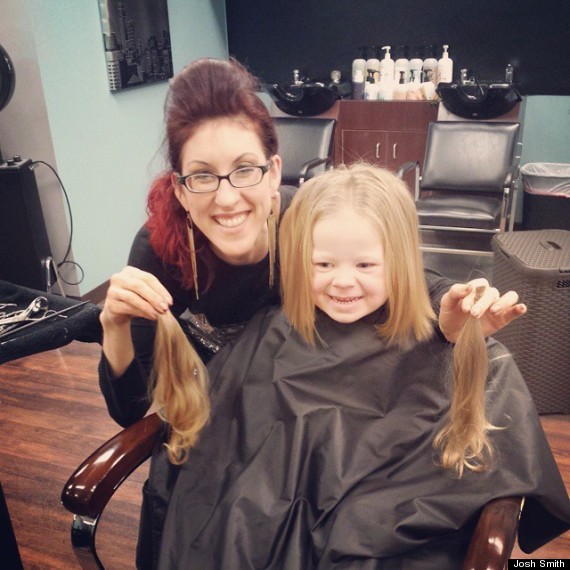 So, on November 21st, the toddler received her first cut, and with the help of her parents, donated her hair to Locks Of Love. The pictures from the milestone, which were posted on Imgur, have since gone viral with over 500,000 views -- an ode to the 3-year-old's generosity.

"She could be so selfless like that," Smith told ABC News. "Her first reaction is ‘How about I give up something that I have so a little girl can feel pretty'."

While Ariana's act of kindness is a noble one, her father says that he wasn't surprised when she expressed her desire to donate her hair. He told HuffPost that she loves helping others -- even when she's playing. 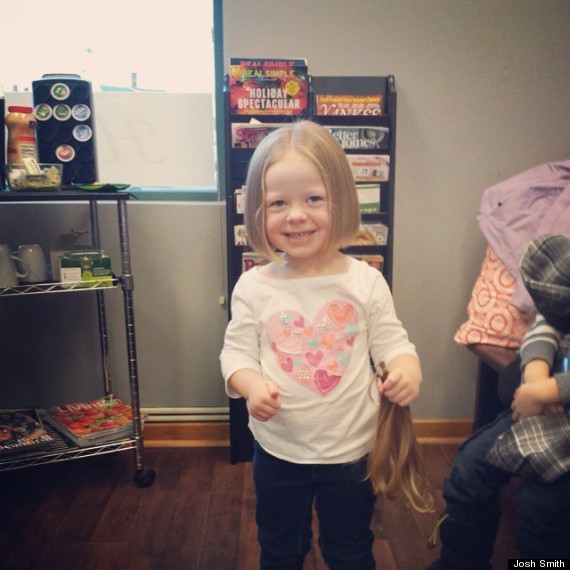 "I think she’s just a caring person," he wrote. "She has a little play set of medical devices which she uses often. I’ve had my blood pressure and heart rate 'checked' hundreds of times this year."

As for Ariana's new hairstyle, the toddler seems to be adjusting quite nicely to her fashion statement.

"She loves it," Smith says of her daughter's new hairdo. "She can eat her breakfast without worrying about her hair drooping into it."

locks of lovecancer cancer treatmenttoddlerdonating to charity
Go To Homepage

From Cancer Sufferer To Bodybuilder