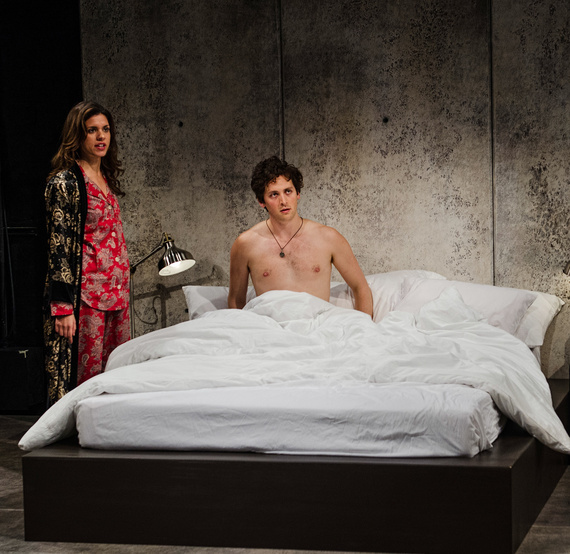 As the show only has three characters, each actor really has to be fully present at all times. There's no hiding of anything (both figuratively and literally as clothing and body image become more of an issue as the show progresses) as the characters delve deeper into their past and present motivation.

In Act Two, everything changes as Doug works on a photo shoot of Leila for her forthcoming book. Only then does the audience begin to see the full-blown issues of politics and gender bias emerge as the whole story materializes.

This is a show that is both entertaining and thought provoking - leaving the audience talking about many different issues as they walk out the door. It is beautifully portrayed by the three actors who ease the audience through a complex journey of exploration and insight.