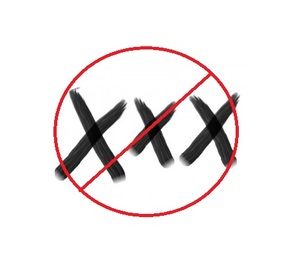 Continuing with the recent public debate over mandatory minimum sentencing, a recent decision seems poised to upset the policies of dozens of states across the union which are largely responsible for an over-burdened and over-crowded prison system that is virtually bursting at the seams.

In a landmark decision--the opinion for which was surprisingly written by Justice Anthony Scalia--the Supreme Court has essentially gutted one of the most controversial and devastating laws of the past thirty years: the three strikes law.

Under three-strikes policies, states enacting such laws will automatically incarcerate individuals for 25-years-to-life after three felony convictions (in some cases, even if multiple "strikes" occurred during the commission of a single crime). While the law has fallen under Supreme Court scrutiny on several other occasions, it is the first time they have found it to be fundamentally incompatible with the US Constitution.

This particular case focused on a particular element of the laws known as the "residual clause" which is said to cover "all conduct presenting 'a serious potential risk of physical injury to another.'" Not surprisingly, the vagueness of this clause has led to serious questions regarding its implementation.

Obama has commuted the sentences of roughly 90 offenders, the bulk of whom were incarcerated under 3-strike style laws and/or mandatory minimum sentencing requirements. While Obama granted the applications to individuals who "demonstrated the potential to turn [their] life around," the commutations can also be considered a condemnation of a widespread justice practice which seeks only to punish rather than providing access to services and resources that might afford offenders with the tools to avoid further offences.

A wave of three-strikes laws swept across the United states on the momentum of Reagan and Bush Sr.'s "tough on crime" rhetoric working in conjunction with the "war on drugs". They fed on panic over violent crimes hyped by politicians and media, creating the misperception that these laws would affect only the most hardened of criminals--career criminals, beyond redemption or rehabilitation.

Nowhere has this controversy been greater than in California, where until serious reform in 2012, any felony conviction could trigger a 25-life sentence--including possession of stolen goods or controlled substances: "the old version of three strikes could lead to gravely disproportionate and even absurd outcomes, like giving someone convicted of shoplifting a longer sentence than someone convicted of murder." The most shocking example of this involved Leandro Andrade, a man who was sentenced to 50-years-to-life under the law for shoplifting $150 worth of video tapes--which prior to the law's enactment who have netted him a mere three years. His previous strikes had been unarmed burglaries, the symptom of a serious drug addiction after his release from the army.

While the Supreme Court ruling does not fundamentally aim at the "justness" of the principles guiding three-strikes laws, legal scholars believe the findings to be significant enough to require most, if not all, to be completely rewritten. We can hope then that in the discussion that will thus ensue, that the tactic will be abandoned altogether. Because the fundamental question we must address as a society is what do we seek to achieve with entirely arbitrary sentences which are both morally and financially out of proportion with the severity of the crimes committed.