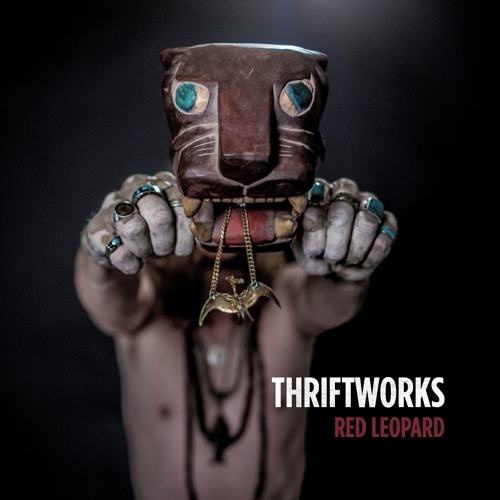 Jake Atlas, better known as Thriftworks, is back at it again with his second full album release of 2016, Red Leopard. The enigmatic producer and molder-of-strange-sounds has crafted yet another sonic adventure through bass and time. Offering a delectable array of drips, glops, trickles, and meows along with guest collaborators like Russ Liquid, Nico Luminous, Mythicalifornian and more, fans of Thriftworks' unique sound can slake their thirst upon this album.

With hip hop roots and a psychedelic narrative, Red Leopard tells a mystifying story populated with Technicolor creatures, lysergic liquids, and galactic soundwaves. The rumbling bass takes the listener on a vibratory trip that manifests itself in the form of goosebumps. Strange voices echo and gurgle, blurring the line between audible and inaudible. The sounds flow from ear to ear like sensual ribbons of caramel.

Tracks like "Knee Hugs" showcases Thriftworks' love of hip hop as he weaves his down-tempo sounds with the undulating flowetry so seamlessly. "Haunt" featuring Russ Liquid is a flawless fusion of these two dynamic musician's sounds. Perfectly Russ Liquid and perfectly Thriftworks, it is apparent that this is not their first collaboration.

A thick and voluptuous album, the tracks on Red Leopard will be even sexier when experienced live. Good thing he is going on tour! Bass cases have 25 chances to catch him live this fall. Until then, I'll be slappin' this album 'til the neighbors come a-knockin'. 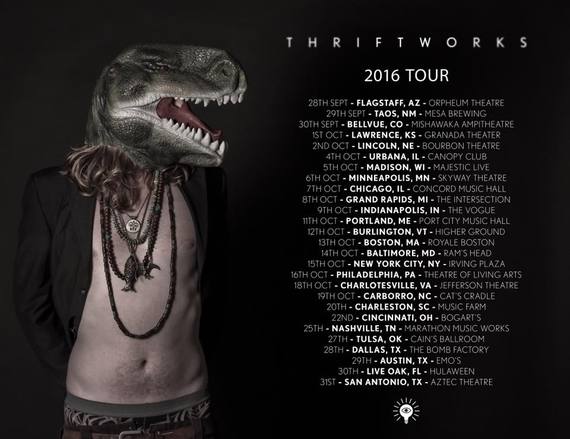