Pittsburgh, Pennsylvania is experiencing a Renaissance. 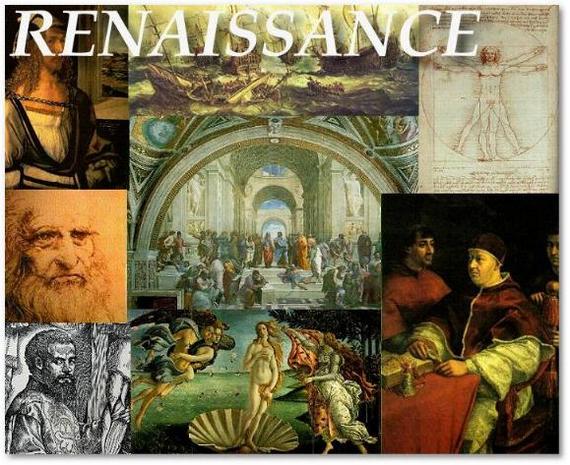 It wasn't too long ago that Pittsburgh was the Steel Capital of the world.

But sometime around 1981, I'm told, Pittsburgh hit what they call "rock bottom." That's when the entire steel industry cratered, leaving only unemployed steel workers, empty houses and shrinking school districts à la Detroit and the demise of their world leading automotive industry. Both were centrally blue- collar towns that almost had to suffer through a tectonic shift to stand any chance of competing in the future.

This reinvigorating, refreshing and pivoting of the economy has been somewhat incremental for Pittsburgh in the last decade or so, beginning with the move toward becoming a medical center of excellence.

With the intersection of the "Three Rivers" (Monongahela, Allegheny, Ohio), the 'transport,' comes an intersection of three big universities (Pitt, Carnegie-Mellon, Duquesne), the 'brainport,' and a whole host (at least 37) of smaller ones. It is this academic concentration that has helped Pittsburgh rebuild a new economic model for industry.

On Tuesday this week, the Thrival Festival kicked-off in a big way.

I couldn't avoid the comparison between Woodstock and Thrival in that people forget or didn't know that Woodstock was an Music & ART Fair festival. The US Festival in 1982 and 1983 was Steve Wozniak's (Apple' co-founder with Jobs) effort to create a music, arts, TECHNOLOGY and entrepreneurship event which would ignite another (Tech) Industrial Revolution. Thrival is much like both of these iconic events in that it features music in order to lure interest in Pittsburgh, technology, economic development and ENTREPRENEURSHIP. Both of these predecessor events took place in rural, almost godforsaken places with no focus on local economic development.

Whereas Thrival is all about Pittsburgh.

1) I've been privileged to travel all over the world to 85 international cities in 52 countries and every Amercian state and major city, except for Pittsburgh. That was rectified Tuesday morning at 11am EDT when I arrived to find a city with bright-eyed and bushy-tailed residents who whether born here or transplanted, share an almost cult-like love of the city of Pittsburgh. As a New Yorker--and we love our city--I've honestly never seen anything like this sheer joy and adoration of a geography.

I now strongly believe that the rest of America has a skewed view of Pittsburgh, mainly because they haven't been here. I know I thought Pittsburgh was a sweaty, old, blue-collar town that'd seen better days and that would've been true in the 1990's. But it's time for the rest of the US and larger world to wake the hell up and get aware of what is going on in this city of Carnegie, Mellon, Westinghouse, Frick, Heinz et. al. So Pittsburgh has been a real eye-opener to me crystallizing the adage "don't judge a book by its cover."

2) Pittsburgh's main competitive advantage, like any start-up or corporation, is its people. The people of Pittsburgh wants desperately to turn things around but aren't desperate about it. They're methodical and patient. And they're playing to their strengths. The 'brain drain' I've heard tell of is countered with what Pittsburghers call 'gumbanders.' In Pittsburgh and surrounding areas they have their own dialect. They call rubber-bands, "gumbands." And they furthermore use this funny sounding term to describe the Pittsburgh natives who leave but always return, as in snapping back. This dynamic of always returning home is very good for Pittsburgh indeed.

Dan Law is the Executive Producer of the festival and a jack-of-all-trades. He's the executor. And it's clear he's assembled a team of young go-getters whom he trusts and can rely on for good judgment, fast action and solid teamwork. An event like Thrival, or on a much bigger scale, TED or Davos has a lot of moving parts and a lot that can go wrong. It's highly impressive to see a rabid group of upstarts sharing a common goal and putting on a smooth, differentiated and fascinating event.

"The base alloy of Thrival is telling the Pittsburgh comeback story and making that story relevant to the national and international community," Law told me. "There are so many angles you can take to do this but we're using the lens of Technology, Innovation, Creativity and Entrepreneurship. The core of all this is that if you can make it here, you can make it anywhere ... it's truly 'Pittsburgh, Pittsburgh.'" Law sees himself as the "Chief Storyteller, crafting the story of a classic, post-industrial growth story of Pittsburgh."

Thrival began organically in 2007 when Bobby Zappala and Luke Skurman, friends who decided to start a fun music event that would connect people. The first year it had a handful of attendees and each successive year grew exponentially until they finally decided to start selling tickets in 2011 and in 2013 changed the event name to Thrival and combination of thrive and revival. Specifically, the revival of Pittsburgh.

Since then as Thrival grew, the friends cobbled together Thrill Mill Inc. a Pittsburgh-based and centric, non-profit incubator/accelerator with anywhere from nine to 20 'cubs' in its offices at any one time. Started in 2013, Thrill Mill has some very high-potential start-ups with the usual and unusual business models.

"It's been very rewarding for me," Bobby Zappala told me, "to watch these budding entrepreneurs get on their feet and grow their businesses. Most of our start-up entrepreneurs are not from Pittsburgh and that shows how easy it is for entrepreneurs to start their own businesses here in Pittsburgh."

The event runs from yesterday through Sunday and features panels, keynotes, entertainment, discussions, networking and music including The Chainsmokers, CHVRCHES, Thievery Corporation and Ty Dolla $ign. 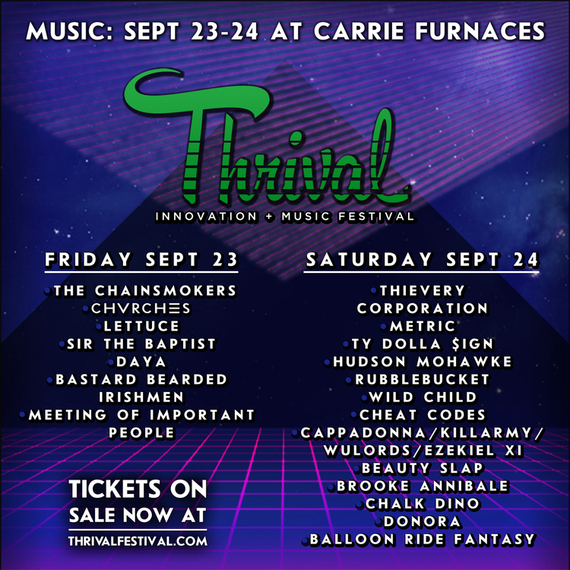 Held at Carrie Furnaces, a huge, old, disused blast furnace, the concert venue will be a perfect tip of the hat to the old while incorporating the new. 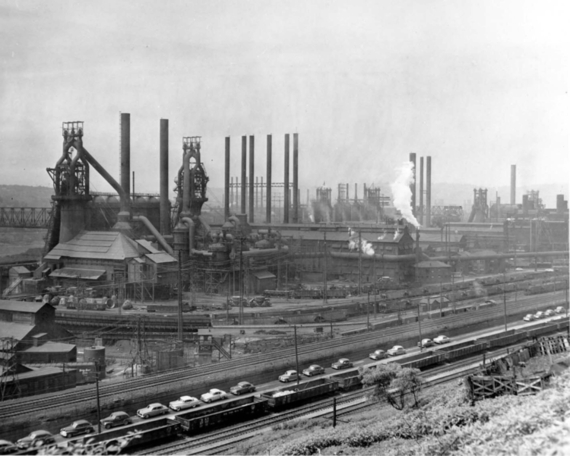 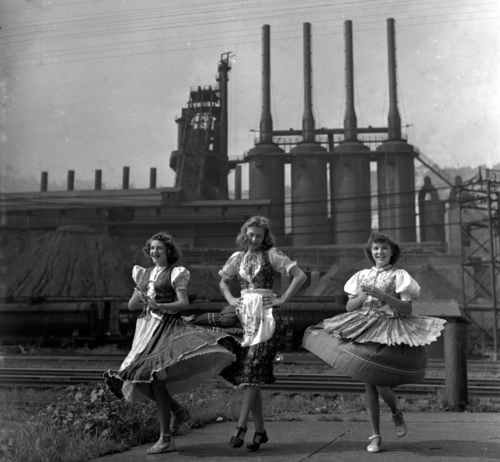 Tuesday, on the first "Innovation" day of Thrival, there were some great panel discussions. And were myriad, diverse small start-ups with tables in a 14,000 pseudo-post-industrial warehouse with concrete walls and a hive of entrepreneurial technology activity. (I'll be covering a series of these fascinating companies changing Pittsburgh for the better this week and next.) 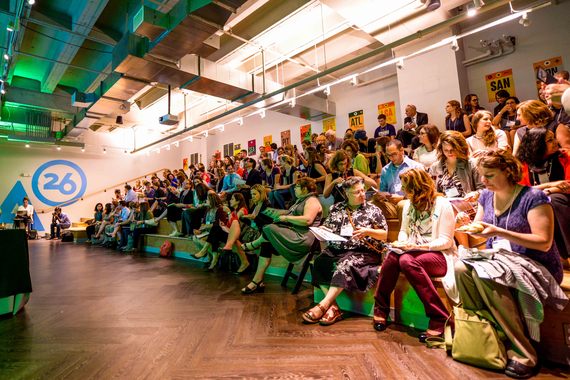 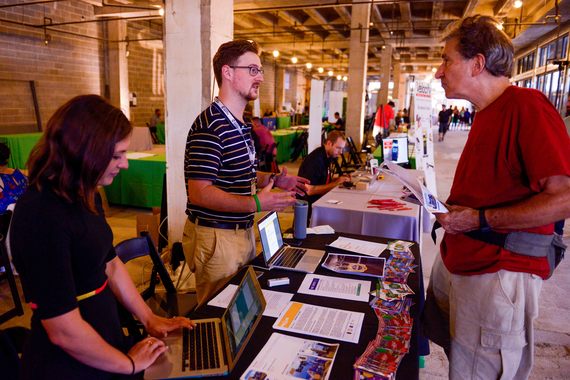 Tuesday night, in the original Carnegie Hall (who knew?) there was an aerial dance troupe, Bombyx Collective, that mesmerized the crowd with a throbbing, tribal, neurological-related performance that was electrifying in their sinewy, acrobatic and graceful entertainment/sports display.

Founded and co-directed by Kristin Garbarino, Bombyx Collective puts on an intriguing show. And, surprise! Garbarino loves Pittsburgh too, flashing a huge smile when talking about it. 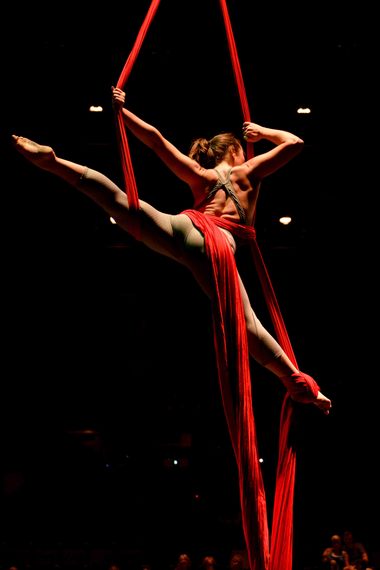 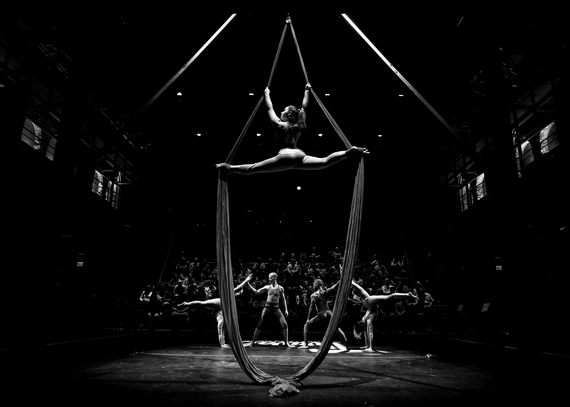 There was an evening keynote by Dr. Bennet Omalu, who held the audience of journalists, business people and civic leaders spellbound in talking about his journey and crusade against the NFL and his medical brethren in pursuing the concussion tragedy amongst football players. 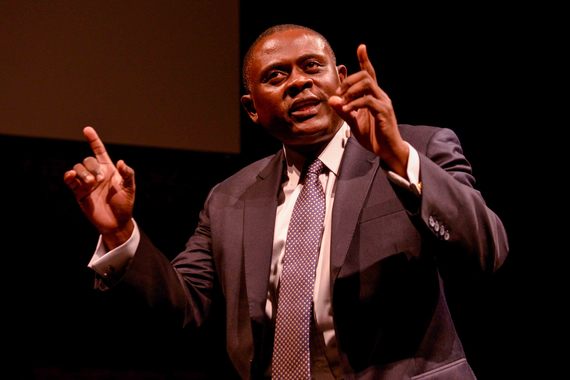 It wasn't easy, as the rest of his life wasn't easy. An intense speaker with an occasional squeaky voice, the Nigerian described an awful childhood in his civil war-ravaged homeland and said he had "very low self-esteem, became depressed later on in life and tried to not be at the mercy of other peoples' consciences."

You may know Dr. Omalu from the movie "Concussion" with Will Smith playing the good doctor. 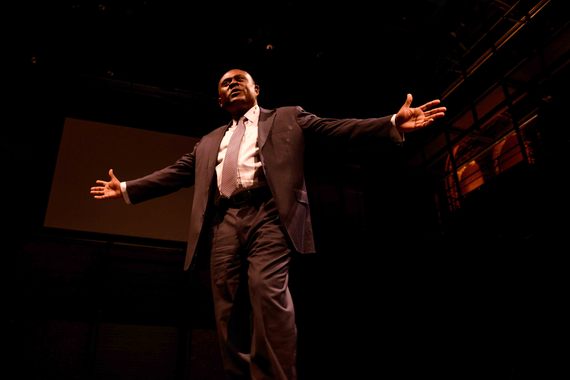 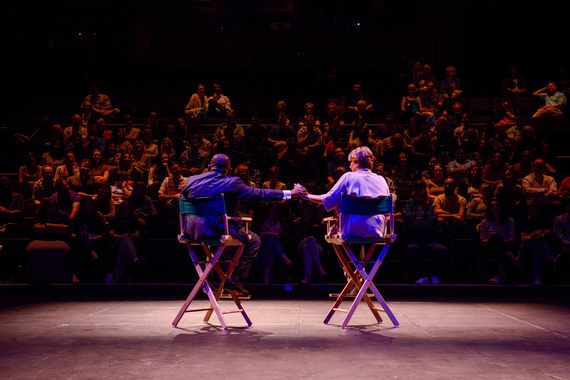 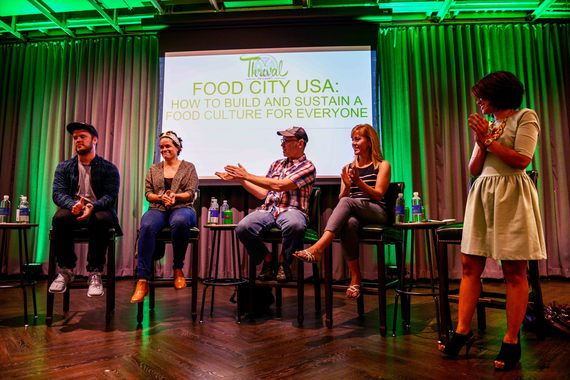 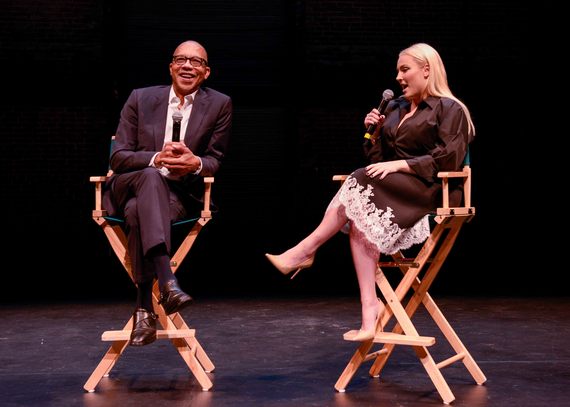 In addition to all the heady, business-oriented activities at Thrival, of course there's also a lot geared toward the younger, hard-charging Millennials. All kinds of funky, offbeat things therefore were also required. Among them, specially designed pancake art (Van Gogh's "The Starry Night") by Dancakes. 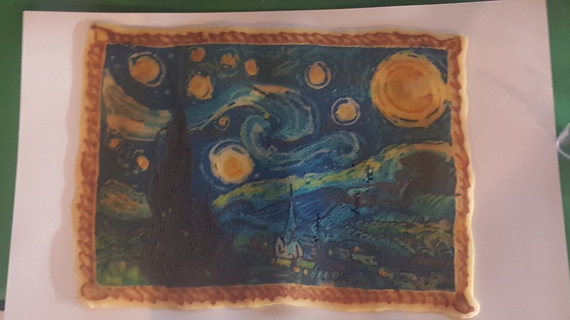 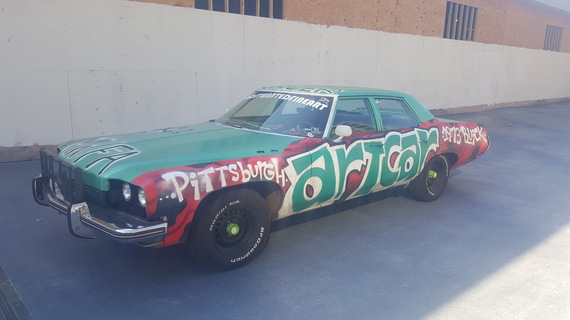 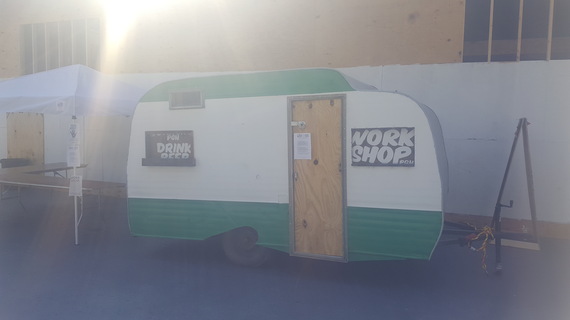 You got to like what Thrival and all Pittsburghers are doing to improve their city. They're all immensely happy living here, but yet, always see the need for Kaizen.

American cities, in general, should borrow a page from Pittsburgh and concentrate on small business, entrepreneurship and ultimately, the creation of millions of good jobs.