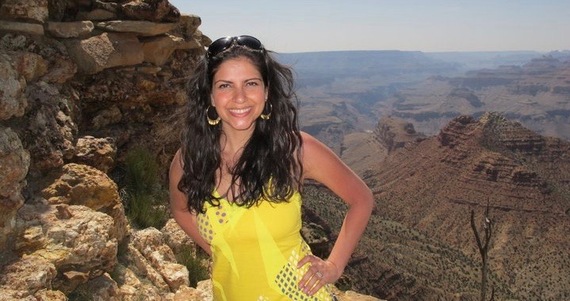 "You need to lower your expectations for your life."

By the time I first heard this, I had already graduated from law school, passed the bar exam, earned a master's in public health and published my first book. I was 29 years old.

The woman encouraging me to expect less of myself was an outtake counselor charged with helping patients reintegrate into society. In my case, I had just spent roughly a week as an inpatient on a locked psychiatric unit where I had been diagnosed with the most severe form of bipolar disorder, formerly known as manic depression.

The counselor was not a psychiatrist or a psychologist or a licensed clinical social worker. Her office wall boasted a certificate that resembled something you'd encounter at a nail salon. I knew she wasn't qualified to make any such assessment, and even if she were, I knew better than to believe her. I was raised to expect more of myself, even and especially when the world -- whether because of my gender, nationality, skin color or any other such nonsense -- expected less of me. Bipolar disorder fell squarely into the "any other such nonsense" category as yet another baseless reason people might think less of me. So my response to the suggestion that I lower my expectations was firm and immediate: "Girl, raise yours!"

Since then, I have published a memoir about my experiences with bipolar illness and become an outspoken advocate for the rights of those living with psychiatric conditions. Along the way, I've met many others who share my diagnosis, some disabled by it, others not. Invariably, the key distinction between these two camps is acceptance.

My response to the suggestion that I lower my expectations was firm and immediate: "Girl, raise yours!"


While psychiatric disorders account for some of the leading causes of disability worldwide, with depression now topping the list, these conditions are not nearly as inherently disabling as the scorn and stigma that surround them.

I know this from personal experience, but even more, I know it from the experiences of all the desperate mothers who have ever broken into tears while handing me a book to sign. They show up at every event, without fail, and their stories are all different, but also the same: grown children who will not accept their diagnoses, whose lives and families are being torn apart as a result, who fail to receive the treatment they need -- not because they are stupid or stubborn, but because they fear the very real stigma that accompanies a label like bipolar.

Wednesday, March 30 marks World Bipolar Day, an initiative started in 2014 and aimed at challenging this stigma by changing global perceptions about what it means to have bipolar disorder. Spearheaded by the Asian Network of Bipolar Disorder, the International Bipolar Foundation and the International Society of Bipolar Disorders, World Bipolar Day falls on the birthday of Vincent van Gogh, who scholars suspect struggled with the illness.

While I tend to cringe at the concept of a day for everything (I'm looking at you, National Frozen Food Day), not to mention the idea of reliable posthumous psychiatric diagnosis, I understand the impulse here. People don't like to talk about mental illness. For God's sake, we still call it "mental illness," as though the brain weren't a fundamental part of the physical body. Given the prevalence of this colossal oversight, not to mention a grossly underfunded mental health system that relies heavily on condescension, coercion and incarceration, it's hard not to support any day that might bring more attention to brain disorders.

Having a psychiatric condition means that you have an illness that requires treatment, nothing more.


But we need to do more than draw attention to the issue. We need to transform the way we view "mental illness," not merely as a kind of clinical disorder, but also as an alternative -- not necessarily inferior -- way of thinking and being. I'm not saying that these disorders aren't serious or that they don't require treatment. They are, and they do. Those of us living with bipolar disorder, for example, face a much higher risk for suicide than the general population.

Still, whatever the specific diagnosis, there remains something extraordinary -- and yes, valuable -- about a mind that works differently. For all the problems that may accompany a condition like bipolar disorder -- and I assure you, there are many -- there is also an upside. Just as we can experience certain extremes of mood and thought that others do not, we can also see certain solutions where others cannot.

My solution to dealing with the stigma surrounding bipolar disorder, for example, has come from the application of a hard-won skill earned from experience as a perpetual minority: an acute aptitude for adaptation. As an Iranian-American Muslim feminist living in the American South, stigma and prejudice are not new to me. I know from experience that they are often the misplaced and unfounded result of others' deep-seated insecurities, so I refuse to let them dictate how I live my life. More than any medication, it has been this mentality that has allowed me to thrive with bipolar disorder.

More:
healthy livingbipolar disorderdiscriminationHealthdepression
Newsletter Sign Up
The Morning Email
Wake up to the day's most important news.
Successfully Subscribed!
Realness delivered to your inbox