"I saw Laurie Anderson in Germany once, leaving a hotel with Lou Reed," Flaming Lips frontman Wayne Coyne recounted in a phone interview this week. "I've never seen her play though. So this is going to be nerve-racking."

He's referring to the fact that he and his band will be gracing the same stage as the famed musician and performance artist next month, during the 25th annual Tibet House Benefit Concert. Along with Anderson, he'll be breathing the same Carnegie Hall air as Debbie Harry and Patti Smith. Nervous seems an appropriate response.

The annual night of music has long belonged to classical music giant Philip Glass, the curator of the event. "Meeting him is like meeting Santa Claus," Coyne mused. "Philip is this crazy musician, and when you're around him, he gives it everything -- every bit of his talent and attention. It's thrilling to be around someone who is giving so much, because it means everything to him."

But there's no denying the power of the Anderson-Harry-Smith triumvirate. In fact, if Annie Lennox's heavenly domination of the Grammy's is any indication, the crowds at the Tibet House show are set for a good reminder that the women veterans of the music industry still have control. 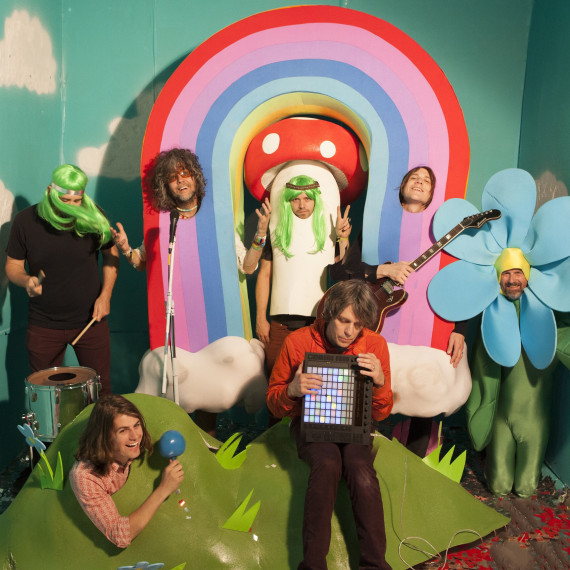 The concert, typically held on or around the start of the Tibetan New Year, is intended to raise awareness for the Tibet House US, a non-profit organization charged with preserving Tibetan culture at the behest of His Holiness the Dalai Lama. Many of the artists involved in the show tend to have an intimate connection to Buddhism: Glass met the 14th Dalai Lama back in 1972. Smith has spoken of her "full-on romance" with Buddhism.

"There's a kinship [surrounding Buddhism] that grows bigger all the time," Coyne added. "The philosophy of the Dali Lama has become more and more accepted as something that's just normal."

Rounding out the stacked bill are Tibetan musician Tenzin Choegyal, alt-country singer-songwriter Sturgill Simpson, fiddlers Ashley MacIsaac and Maybelle Chisholm McQueen, the Scorchio Quartet and a group of monks from the Drepung Gomang Monastery. (Smith will be performing with Her Band and Jesse Paris Smith.) For more on the Carnegie event, taking place March 5, check out the show site here.