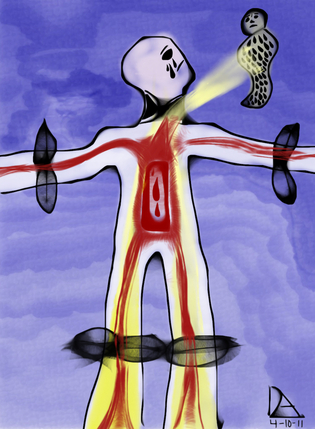 Tied Up At The Hospital (2011), Daniel Leighton

Three days before my first solo show, I stood alone in a Dallas art gallery staring at one of my paintings. Tied Up At The Hospital is about my first visit to the hospital when I was five years old (which I referenced in my last post). Nurses were trying to place a tube into my stomach through my nose; I attempted, with my little arms and legs, to fight them off, until they finally held me down and tied me up. This painting is about the moment after that; the moment when I realized that I was powerless in this fight. I became detached from the whole experience, causing me to cut-off my emotions because they were too painful to feel. It was the right reaction at the time, especially since there were to be many more incidents, of a similar nature and magnitude, yet to come.

Emotion is energy which will not stay stagnant. It hides out in places where you aren't looking because to do so is too painful. It often comes tearing out of you at inappropriate moments, forcing you to acknowledge it. Having Crohn's is like that too; you never know what's coming. You live your life and then, BAM! Out of nowhere a bodiless fist comes and smacks you in the head. Suddenly everything in your life is on hold because you must have a surgery, or some kind of procedure or you just feel so completely awful that everything you do feels like pushing a boulder up a hill. Once again, you are forced to deal with a disease you had hoped would never rear its ugly head again. 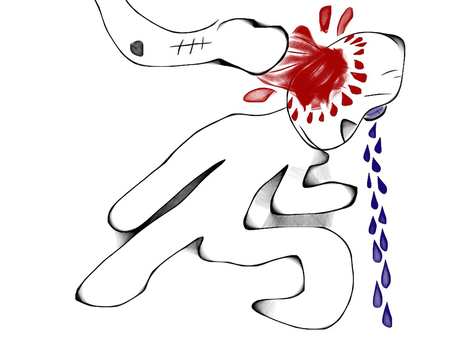 My body reacts quite strongly to stress. Though it is uncertain how the disease would affect my life if I were stress-free, it became clear to me early on that I had to make appointments with darkness. I had to address it before it addressed me.

Simply "letting go" can be dangerous if you don't have a way to find your back to the light. I had to increase my sense of strength and power so that when the tidal wave came, I would be able to hold my ground, as well as my breath, to withstand its emotional power.

Creating a painting about a painful time in my life, allows me to spend time with the experience in a way that I wasn't able to when it was happening. When I am back in the scene I have re-created, time slows; a bundle of fears that caused a "fight or flight" response in my nervous system, when it was triggered, can be mourned, accepted and finally released. I am, at once, freed from the memory that caused so much emotional pain. The terrifying memory, that I once had no desire to remember, becomes a piece of art. It reminds me of that time, but allows me to transform it into something positive and beautiful, that I can now share with others. 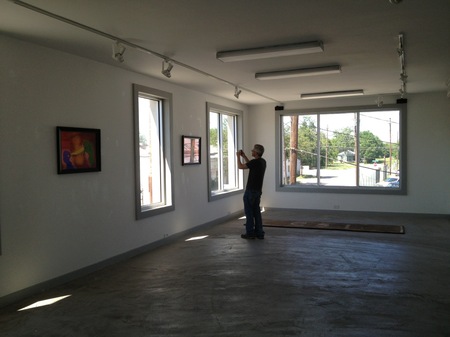