A new report by the U.K.-based Environmental Investigation Agency (EIA), an international advocacy group, suggests that China is knowingly violating its own ban on the trade of tiger bones, as stipulated in a 1993 State Council measure.

Among other things, the report, "Hidden in Plain Sight: China’s Clandestine Tiger Trade," alleges that the government is allowing the use of captive-bred tiger bones for tonic wines thought to have medicinal properties. The EIA believes that several tiger farms in China are using what they claim is a secret government notification issued in 2005 as proof their tiger wine operations are legal.

“The stark contradiction between China’s international posture supporting efforts to save the wild tiger and its inward-facing domestic policies which stimulate demand and ultimately drive the poaching of wild tigers represents one of the biggest cons ever perpetrated in the history of tiger conservation."

Experts estimate the numbers of tigers in the wild to be between 3,200 and 3,500, although it's believed that the captive tiger population in China may be as high as 5,000 animals among up to 200 farms and zoos, according to EIA. These farms are often touted as tourist attractions and sell tiger wine on the premises, which underlines the out-in-the-open nature of these operations.

"Just 100 years ago, there were over 100,000 tigers in Asia," she said. This drastic decline is alarming, and due in part to the poaching of these animals for use in medicinal products, according to Heydlauff.

"Basically, every part of the tiger is sold and consumed," she continued. "For centuries, these enigmatic iconic species [have been nearly] eaten to extinction."

Tonic wines created from the bones of tigers are among the most popular of these medicines. The wine is made by soaking the bones and even entire skeletons in alcohol for varying periods of time, and sometimes soaking the items several times for multiple batches of wine. It's often sold in small doses drunk several times a day, and prices are thought to vary from about $100 on the low end to as much as $760 per vial.

However, larger bottles are clearly seen in a 2010 exposé by Chinese state journalists and a 2011 report by The Guardian revealed that a Beijing auction featured tiger-based liquors with starting prices ranging from about $760 to $30,400 per case.

Such discoveries suggest that China isn't serious about previous declarations to help double the world's wild tiger population by 2022. In 2010, Chinese officials were among representatives from 13 nations that pledged to aid the Global Tiger Recovery Program in cracking down on the illegal trading and poaching of tigers and body parts.

Believers in its medicinal properties claim that tiger-bone tonic wine remedies muscle pain, rheumatism, arthritis and paralysis. It's even said to stimulate blood flow and qi, a Chinese concept often translated as "life force." The irony is not lost on Heydlauff.

"Here you are drinking something that is dead and causing a species to become extinct, believing that its restoring life in yourself," she said of those who use such products.

Although tiger parts have been used in medicinal products for centuries, Heydlauff says increased prosperity in China is, in part, driving the recent market. A booming middle class means that more people are able to afford and purchase these products.

But it's not just China that's cashing in on the tiger trade -- farms in Thailand, Vietnam and Laos are well-known hubs for trafficking. Globalization and the spread of Asian communities that revere products made from tigers have also helped lead markets in Korea, Japan, Singapore and even Chinatowns in the U.S. to carry them, according to Heydlauff.

"Everything has to be done by all governments to curb the poaching of tigers, and the trade and consumption of their parts," she stressed. "Everything from protecting tigers at the source in the wild, which is what Panthera is doing, to the consumer end, wherever that may be"

Below are several images of the tiger trade, which we caution may make some readers uncomfortable. (NSFW)

NOTE: This story has been updated to clarify the remarks of Andrea Heydlauff. 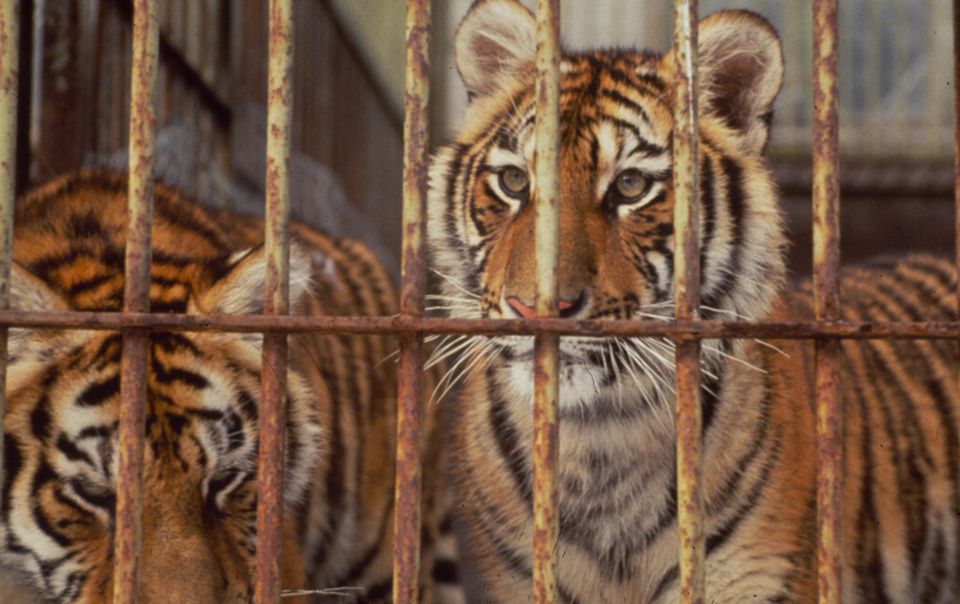