Tiger Woods and Lindsey Vonn's relationship announcement came as a surprise to at least one of the golfer's alleged ex-mistresses -- and she says there could be 15 other girls who were just as shocked.

On Monday, Woods revealed he and Vonn are dating in a Facebook post, saying, "Lindsey and I have been friends for some time, but over the last few months we have become very close and are now dating. We thank you for your support and for respecting our privacy. We want to continue our relationship, privately, as an ordinary couple and continue to compete as athletes."

Accompanying the post -- which confirmed months of speculation -- were four staged photos of the golf pro and the Olympic skier.

TMZ caught up with James to ask for her response to Woods and Vonn's romance. "I thought he would have picked a woman who was more petite and not someone who is more muscular and has a bigger head than his," she said. "But maybe his taste has changed since Elin and the 27 mistresses."

James isn't so sure if the 28-year-old athlete is Woods' one and only. "You know when the pics came out of Tiger and his new girlfriend... somewhere, 15 other girls were going , 'Huh? I thought I was his GF!'" she told TMZ.

Back in December 2009, Woods publicly admitted to cheating on his now ex-wife Elin Nordegren. Following this revelation, more than a dozen women came forward about affairs with the golfer. In 2010, Woods entered rehab for sex addiction.

Despite his past transgressions, Woods has reportedly been open with Vonn. "He confessed everything in his past to her and stuff - they're really into each other," a source told UsWeekly. "They're a really happy couple -- not living together yet."

Woods divorced Nordegren in 2010, while the Olympian and her ex-husband, Thomas Vonn, split in 2011.

Nordegren has reportedly moved on with billionaire Chris Cline, who owns a home near hers in North Palm Beach, Fla. 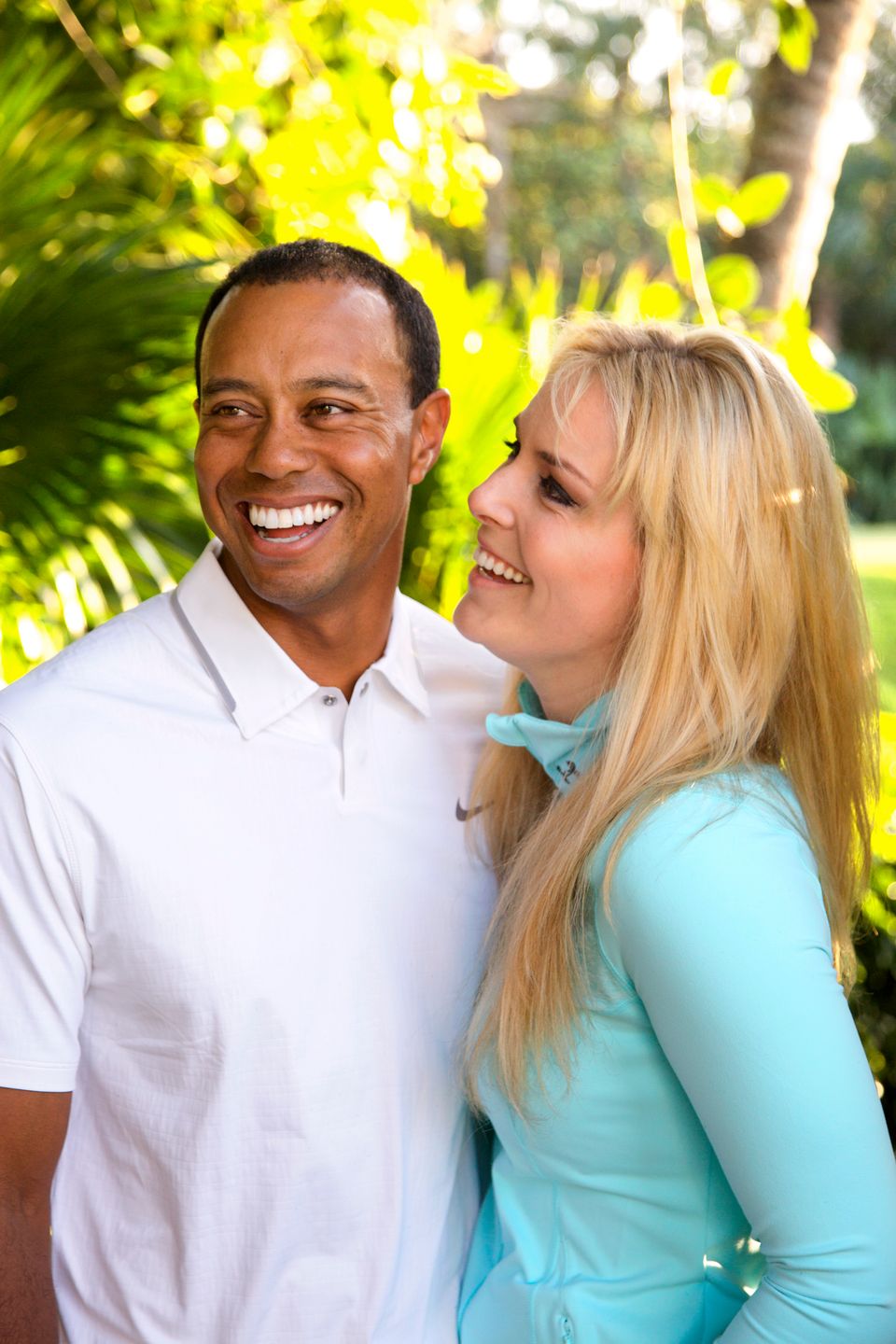