A shirtless Tiger Woods graces the cover of the February issue of Vanity Fair. The magazine features a reflection from Friday Night Lights author Buzz Bissinger and, according to a press release, a "full portfolio" of "never-before-seen photos of a raw, unguarded Woods" taken by Annie Leibovitz.

(SCROLL DOWN FOR PHOTO OF TIGER WOODS SHIRTLESS)

Here is the full release:

Tiger Woods appears on the cover of the February issue of Vanity Fair, photographed pre-scandal by Annie Leibovitz. There is a full portfolio inside--never-before-seen photos of a raw, unguarded Woods.

To read the full article, please go to our website.

Pulitzer Prize winner Buzz Bissinger, author of Friday Night Lights and, most recently, co-author of Shooting Stars, with LeBron James, reflects on Woods's downfall and what his future may hold. Woods "had always been the bionic man in terms of personality, controlling to a fault," Bissinger writes. He calls the pre-scandal Woods "the perfect man and pitchman for our imperfect times, a charming non-person," noting that "with Woods, everything was crafted to produce a man of nothing, with no interior--non-threatening and non-controversial." But "in the end it was the age-old clash of image versus reality.... He deluded himself into thinking he could be something that he wasn't: untouchable. The greatest feat of his career is that he managed to get away with it for so long in public, the bionic man instead of the human one who hit a fire hydrant." 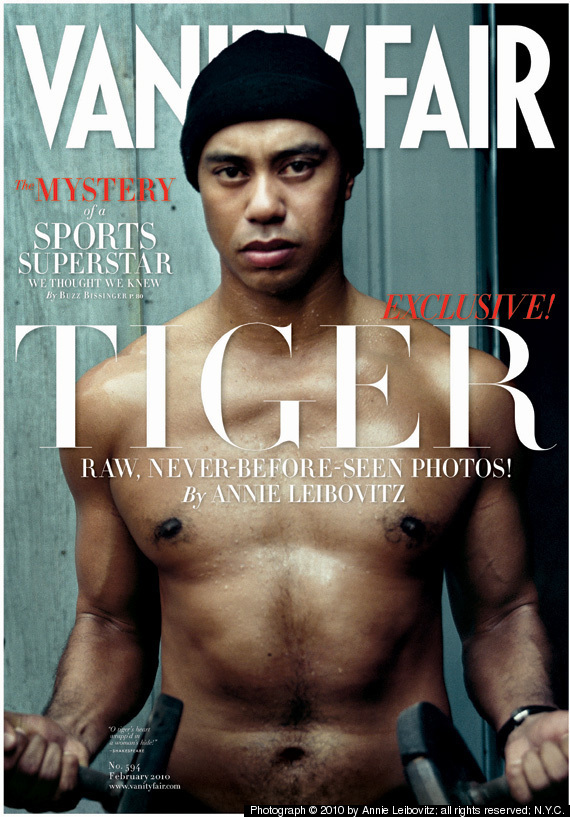