It did not take long after Tiger Woods issued a public apology for unspecified "transgressions" that rumors began to swirl about the financial negotiations between Woods and his wife, Elin Nordegren Woods. First, the Chicago Sun-Times reported that Woods was paying his wife "a hefty seven-figure amount" to stay with him. The article also said that a new prenuptial agreement is in the works.

Today, Gerald Posner of the Daily Beast writes that Woods will likely soon pay his wife $5 million and that the prenup could ultimately fetch her $55 million after two years.

Other financial dealings have been rumored as well. One of Woods' alleged mistresses, Rachel Uchitel (PHOTOS), was reportedly scheduled to admit to having an affair with Woods today but it was canceled at the last moment, which coincided with a RadarOnline.com report that Woods' representatives offered Uchitel $1 million to remain silent. (UPDATE: TMZ says no such deal has occurred.)

It also remains unclear what will happen with Woods' two other alleged mistresses. Jaimee Grubbs (PHOTOS), who claims to have had a 31-month relationship with Woods, already released text messages and a voicemail purportedly from the golfer. She also may have made a sex tape with an ex-boyfriend.

Kalika Moquin, the other woman linked to Woods, denied rumors of an affair to UsMagazine.com

Below are photos of Tiger Woods and his wife. 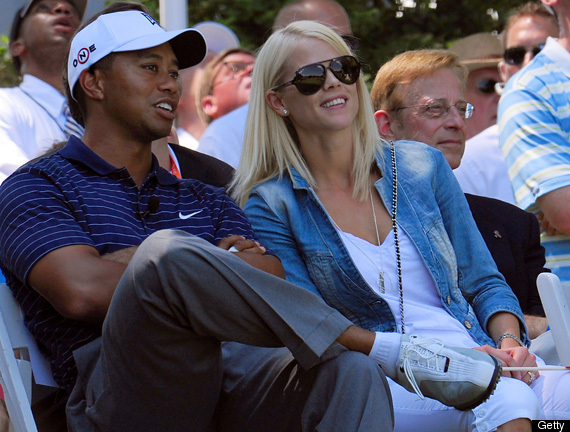 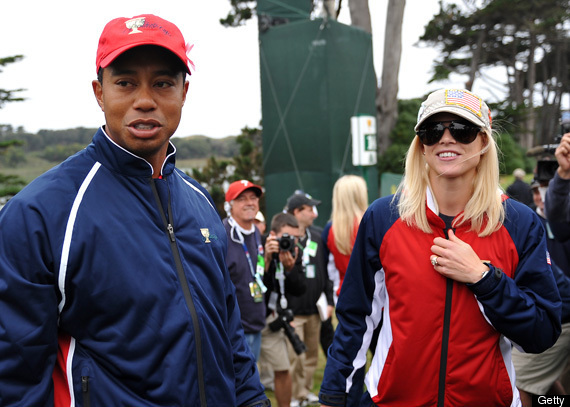 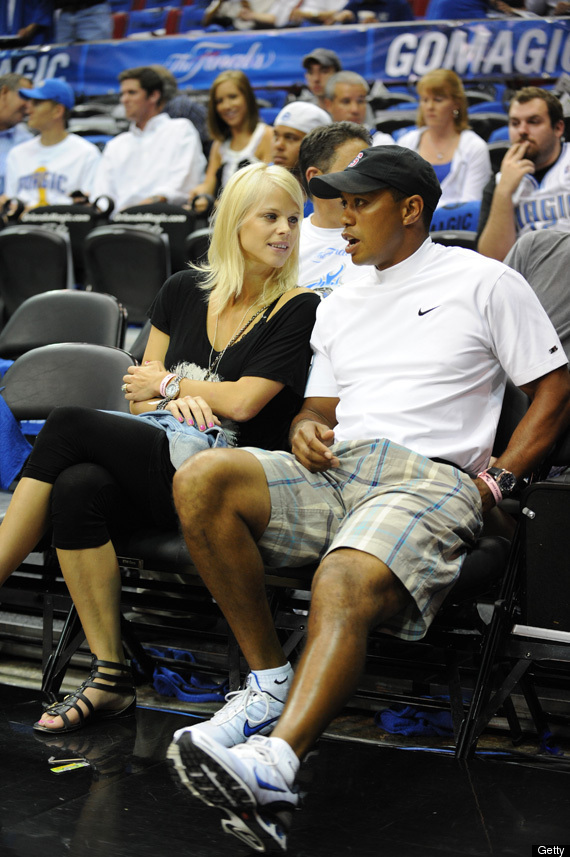 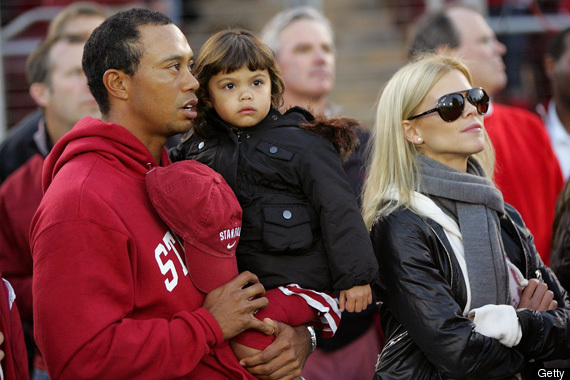