Ebertfest 2013 Dance Along from Ebertfest on Vimeo.

Oscar-winning indie darling and artful napper Tilda Swinton provided Ebertfest with a memorable moment over the weekend when she led an audience of 1,500 in an 11 a.m. dance-along.

Speaking with late film critic Roger Ebert's wife Chaz onstage ahead of a screening of the film "Blancanieves," a jubilant Swinton ran through the aisles of the historic Virginia Theater in Champaign, Ill. and led the crowd at in a conga line-like dance to Barry White's "You're The First, The Last, My Everything," the Chicago Sun-Times reported.

Swinton called the scene "a spiritual service." IndieWire said it was "the emotional highlight" of the festival.

Ebert, who died after a long battle with cancer at the age of 70 earlier this month, started the annual Ebertfest fifteen years ago in his hometown of Champaign as a means of showcasing films -- some new, some old -- he felt were underappreciated. 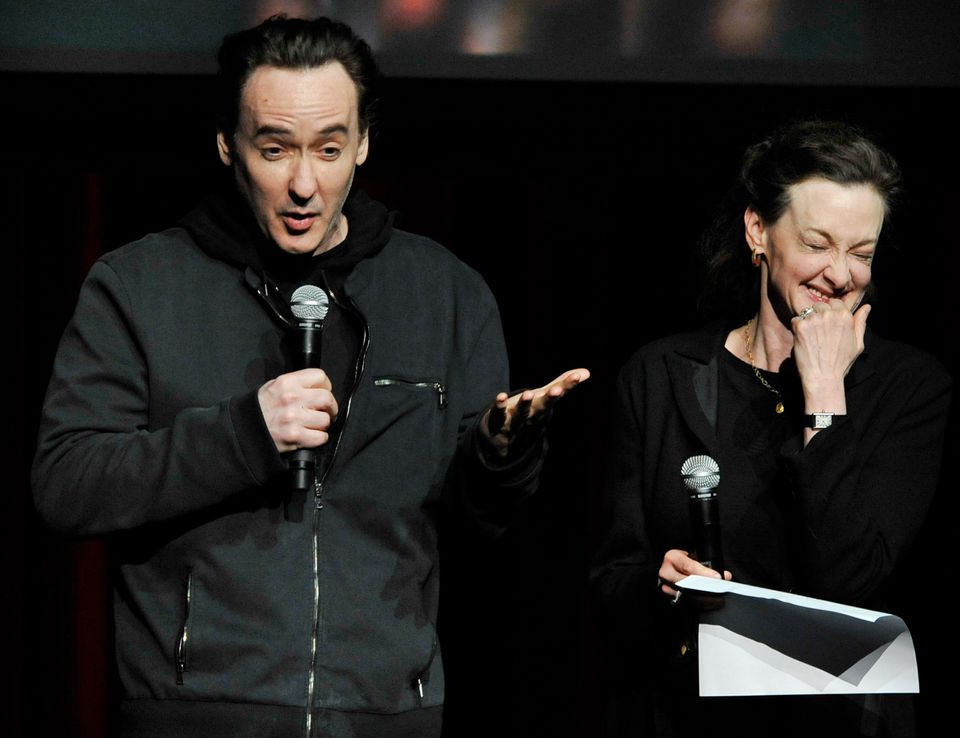 1 / 18
Actors John Cusack left, and Joan Cusack right, talk about Roger Ebert during a memorial for the film critic at The Chicago Theater in Chicago, Thursday, April 11, 2013. The Pulitzer Prize winning critic died last week at the age of 70 after a long battle with cancer. (AP Photo/Paul Beaty)
AP