Actress Tilda Swinton has donated a sizable amount of money in order to help cover the costs of the funeral of Alexei Davydov, a prominent Russian LGBT activist who died last week.

Swinton reportedly donated over $2,000 in order to curtail the cost of Davydov's burial through an online donation service generated by leading LGBT Russian activist Nikolai Alexeyev. A representative for Swinton confirmed that the Academy Award-winning actress had made the donation to The Huffington Post Sept. 30.

Previously, Alexeyev hade made note of Swinton's donation via Twitter:

BRAVO and HUGE THANKS to British actress Tilda Swinton for the donation to cover the funerals of our friend and activist Alexey Davydov.

Swinton is one of many actors and performers who have remained outspokenly critical of the Kremlin in wake of extreme anti-gay sentiment, violence, and legislation institutionalized within the political and social climate of the former Soviet Union. Swinton defied Russia's anti-gay "propaganda" law earlier this year by waving a rainbow flag in front of Saint Basil's Cathedral in Moscow. Check out the photo below:

Tourists attempting what Tilda Swinton did in #Russia are subject to 15 days detention in jail. #Courage #LGBT pic.twitter.com/UGzzi1GUsk

Alexeyev reportedly also thanked all donors who contributed to covering the costs of Davydov's funeral, stating, “Thanks to all who took part in this generous civil act… Alexey was a hero and now he will have a fitting funeral. I am pleased we were able to help in our small way but all the credit belongs to the generous donors and Alexey’s brave activist friends.” 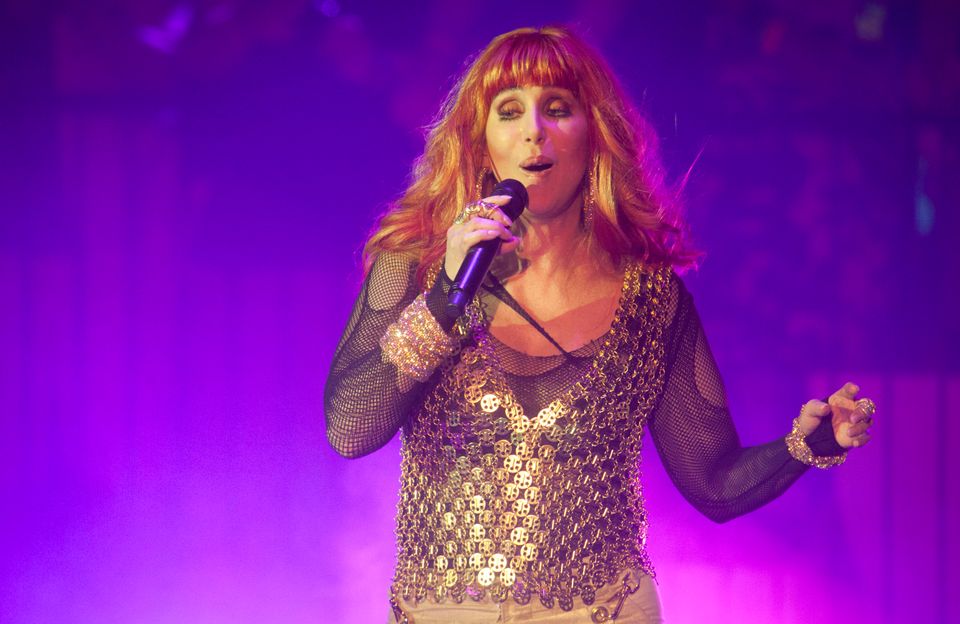 1 / 10
Cher
The legendary singer-actress said she turned down the chance to perform at the 2014 Winter Olympics in Sochi because of Russia's anti-gay law. "I can’t name names but my friend called who is a big oligarch over there, and asked me if I’d like to be an ambassador for the Olympics and open the show," Cher told Maclean's writer Elio Iannacci. "I immediately said no. I want to know why all of this gay hate just exploded over there." <a href="https://www.huffpost.com/entry/cher-sochi-olympics-russia_n_3921419" target="_blank">Click here for the full story</a>.
AP