Although they’d been in a relationship for over 25 years, John Paul Evans and his partner Peter had scarcely taken a picture together.

“I was critical of the way that photography is used to reinforce concepts of the family and normality,” Evans said in an email to The Huffington Post. As both an artist and a scholar, he’s interested in the formal ways marriage and partnerships have been captured over time, beginning with perhaps the most famous depiction of a union, Jan van Eyck’s "Arnolfini Portrait."

In van Eyck's painting, man and a woman stand stiffly and chastely apart, hands interlocked. Their room is littered with stuff: a mirror, a decadent light fixture, an adorable dog. All that’s missing is a white-picket fence. The pair looks both distant and at ease -- a standard we’ve come to expect from long-married couples.

In his photo series “till death do us part,” Evans hoped to mirror -- and question -- these rigid standards we apply to marriage. The project was conceived of in 2013, when gay marriage was finally on the brink of legal approval in England, where Evans lives.

"As someone who had grown up in a world of intolerance toward homosexuals, it struck me that once you scratch the surface with an issue like gay marriage, these values re-emerge in certain sectors,” Evans said.

In his portraits, Evans and his then-partner, now-husband, play various domestic roles, posing in aprons in a stark kitchen, holding hands while seated at a table, taking a bath together. They assume the parts stiffly, acknowledging that from society’s perspective, they still don’t quite fit in.

“I am aware that Peter and I are not what would be considered as an ideal couple by mainstream media,” Evans said. “There is a 27-year age difference and in real life we have sometimes been confused as father and son. But that is the reality of my lived experience, and on one level I see these works as a personal memoir of two people at different stages in their personal chronology, exploring ideas of space, place and time.”

One way Evans and his partner celebrate otherness within the series is by photographing themselves as outsiders peering into their own domestic space. They stand lurking beside windows, their faces obscured by fractured glass.

“If gay marriage for some people is a perceived nightmare, then making images where the couple seem like intruders has its comic aspects,” Evans said, adding that the choice contributed to the project’s uncanny vibe.

“I hope that the images will convey an unsettling feeling which I would interpret as darkly comic,” Evans said. “It’s a reflection on life and death and the passing of time.” 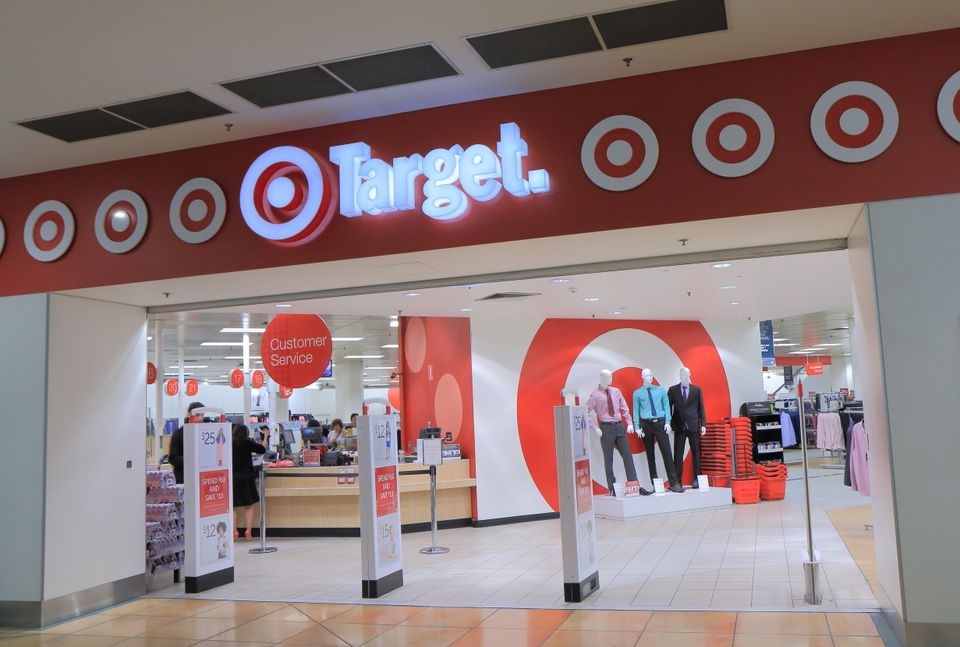 1 / 13
Target Ditches Gender-Based Signage
Target made a bold move in 2015 -- and angered a lot of customers -- by <a href="https://www.huffpost.com/entry/target-gender-biased-signs_55c9ffe6e4b0923c12be0f96">moving towards a gender-neutral approach</a> with its in-store signage. The main change involved removing "boys" and "girls" as identifiers in certain sections like toys and bedding.&nbsp;"We know that shopping preferences and needs change and, as guests have pointed out, in some departments like Toys, Home or Entertainment, suggesting products by gender is unnecessary," Target said<a href="https://corporate.target.com/article/2015/08/gender-based-signs-corporate#sf39850073"> on its blog.</a> "Right now, our teams are working across the store to identify areas where we can phase out gender-based signage to help strike a better balance."
shutterstock