This weekend the "Tim Burton" exhibit opened at the Los Angeles County Museum of Art. Previously at the Museum of Modern Art in New York, the exhibit's Los Angeles opening was a star studded event including Winona Ryder, Slash, Danny Elfman and Burton himself. The exhibit is quite large, and serves as a retrospective on Burton's career.

Comprised of some 700 hundred objects, the pieces show range from drawings to mobiles. The works give an idea of who Tim Burton was before he became the well-known movie director he is today, including sketches from his time as an artist and his stint as a Disney animator. There are numerous sketches that chronicle Burton's feelings on loneliness and alienation while growing up in Southern California.

Tim Burton fans will rejoice at being able to see props and sketches from all his works, both obscure and well-known. The exhibition also shows Burton's wide-ranging influences from Hieronymus Bosch to German Expressionism. Currently, Burton is working on feature film versions of "Frankenweenie" and "Dark Shadows," the latter staring his frequent collaborator Johnny Depp in the lead role.

"Tim Burton" will be on view through October 31st, though LACMA is closed on Wednesdays. 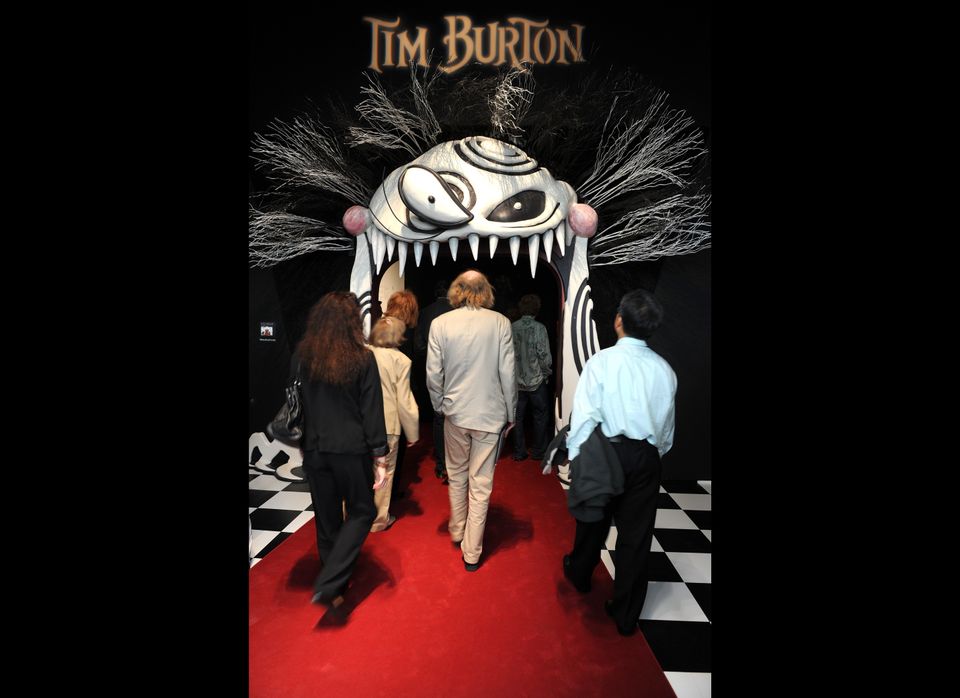 1 / 34
A visitor attends the preview of the Tim Burton's exhibition at the LACMA in Los Angeles, California on May 25, 2011.
Getty Images