The day before Steve Jobs’ death, newly minted Apple chief executive Tim Cook strode across the company’s vaunted showroom stage in much the same way as his predecessor: decked out in black and prepared to unveil a highly anticipated gadget.

The reviews of his first performance were less than stellar. Four years ago Jobs was cheered within seconds of coming on stage to unveil the first iPhone; the crowd reaction for Cook’s unveiling of the iPhone 4S Tuesday was mostly tepid. The BBC’s headline proclaimed: "Tim Cook’s dull debut." "Could they bring back Steve Jobs and right this ship?" Shepard Smith asked on Fox News after the presentation.

The passing of a man who embodied chief salesman, meticulous product designer and long-term corporate visionary leaves an unquestionable void at the heart of one of the world's most successful companies. But Jobs has left behind a management and creative team at Apple that includes some of the most well-respected designers, software engineers and marketing wizards in the country -- though most Americans may never have heard of them.

"They’re coming out of the Steve Jobs shadow, so I think all of them have a little something to prove," said Peter Misek, a technology analyst at global securities and investment banking group Jefferies & Co. "But I feel pretty good about the bench."

Much of Apple’s senior management team has been with the company since Jobs returned to take the helm in 1997, and most have played pivotal roles in designing and marketing the company's signature devices and brands over the last decade. Analysts and Apple observers point out that while Jobs' public charisma has outshone most other leaders at the company, behind the scenes his closest advisers were creating the devices and messaging that made the brand into one that is universally recognized.

"He was the face of Apple: he was very visible, he was very public and as a result, the spotlight always shone on him and the scrutiny always shone on him," said Van Baker, a vice president and research director at Gartner, a technology research group. "But the luxury for the other members of the team was that they could just do their jobs. They didn’t have to deal with the distractions. They got to toil uninterrupted and do the day-to-day work of bringing out incredible products."

The creative side of Apple’s executive team has directly impacted the products most Apple users interact with every day.

Beginning with the artful and translucent iMac more than a decade ago and continuing through the sleek and contoured iPad, Apple’s unmistakable design quality has been the brainchild of Jonathan Ive, the company’s senior vice president of industrial design, whose products have been displayed in the Museum of Modern Art. Scott Forstall, another senior vice president, is behind the operating system for the iPhone and its bevy of applications.

"Keep in mind, just because the general public doesn’t know who these people are doesn’t mean that in the computer world people don't know," Misek said. "There’s not a single one of these guys who isn’t thought of as a rock star in Silicon Valley."

New chief executive Tim Cook, though not nearly the flashy performer that Jobs was, brings the distribution know-how and operational insight that analysts say is more key now that Apple has established itself as a titan.

"When Steve came back, they needed to be a disruptive company. They needed vision and cool products that disrupted the market that was out there, because they were the newcomer," said Scott Sutherland, an analyst at Wedbush Securities. "When you look where they are now, I think they still need to innovate, but they are the leaders. They don’t need to disrupt the market; they need to add to their market lead."

The open question is whether the current team has the long-term vision Jobs had --the knack for dreaming up products that consumers didn’t even know they needed.

"I dont think anybody has really emerged as that visionary who can challenge and innovate," said Eric Chan, the president of Mobileslate, a management consulting firm for mobile and wireless. 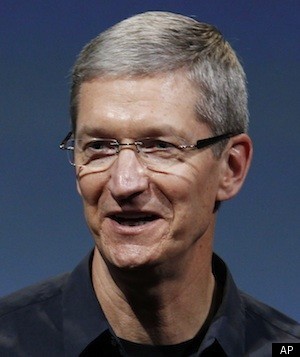 During Cook's first major public presentation as chief executive earlier this week, he did something uncharacteristic of his predecessor: he handed off the bulk of explaining Apple’s new products to two of his deputies.

His style was muted and his humor often delivered deadpan.

"This is my first product launch since being named CEO. I’m sure you didn’t know that," he began.

While Cook's style is decidedly different from Jobs', his knowledge of the company is unparalleled. When first recruited to Apple, he was overseeing worldwide operations, which at that time involved factories that the company actually owned. Over the years he has is credited with significantly streamlining the company’s production costs and driving bargains with third-party suppliers and manufacturers.

"Tim is a supply chain genius," said Misek, of Jefferies and Co. "Steve may have polished and refined a lot of these products, but you've got to be able to make them and procure them in volume in order to be successful, and Tim was a genius in accomplishing that."

Cook’s calm temperament has served as a counterpoint to Jobs' emotional approach to the workplace.

"Since Steve was a very reactive personality, you had this good counterbalance with Tim, in that he was the calm between the two of them," said Rick Devine, a corporate recruiter and managing partner at Devine Capital Partners, who originally recruited Cook to Apple in 1998 from Compaq, a much bigger corporation at the time.

Yet Cook is also known to be extremely detail-oriented and thorough. In a Fortune magazine profile from 2008, a former Apple higher-up recalled an afternoon staff meeting with Cook after a Macworld conference presentation in New York. The employee, Mike Janes, told the magazine that many employees had Mets tickets but were stuck answering questions from Cook for hours.

"We were watching the clock like kids in school," Janes told the magazine. "I still have this vision of Tim saying, 'Okay, next page,' as he opened yet another energy bar. Needless to say, we missed the Mets game." 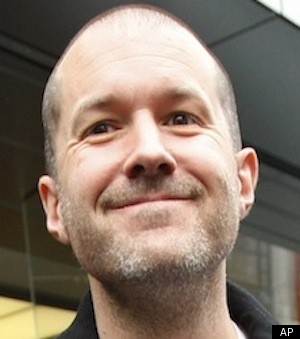 Ive has headed Apple’s design team since 1996, shaping the company's consumer technology products into what are now considered works of modern art.

Ive's team has constantly reshaped and improved the company's suite of products while developing sleek new gadgets that buyers had never imagined. Last year he was named as Fortune magazine's smartest designer in the technology world.

"His design experience has been there from the beginning -- iPod, iTunes, the look of all of that," said Misek. "Steve always had the final touch, but Jonathan never wanted to present anything to him that was crap, because he would get fired."

A 2006 Businessweek profile of Ive illustrated the lengths to which he and his team went to create the unique look of Apple’s first iMac desktops.

"To understand how to make a plastic shell look exciting rather than cheap, Ive and others visited a candy factory to study the finer points of jelly bean making," Businessweek wrote. "The team even pushed for the internal electronics to be redesigned, to make sure they looked good through the thick shell. It was a big risk for Jobs, Ive and Apple." 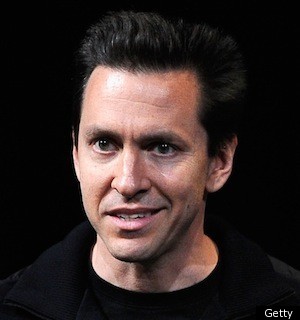 While Ive can take credit for refining the sleek bodies of Apple’s mobile devices, Forstall is the one who breathes life into them.

"Think of him as the mobile software genius," Misek said.

As the senior vice president of iPhone software, Forstall is responsible for shaping iOS, the operating system that powers Apple’s iPhones, iPads and iPod Touches. Apple's future hinges on the success of these mobile devices -- Jobs declared the advent of a "post-PC world" in which laptops and desktop computers would give way to tablets and smartphones -- and Forstall's work is crucial to ensuring consumers pick Apple over its rivals.

He is the general leading the charge in one of the most heated battles currently underway in the tech industry: the war for market share between Apple and Android, the Google-owned operating system that is powering a growing number of smartphones worldwide.

He's spent years absorbing the Apple ethos: Forstall worked with Jobs for more than a decade, first at NeXT, then at Apple after the 1997 NeXT acquisition, and he espouses Jobs' same relentless quest for perfection.

"I actually have a photographer's loupe that I use to make sure every pixel is right," Forstall told TIME magazine of working on the iPhone. "We will argue over literally a single pixel."

"The guy is obviously an unbelievable genius and has the valuable quirkiness, as well as abrasiveness, to have the courage to espouse his high standards," said Jeffrey Sonnenfeld, a professor at the Yale School of Management. "That's something Steve Jobs would like. He's a little more in your face than the other guys. I think that will he helpful for stirring the pot."

"The comparisons and similarities between Scott Forstall and Steve are obvious," said Baker, of the Gartner group. "Similar kind of charismatic personalities, similar sort of presence on stage." 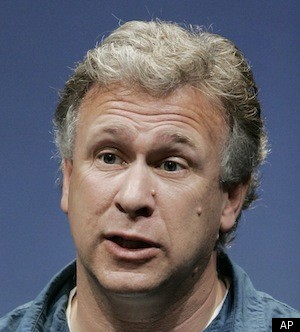 The future of Apple’s legendary "reality distortion field" is in Schiller’s hands.

The company’s top pitchman, Schiller is the behind-the-scenes marketing guru sexing up Apple's slogans, polishing pitches and evangelizing the company to everyone from journalists to developers.

Schiller has also increasingly become the public face of the company and is frequently the very first to present Apple’s latest devices. During Jobs' medical leave in 2009, Schiller unveiled the iPhone 3GS. This week, he introduced the iPhone 4S to the world.

A 17-year Apple veteran, Schiller is in charge of making Apple’s marketing magical, and must continue to do so even without Jobs’ master showmanship and charisma to woo the world.

"He was the apprentice under Jobs," said Eric Chan, the mobile device consultant. "Now that he's moved on, it may be that Phil will be the next sorcerer at Apple." 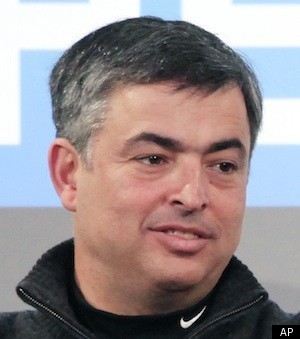 During his more than two decades at the company, Cue has led the way in transforming Apple into a media business of sorts: the company now provides not only devices, but also everything that anyone could ever want to put on them, including music, movies, ebooks, magazines and apps.

Cue has emerged as Apple's envoy to the media world, securing rights to the content Apple and its consumers crave. Earlier this year he appeared alongside Rupert Murdoch for the launch of News Corp.'s iPad-only publication, The Daily.

Cook's first major move as CEO was to promote Cue to senior vice president of Internet software and services, placing under his care the Apple's App Store, iTunes Store, iBookstore, iAd mobile advertising platform and the soon-to-be-released iCloud, which Jobs declared would "demote the PC and the Mac to be just another device."

Cue has overseen the expansion of the company's digital markets, offering downloads ranging from Charles Dickens to Angry Birds, and he will determine the success -- and survival -- of these online storefronts. He has the challenging task of convincing content creators to offer Apple their goods, even as competition for the rights to sell ebooks, music and videos heats up.

Though Cue isn't often in the spotlight, Apple clearly sees him as a star and isn’t planning to lose him: the company awarded him 100,000 shares of stock worth over $37 million as part of his promotion.

"Apple is a company and culture unlike any other in the world and leaders like Eddy get that," Cook wrote in his memo announcing Cue’s new role. “Apple is in their blood."