With the help of a few thespian pals, author Tim Federle recalls his own adolescent experience coming out -- as a theater person, that is -- in this exclusive clip highlighting his second young adult novel, Five, Six, Seven, Nate!

The hotly anticipated follow-up to 2013’s Better Nate Than Ever, Federle’s forthcoming book once again centers on Nate Foster, a 13-year-old musical theater devotee who runs away from his Pennsylvania hometown to audition for “E.T.: The Musical” in New York.

Among both readers and critics, Better Nate Than Ever was a smash, and pre-release buzz suggests Five, Six, Seven, Nate! takes the heart and hilarity of its predecessor to higher notes. A veteran Broadway performer, Federle hopes the message of both Nate books resonates beyond tweens who find solace and self-expression in theater, noting, “The coolest thing you can become is yourself.” 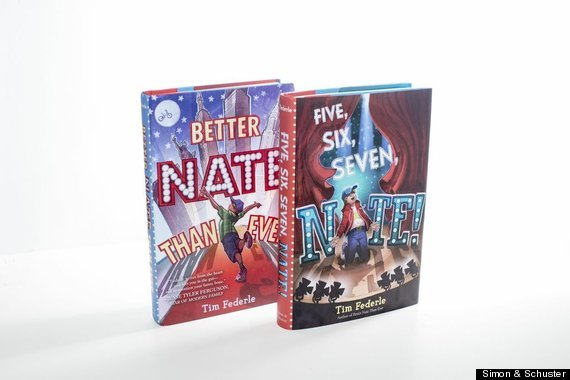 Awesome YA Books For Adults