The twins who went viral listening to Phil Collins for the first time are now “Fallin’” for Alicia Keys.

Earlier this month, 20-something twins Tim and Fred Williams listened to the singer’s 2001 No. 1 hit “Fallin’” for their YouTube channel TwinsTheNewTrend.

The brothers loved the song and Keys’ voice, calling her “a cold-blooded killer” ― it’s a compliment, people!

However, Tim Williams was skeptical that a human could be that talented.

“Trying to figure out how you a person and your voice made like that?” he said in the clip, according to The Los Angeles Times﻿. “It’s gotta be a robot. What? You gotta be a computer or something, bro. I ain’t never heard nothing like that.”

Keys retweeted the twins’ video on Sunday, but felt obliged to nip the robot rumors in the bud.

It’s not the first time I’ve heard people call me a robot but I promise I’m not 🤣😂🤣 https://t.co/bZmXvor1EE

Tim Williams told the Los Angeles Times last week that “old music before I was born” is “actually good, if you pay attention to it, because back then, you really had to use your voice and sing without AutoTune and everything. ... Nowadays, you got computers and all to do that.” 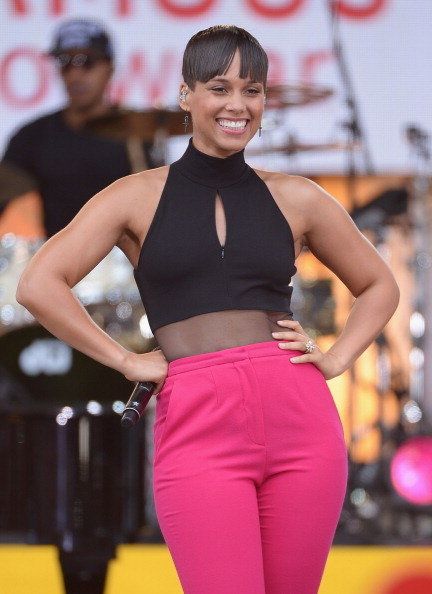