A former NBA star who once declared "I hate gay people" became the first person to sign a new petition seeking to legalize gay marriage in Florida.

Hardaway, whose killer crossover served teams including Golden State and Miami, has been working for years to undo the damage caused by a hateful tirade on South Florida sports radio in 2007. Asked to respond to the coming out of retired player John Amaechi, he admitted to being homophobic and said he would distance himself from a gay colleague:

"You know, I hate gay people, so I let it be known," Hardaway replied in part. "I don't like gay people and I don't like to be around gay people. I am homophobic. I don't like it. It shouldn't be in the world or in the United States."

The resulting controversy nearly ruined his post-playing career and prompted several apologies. Admitting he "had no idea how much I hurt people" and pledging to "do whatever I can to correct it," Hardaway shortly took classes at a Miami-area LGBT youth suicide prevention organization, raised money for a nationwide suicide hotline for young gay people, and in 2011 in El Paso fought a recall of three local politicians who voted to restore health benefits for gay city employees.

"I opened my eyes and went to counseling," he told the El Paso Times.

The Palm Beach Post reports Equal Marriage Florida will have to get over 680,000 signatures from registered voters to get the proposed amendment on the November 2014 ballot.

Meanwhile, according to Miami New Times, Equality Florida is seeking plaintiffs to join a lawsuit against Florida's ban on same-sex marriages. 75 percent of Florida voters support at least civil unions for lesbian and gay couples, according to a March report from Public Policy Polling, but Governor Rick Scott (R) remained unmoved in the wake of the Supreme Court striking down the Defense of Marriage Act.

Check out photos from the signing: 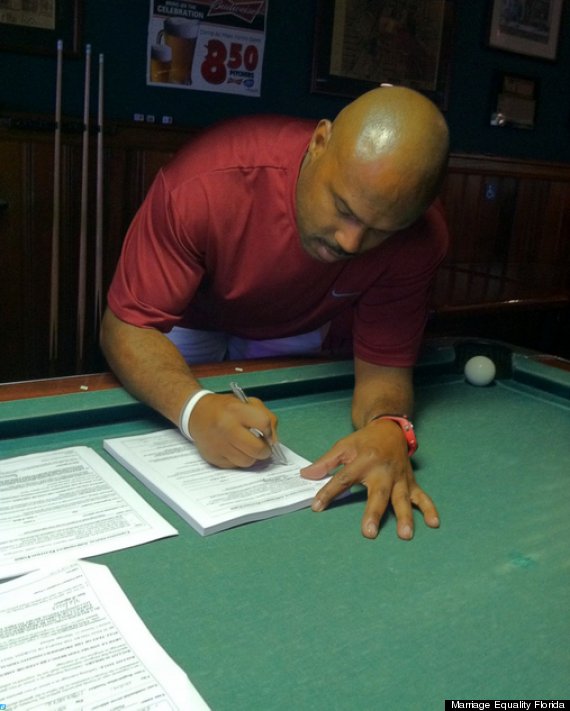 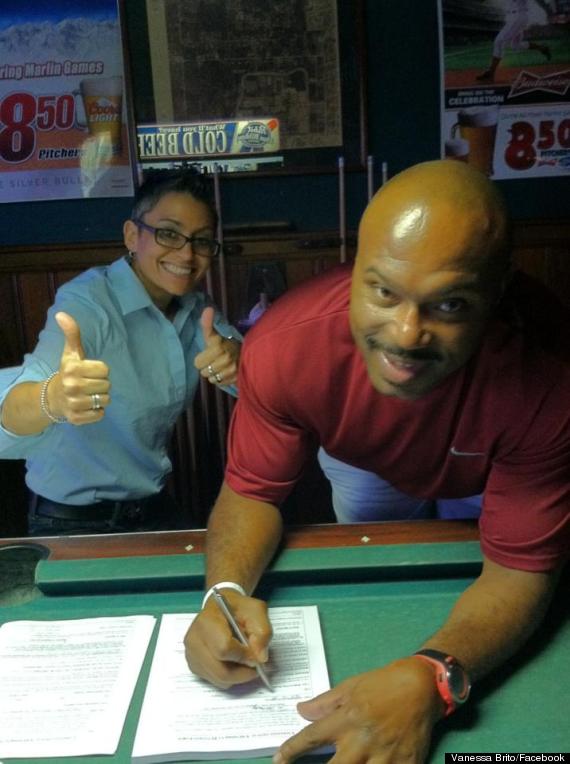 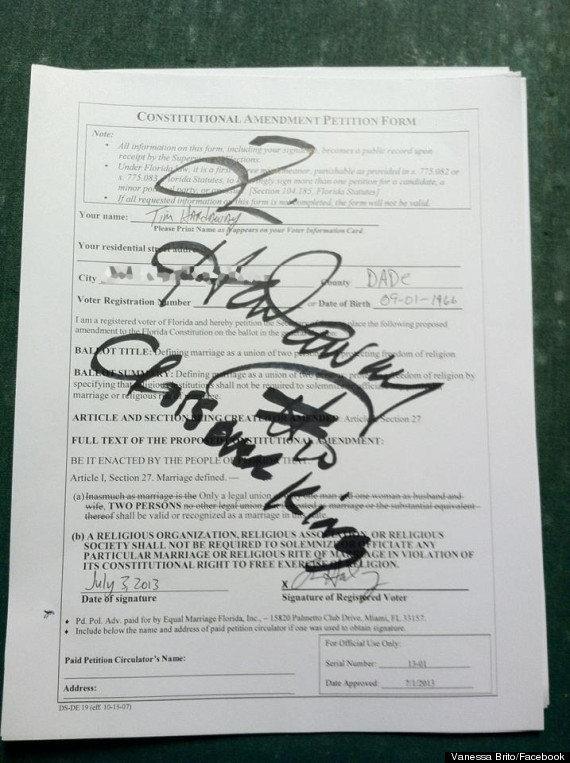