The combination of innovative technology and new business models underlie the most exciting developments coming out of start-ups and large organizations, and the innovators creating these disruptions have influence that extends into the global economy.

Tim O'Reilly, founder and CEO of O'Reilly Media, runs conferences, invests in early-stage startups, urges companies to create more value than they capture and tries to change the world by spreading and amplifying the knowledge of innovators. All the things that O'Reilly Media does are tied together by their original mission when the company was founded in 2002 of "changing the world by spreading the knowledge of innovators."

We find interesting people who are doing stuff that other people want to do and then we try to figure out the best way to spread that knowledge for the future to make it faster and better. 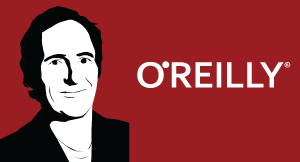 Drawing on the great innovators of the past and present, O'Reilly shares with us some of the knowledge of innovators:

Have a mission -- O'Reilly feels that there are far too many VC's and entrepreneurs who have bought into the "big flip" and are obsessed with their next round of financing and thinking about the exit instead of being interested in building a company for the long term. When looking for an entrepreneur to invest in, he looks for one who is obsessed with their mission, because he says that the really big and successful ones have a mission and know they are building a business for the long term.

We're not interested in the people who from the get-go are gunning for the exits. I started my company with no venture capital, just with the idea that we would find customers and we funded the business ever since by finding people who are willing to pay us for what we do.

There are certainly times when venture capital is the right way to grow a business, but there's also a whole class of entrepreneurs who are often overlooked.

They were not sitting there looking for the flip. They had an engine that they had their teeth into and they had an interesting problem and then some people came along and said okay, we'll help you become a business, and then they got some real coaching and some help and they built a big world changing business.

O'Reilly feels that it should be the ambition of every VC and entrepreneur to have a mission of building a world changing business, and you don't need to be the size of Google to do it.

Then Uber came in with a really wonderful one point vision and now these two companies are playing leapfrog in terms of innovation.

When you look back, Henry Ford wasn't saying 'I want to disrupt the horse and buggy market'. He had a forward looking vision of a kind of society that he wanted to create.

I think that positive way of framing it is so much more powerful and important than just going to break up an old market without knowing what you're going to replace it with.

This doesn't mean that we don't disrupt. Looking at the current disruptive darlings, Uber and AirBnB, O'Reilly says they are disruptive to the taxi and hotel industry the same way that Amazon was disruptive to retailers or Google was disruptive to all kinds of content providers. But they're driven fundamentally by a positive vision of, "wouldn't this be great for people if the world worked this way." O'Reilly feels we need to celebrate -- not the disruption, but the creation.

Have fun and create value -- According to O'Reilly, no matter the size of the company, as long as organizations have the right core values and mission, they can be having fun and creating value. In his career he has found that many of the most interesting movements actually start, not with entrepreneurs wanting to make money, but with people who just want to make something cool and are having fun doing it.

Although the fun stage of companies doesn't always last forever -- when companies get to a certain size the logic of the machine takes over -- the commitment and values driven mentality does. "I think the Google of 10 or 15 years ago was having a lot more fun than the Google of today, even though Larry and Sergey really are deeply committed and values driven," says O'Reilly.

Create your customers -- The e-book by Michael Schrage out of MIT, Who Do You Want Your Customers to Become, makes the case that great entrepreneurs actually create their customers by making the world a place where a different kind of person exists who wants their product.

O'Reilly points to Henry Ford as a great example of this:

He invented the idea that people would take these excursions in their cars on the weekend. The leisure to travel industry, which formerly belonged to only rich people, was suddenly something that everybody could do in their car, and he sort of invented a different kind of world.

Then you look at what Google did by inventing a world where we think that we should have access to all of the world's information at our fingertips and the smart phone is taking that even further.

We've all been changed in a profound way by these technologies and we see that right now, with companies like Uber and Lyft, with the expectations of on demand transportation.

It's a profound shift and it's going to ripple all the way through our society, so a big part of the design of creative disruption and innovation is thinking about the fact that the world could be different and then making it so.

You can watch the full interview with Tim O'Reilly here. Please join me and Michael Krigsman every Friday at 3pm as we host CXOTalk - connecting with thought leaders and innovative executives who are pushing the boundaries within their companies and their fields.