Has the Tim Tebow girlfriend watch come to an end?

According to TMZ, it has. Per the site's report, Tebow's new girlfriend is actress Camilla Belle and the two were "overly affectionate" on Tuesday night at Latitude 30, a luxury entertainment venue in Jacksonville, Fla. Citing sources close to Camilla, TMZ reports that the two are "an item."

US Weekly also reported on Tebow and Belle's night out and wrote that the two are dating, citing anonymous sources.

If true, Belle must have met all of the qualities the Jets' backup quarterback described to Vogue senior features editor Taylor Antrim about his ideal girlfriend.

"Obviously looks play a big part. Being attracted to someone plays a big part, but there’s also so much more than that for me," Tebow said in the interview back in September. "It’s about finding someone sweet and kind—and that has a servant’s heart. It’s about finding a girl who likes me for me, and not because of what I do or who I am or the name.”

Although the reports are unconfirmed, it would cross off a long list of A-list celebrities to be linked to Tebow.

Back in March, singer Taylor Swift and actress Dianna Agron were linked to the 25-year-old devout Christian, but nothing came of it.

Just a few months later, Tebow's Jets teammates tried to set him up with Olympic hurdler-turned-bobsledder Lolo Jones. But as Jets center Nick Mangold took the lead in bringing the two virgin athletes together, Jones tweeted that Tebow had a secret girlfriend. 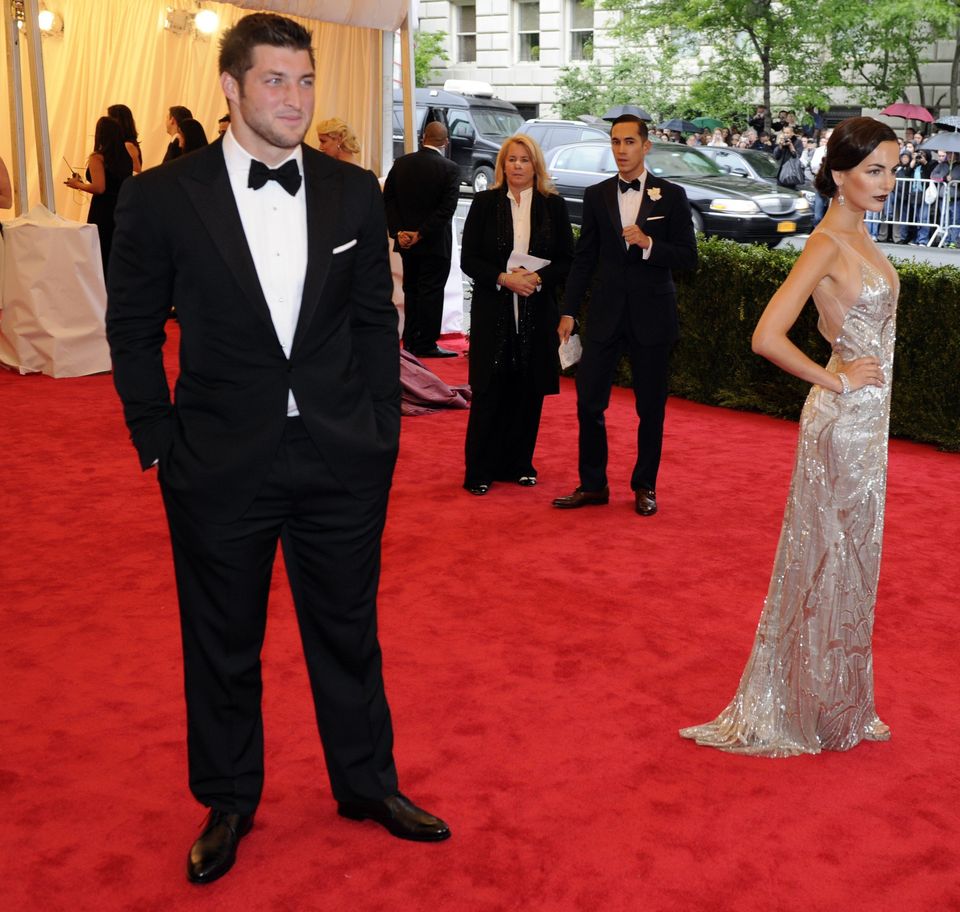