U.S. Olympian Lolo Jones has been beset with people wanting to play matchmaker ever since she appeared on HBO's "Real Sports With Bryant Gumbel" and discussed her decision -- and struggle -- to wait until marriage before having sex. Among those who think they know just the right guy for the 29-year-old virgin to marry is Nick Mangold (@NickMangold) of the New York Jets.

The Jets' All-Pro center, who was an early NFL adopter of Twitter, tweeted at Jones (@LoloJones) to let her know that he is doing what he can to set her up with teammate Tim Tebow, the devoutly religious quarterback who is perhaps the highest profile virgin in sports.

I'm trying to get @timtebow to accept that he and @lolojones are a match made in heaven. #Lobow

@nickmangold thanks Nick but i actually heard tebow has a girlfriend he just isn't saying it publicly. the search continues...

. @lolojones I will try to get some anwers and I'll report back. No worries #Lobow

For those wondering what sort of knowledge Lolo has about Tebow's love life, rest easy. Mangold is on the case. What is not a secret is that Jets players have openly campaigned for Tebow and Lolo to get together. During the first Jets' OTA open to the media, reporters heard Tebow serenaded with chants of "Lolo Lolo" when he entered the locker room. News of those chants reached Lolo, by way of Twitter, and she seemed open to the idea of saying (or singing) "Hello" to Tebow.

"It's now my new goal," Mangold said about pairing off Tebow and Lolo during an interview with NFL Total Access. "This is how I'm going to spend my spring. Usually I try and do a little golfing, but that isn't going so well. So now it's matchmaking."

During a recent interview with E! News, the U.S. hurdler joked about needing a celebrity crush and wanting a date after the Olympics.

"I should actually have one of these, so that you guys can contact him and tell him that I need a date," Jones told E!, per the Daily News. "Whatever actor is watching this and you're single and you are hot, I am single as well. Hit me up after the Olympics." 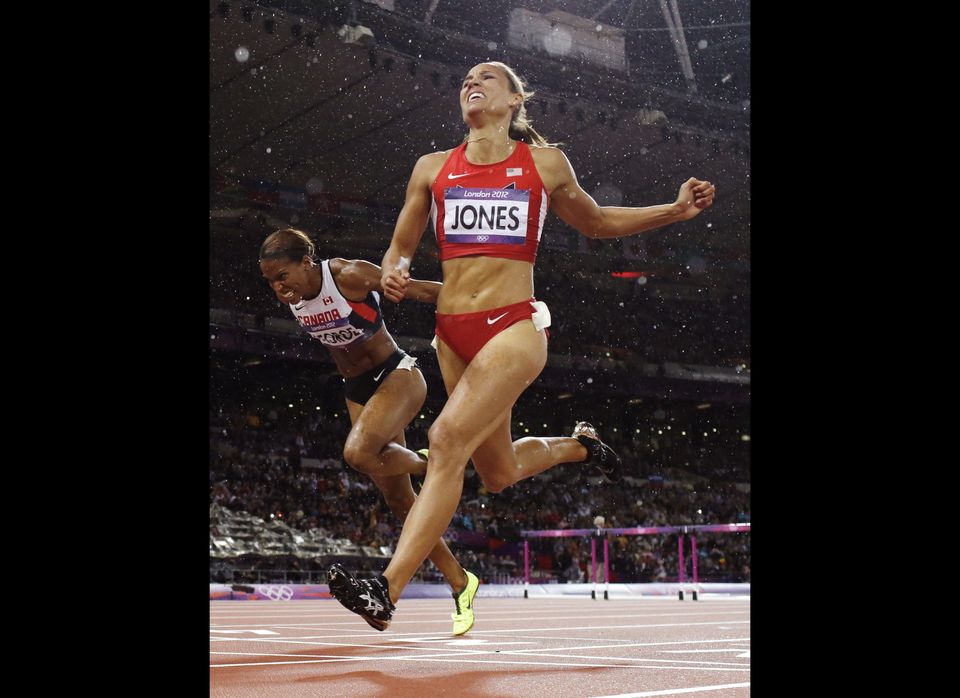