The St. Louis Rams may soon be in need of a starting quarterback and they "have discussed signing Tim Tebow," according to Mike Silver of NFL Network.

Silver responded to the original tweet citing his reporting from NFL: Around The League in order to make clear that it was "unlikely" those discussions would lead to an actual signing of the unemployed quarterback.

Recently spotted in Hawaii, Tebow has yet to find a new team after being released by the New England Patriots in August.

An apparent left knee injury to starting quarterback Sam Bradford against the Carolina Panthers on Sunday could have the Rams discussing possible roster additions -- even Tebow, reportedly. An MRI later revealed that Bradford suffered a torn ACL, according to Ian Rapoport of NFL.com.

A late-night MRI confirmed the news that Rams QB Sam Bradford does have a torn ACL. Big challenge for a team very much in the mix

Sports Illustrated Senior Writer Peter King reported on Twitter that Tebow could be among the quarterbacks worked out by the Rams if Bradford's injury is season ending. Kellen Clemens was the only other quarterback on the Rams' depth chart entering Week 7.

StL1: Sounds like the Rams, if injury to Bradford is as bad as feared, will have a QB-workout day Monday, w/roundup of the usual suspects.

StL2: You know: Leinart, Thigpen, Skelton--those types. Maybe, as @mikesilver said, Tebow. Not Vince Young. Not a a Jeff Fisher-match.

Interestingly, King reported that Vince Young would not be among the "usual suspects" vying for any potential opening with the Rams. Unlike Tebow, Young has not been shy about letting teams know he is willing to come in for a tryout.

Let them know VY is in shape and ready to go! I always loved my birth place and everyone who lives in it IM READY 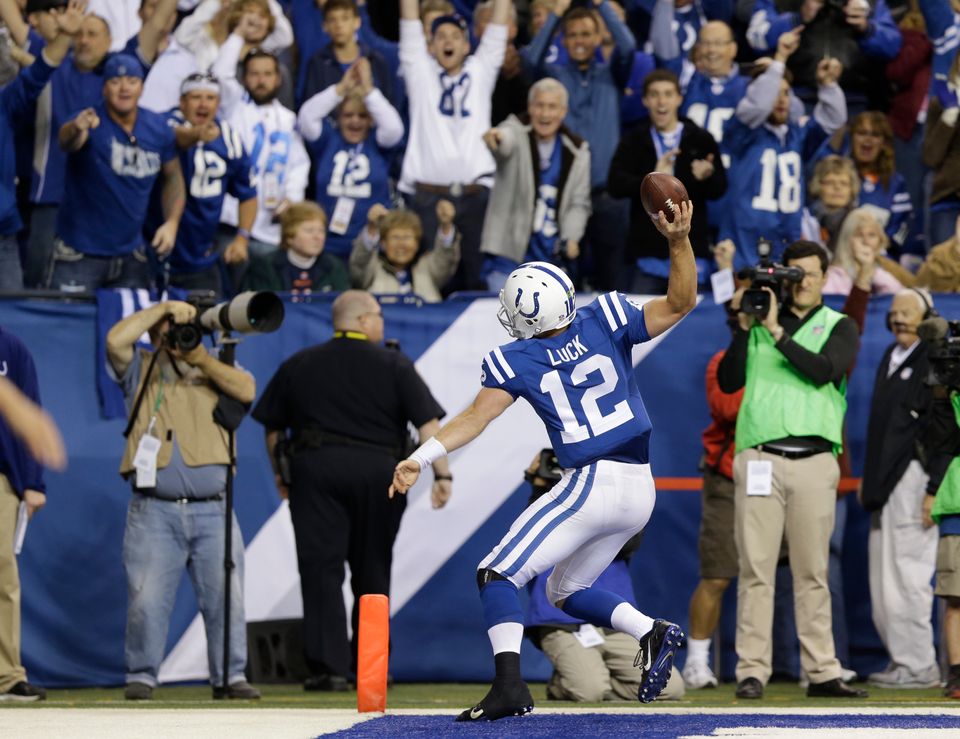 1 / 120
Andrew Luck
Indianapolis Colts quarterback Andrew Luck (12) spike the ball as he celebrates his touchdown during the second half of an NFL football game against the Denver Broncos, Sunday, Oct. 20, 2013, in Indianapolis. (AP Photo/Michael Conroy)
AP