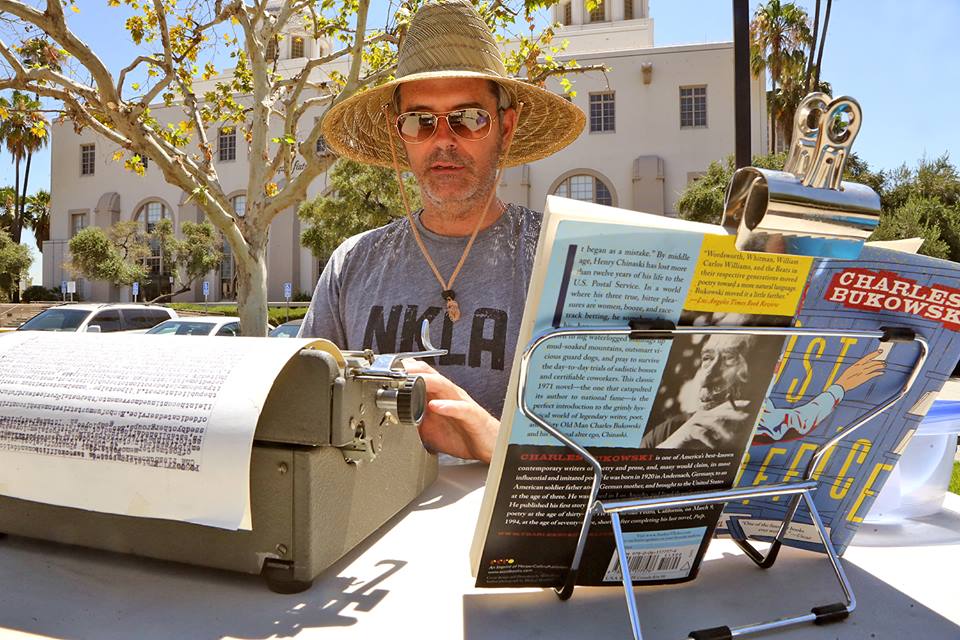 Tim Youd's fingers fly across the keyboard of an Underwood manual typewriter set up in the back of a pickup truck. He reaches the end of the page, winds it back into the carriage and his fingers resume their pattern. It's high noon in the parking lot of Los Angeles' original Terminal Annex Post Office on Alameda Blvd. Despite ongoing water use restrictions during the current drought, the city has no compunctions against setting off the sprinklers in the middle of the 93 degree day and sending a heavy unfocused flow of precious water onto the asphalt.

Youd is flowing too, but with grace and economy. As he creates new patterns from the words on paper, he also performs Charles Bukowski's Post Office, written while the author worked at Terminal Annex Post Office. The artist reads aloud from the page, softly, his voice barely audible over the traffic, the sirens, the sprinklers, the spoken words in rhythm with his fingers. The typed word words, passages and pages of the novel layered by the carbon ribbon into glorious abstraction, rise out of the typewriter with each manual return.

This densely typed portion is one half of a diptych. The second part is formed from a blank sheet of paper taped under the first, the impressions from the keys carving a complex imago. Youd has performed other works in the modern literary canon, most recently in May with Henry Miller's Tropic of Capricorn. He typed away on the sidewalk outside the Henry Miller Memorial Library in Williamsburg, Brooklyn, reading along as always in soft staccato bursts during Big Sur Brooklyn Bridge , a week-long celebration of the author.

Youd's art is regional conceptualism, with the layers of type and indentations influenced and affected by locales geographically related to either the author's life or the plot of the novel. By utilizing the same make and model typewriter used by the author in its original creation and only one sheet of paper, reading aloud, he strengthens his connection to the author while simultaneously de- and re-constructing the original work.

For Charles Bukowski's Post Office, Youd has designed a grueling schedule: Five hours a day for nine days in the Terminal Annex Post Office parking lot from Wednesday July 17 through Saturday July 26. There is no shade, and the temperature predicted to stay over ninety degrees, and heat will continue to rise off the asphalt. On July 27, Youd gets a respite, moving from the post office to Coagula Curatorial in Chinatown where he will complete the work as part of the Perform Chinatown series. 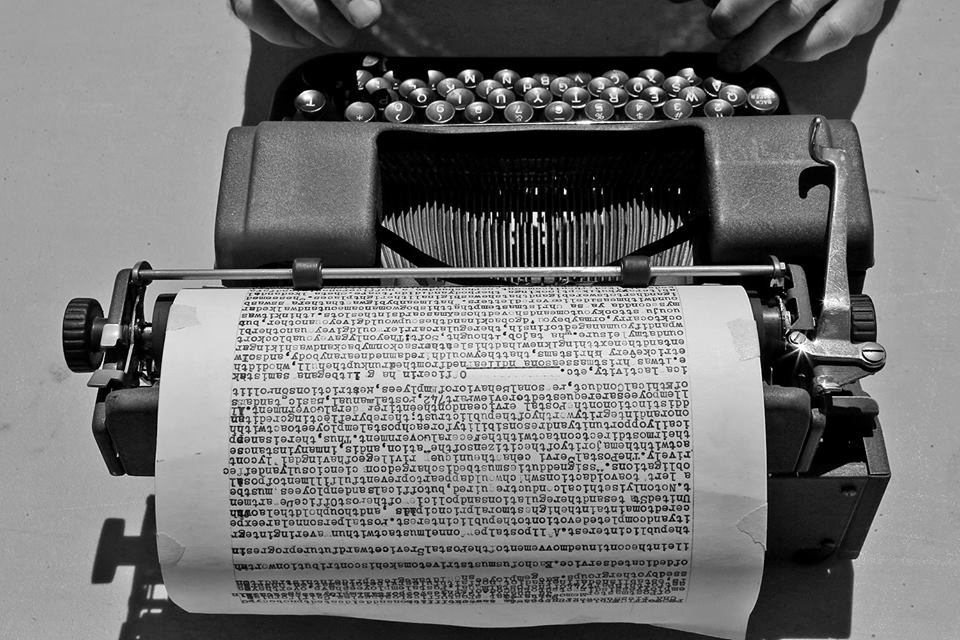