We have a special message for our fans...with a little help from @Spotify: http://t.co/laYWhZkXoT pic.twitter.com/dlKstvOkpk

Harmless enough. But on Monday, whoever runs the Minnesota Timberwolves Twitter account decided to launch what can only be hyperbolically described as a social media grenade at the Hawks, the Wolves’ Monday night opponent:

Hey @ATLHawks, we couldn't help but notice that you enjoy making playlists, so we went ahead and made you this <3 pic.twitter.com/lqzbCAUrmH

The problem with launching such a grenade at the league’s best team when you are one of its worst is that you are almost definitely going to lose the game.

Later that night, the Wolves lost the social media battle as well: 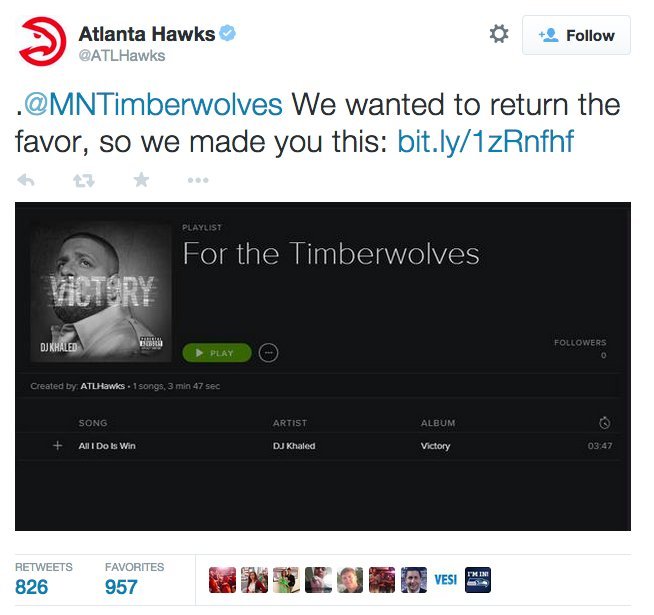