Angelina Jolie's revelation that she had a double mastectomy is front and center in the latest issue of Time.

The magazine put the actress on its cover, with a story about how her decision will put "genetic testing in the spotlight." Time spokesperson Kerri Chyka told Poynter the photo was taken before her surgery in February.

"[When] a woman known for her powerfully iconic beauty announced that she had undergone an elective double mastectomy to reduce her genetically high risk of breast cancer, it was a cultural and medical earthquake — a revelation so arresting it became the subject of TIME’s newest cover story," wrote Time's Jeffrey Kluger.

Jolie revealed in a New York Times op-ed Tuesday that she had a preventative double mastectomy after discovering she had a mutated BRCA1 gene known to raise risks of breast and ovarian cancers. Jolie has been widely praised for the decision and for sharing the news publicly. 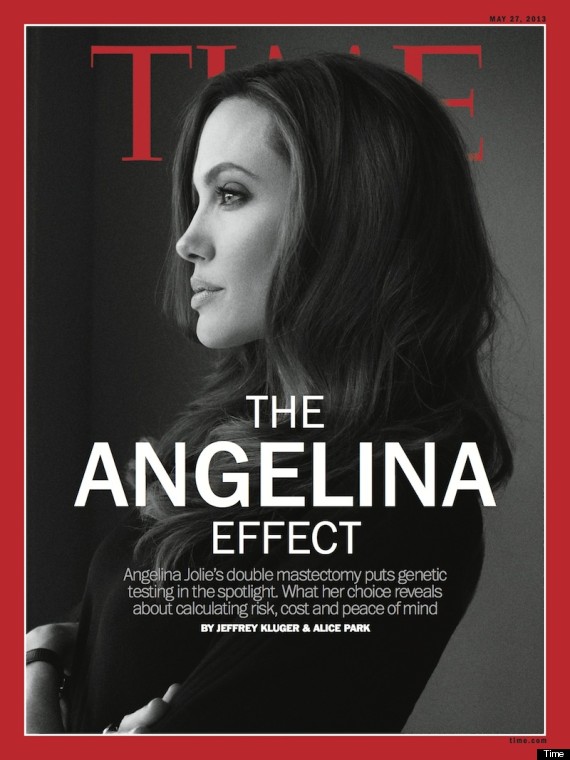