The cover of the latest issue of Time magazine is sure to turn heads and draw gasps from readers.

It shows a three-year old boy sucking on his mother's breast while standing on a chair.

The image accompanies the magazine's cover story about "attachment parenting" — an approach whereby parents breastfeed and co-sleep with their children, in addition to wearing their children in slings.

Jamie Lynne Grumet, the woman featured on the cover with her son, is a real mother who subscribes to the philosophy. Photographer Martin Schoeller shot her and three other mothers breastfeeding their children.

“When you think of breast-feeding, you think of mothers holding their children, which was impossible with some of these older kids,” Schoeller explained. “I liked the idea of having the kids standing up to underline the point that this was an uncommon situation.” 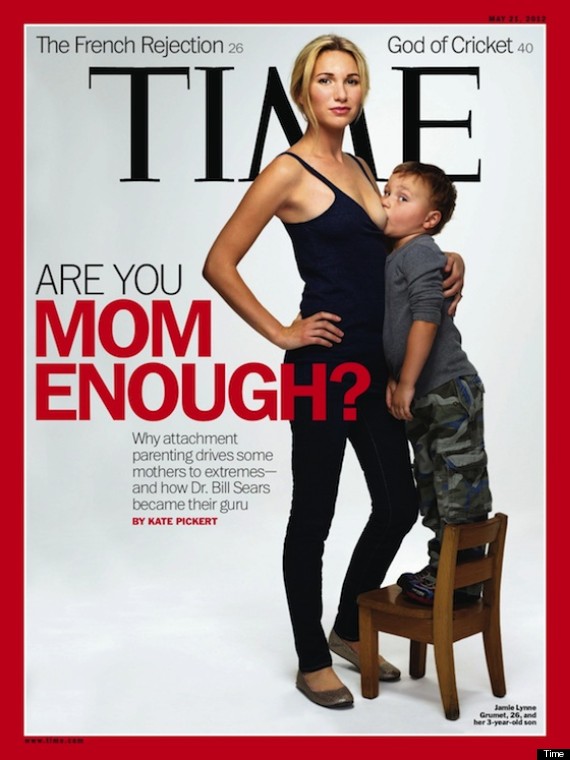