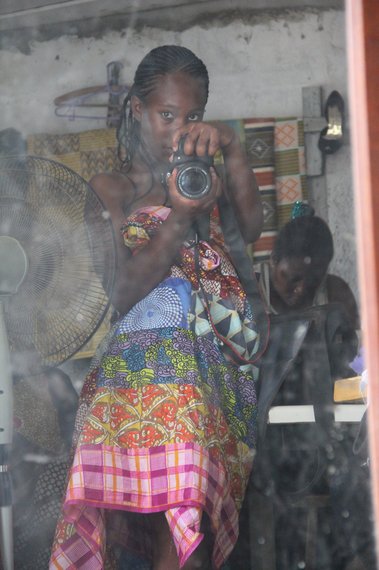 In my quest to find the long-lost Ma'Ati, my ancestral nation, I have come across enough of their philosophies in my research to construct a rough analysis of what they may say about African-Americans having any "cultural retentions."

In the Akan concept of Sankofa, there is a mores that urges learners to "go back and fetch it," the "it" being the heritage and collective memories from which that person would have emerged. This philosophy, though sparkling of Gold Coast allure, is seen all over the continent in different guises. If we were to examine African ethos, a huge factor in its existence relies upon a person's strides to reflect and remember where they came from, so that it can constantly be built upon in cultural meaning making. To remember is to practice a sacred rite. To forget or dismiss this is to sin.

Thus, when Africans on the other side of the Atlantic seek to find themselves and understand why they have emerged as who they are, they are in practice of this ethos whether or not they know it.

Examples of this can be found as something as simple and complex as a block in Brooklyn reminding it's young progeny not to forget where they came from. It can be an acknowledgement of one's loved ones during a rites of passage, something anyone who has been to an HBCU will know. It can be as simple as wearing your hair wrapped in the twists and turns of a head scarf found throughout the African Diaspora. To wrap yourself in garments that scream bold colors more true to our energy channels, or to name yourself something deeper that resonates more profoundly than something of an English construction. According to African derived philosophies, this is a right and a need in a wholly ethical sense. Our morales, therefore, forbid us from dismissing ourselves from our true heritage.

There are those among us, too, who have decided to impart their own meaning onto long meaningful objects, much to the dismay of the children of those who know. Nuba facial markings are used on the wrong ages and in the wrong colors and throw out the wrong meanings for those who know.

Heavy Fulani earrings dangle from wearers unaware of the Peul. The Mandingo are painted Nubian and the Wolof are painted Nubian and the Dogon are painted Egyptian because stalled imaginations cannot conceive of other identities. This too is symptomatic of the route these children were slapped into. But it is not the same. It is not the same of that avenue in Paris that has stolen shimmering magic from a continent and resells it to haughty continentalists at a premium. It's not the same as the catwalk you are not allowed to saunter down. It is not the same as the platform that would break your neck if you tried to climb on top of it. Because you are not snatching anything. It is yours. You only need to respect it by going and fetching its meaning.

Your grandmothers in Alabama have been wrapping their heads since they were dragged through the red tide. Trees chime in the south from the bottles that dangle by their necks. The signs of the Akan and of the Igbo adorn the graves of your ancestors dead already a hundred years in this soil. Dozens of nations snatched from where their own fathers and mothers lay and brought to a place where they would be forced to add expanded identities to this Africa.

And as history has shown us, there is a dangerous precedent that is set when we seek to identify purity amongst a group of people. Doing so insinuates that distance and time sheds one of their true nature, and their blood memory. African-Americans, for example, have had several myths and misinformations hanging over their cultural practices for quite some time.

Their children are scoffed at (why would they adorn themselves in Kente if they ain't never been to Kumasi) and their efforts on cultural re-engagement are lauded as misinformed, devoid of value and ridiculous (they don't need to be playing with the Orisha.) And you believe your cousins on America's shores believe you when you say they don't exist, as you dismiss them and the cultural genocide that whips them away. The Gullah, Geechee, Creole, even your Mississippi Delta kin, who wearily carried the blues with them all the way from Mali only for you now to deny them.

But these children will know, somehow, that time does not exist. Their heritage, and not 40 acres and a mule, is their rightful inheritance. No one at any time could wipe our ancestors from us and it is obvious for those who have ever truly spent time in the various communities that make up this nation, that the continuation of ancestral devotion is a cherished practice that evolved simply as African ethos in a new environment. And it will continue to be so, whether 40 years have passed or 500.

Time does not exist.