What's the most important problem facing the country today? Answer: government. In the latest CBS News-New York Times poll, "politicians and government" edges out
"the economy" as the top issue on voters' minds.

"The system is broken," former New York Gov. George Pataki said when he announced his candidacy for the Republican nomination last week. "The question is no longer about what our government should do, but what we should do about our government."

Since 2010, when Republicans gained control of the House of Representatives, we've gone through five years of gridlock. The result: dysfunctional government and bitter partisan division. The only institution capable of breaking the gridlock is the one that's least democratic -- the federal courts. We're awaiting crucial court decisions on health care reform, immigration, climate change and same-sex marriage -- the entire Obama legacy.

In 2016, voters will be looking for a leader who can make government work. Unlike President Obama, who is seen as well-meaning but ineffectual. The economic recovery has been halting and slow. Obama couldn't stop ISIS advances in the Middle East. He couldn't stop Russian aggression in Ukraine. The rollout of the health care law was a disaster. Democrats paid a bitter price for those problems last November.

Most Americans agree with the president's views on immigration reform and gun control. But he couldn't get either of them through Congress. Even Democrats complain that this president hasn't delivered. Which is why they faced a dropoff of support last year among some of the President's core supporters -- young people, lower-income voters, single women, and Latinos.

When voters are dissatisfied, they look for a leader who is very different from the president they have. In 2000, George W. Bush ran as a man of character to replace a president who had embarrassed the country. Bush turned out to be reckless and impetuous. Barack Obama was the un-Bush -- smart, thoughtful and deliberative.

After Obama, it's going to be hard to sell another young and inexperienced candidate. That's why 2016 is shaping up to be an unusual campaign. Normally, Americans go for outsiders. We look for new faces -- candidates with fresh new ideas, uncontaminated by political experience.

After Obama, however, a serious professional politician -- someone who knows how to get results -- may be just what the country needs. And wants. The CBS-Times poll asked, "Which is more important to you in a presidential candidate -- having the right experience, or having fresh ideas?" For the first time since 2007, a majority said experience is more important than fresh ideas (52 to 35 percent). 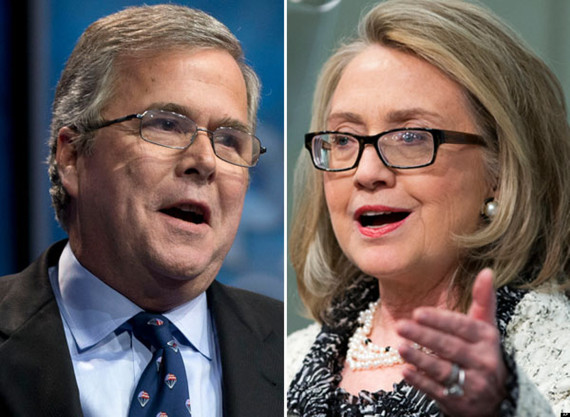 That may be the reason why Hillary Clinton is doing well in the polls. She's been a political figure for decades. While she does not have have the political skills of her husband -- who does? -- she knows her stuff. Amy Chozick put it this way in The New York Times: "Mrs. Clinton is embracing her inner geek, rather than trying to mimic President Obama's cool or Bill Clinton's common touch."

Of course, if voters are looking for the un-Obama, the first place they will look is the opposition party. The demand for someone who can make government work probably hurts non-politicians like Carly Fiorina, Ben Carson and Donald Trump. It may also be a problem for senators like Ted Cruz, Rand Paul, Lindsey Graham and Marco Rubio.

Governors can make a stronger claim, which is why so many of them are running or likely to run (Pataki, Jeb Bush, Scott Walker, Chris Christie, John Kasich, Rick Perry, Mike Huckabee, Bobby Jindal, and on the Democratic side, Martin O'Malley and Lincoln Chafee). They will all claim -- in explicit or implicit contrast with President Obama -- they know how to get things done.

The very idea of a professional politician strikes many Americans as offensive. In periodic fits of outrage against professional politicians, voters pass term limits and cut salaries of elected officials. Sometimes, however, when problems get too big and leaders seem unable to cope with them, voters look for someone who can get the job done. An experienced professional. Particularly one with a recognizable brand name.

Primaries are an obstacle course for professional politicians. Activists on the right and left tend to distrust them. Watch for Bernie Sanders to do surprisingly well in Iowa, where caucuses are often dominated by liberal activists, and New Hampshire, where Sanders is well known because it's next to Vermont.

Jeb Bush will face resistance in the Republican primaries from conservative activists. He has two advantages: a huge amount of money and a fragmented opposition. Bush could win the Republican nomination the same way John McCain and Mitt Romney did -- by outlasting divided opposition on the right. 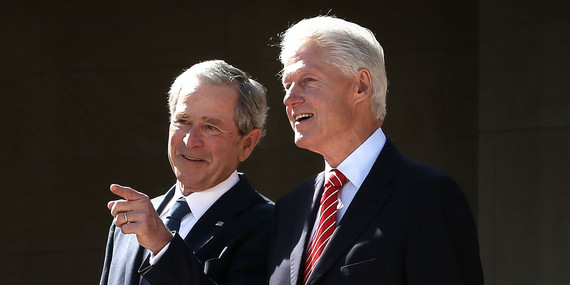