Are you already tired of all of the coverage of the 2016 presidential contest, even though the election is nearly three full years away and there's still a Congressional election and most of a presidential term left before people vote for the next one?

Then don't look at Time's latest cover, which wonders if anyone can beat Hillary Clinton while also acknowledging that Clinton hasn't decided to run yet. The first sentence of the cover story, in fact, reads, "Hillary Clinton has not decided whether to run for President again." 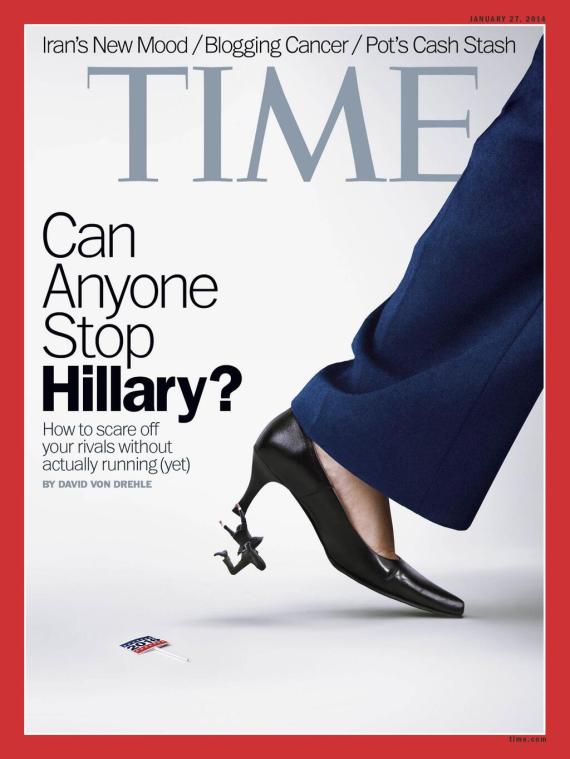 Look at Hillary @Time cover http://t.co/4c60EQSoI8 and then look at @NYMag "Feminism, According to Stock Photography" http://t.co/NV2AfB4ySH