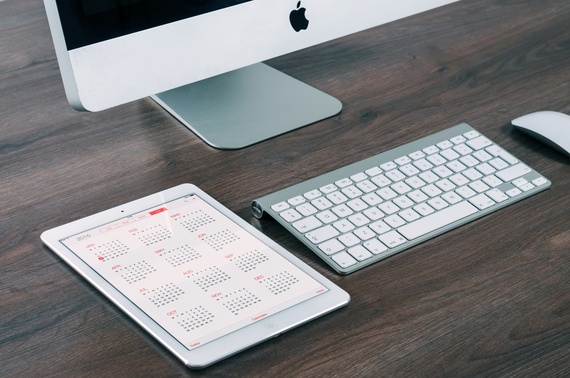 Research suggests that once people earn $75,000 per year, making additional money has no positive effect on emotional well-being and happiness. It seems that money is important to ensure our basic needs are met and a decent standard of living, but beyond that point there is little evidence that material purchases (including fancy homes and expensive cars) produce lasting happiness.

While much attention is given to monetary and material affluence, it appears as though time affluence is a better predictor of personal happiness. And, it makes sense - We are busier than ever, more technologically connected than ever, and often our days are spent rushing from one activity or obligation to the next. So the ability to gain control over our time, and direct it in the most meaningful ways, has become increasingly important.

Wall Street Journal best-selling author Jon Acuff believes that time is our most valuable currency, and I agree with him. In fact, Acuff asserts (in his inspirational book Start) that "time is the only honest indication of what matters to us."

So, when you look at your calendar over the last day, week, month, or year, is your time spent consistent with what is important to you and the person you want to be - whether that's experiences with family and close friends, making a difference in other people's lives, pursuing a new business idea, learning a new skill or sport, working, exercising, or something else of significance? If not, the first step to spending your time more thoughtfully is to take control of your calendar.

But how can you rescue some time back in order to focus it in the most meaningful areas?

A good place to start is by saying "no" more often. As #1 New York Times best-selling author Tom Rath says, "The next time a new opportunity presents itself, think carefully before making an ongoing commitment. If it is something you feel you should take on, determine what other activity you might need to let go of. When you are struggling between two choices, remember there is always a third option: doing nothing. In many cases, declining both options is the best route."

Trying to do everything usually means not doing anything very well. Perhaps that's why journalist and success researcher Shane Snow says that often "the thing holding us back from success is our inability to say no."

Snow notes in his book Smartcuts that some of the most successful people also save time by sticking to rigid routines and simplifying decision-making. This is why Steve Jobs often wore the same thing every day (black turtlenecks and Levi's 501 jeans) and why President Barack Obama stocks his closet with only gray or blue suits. President Obama has said, "I don't want to make decisions about what I'm eating or wearing. Because I have too many other decisions to make."

And then of course we can actually buy time, a notion that is endorsed in the eye-opening book Happy Money about the best ways to spend our money. The authors, Elizabeth Dunn and Michael Norton, say that "by permitting ourselves to outsource our most dreaded tasks, from scrubbing toilets to cleaning gutters, money can transform the way we spend our time, freeing us to pursue our passions." Yes, outsourcing costs money, but it's a great use of it.

Dunn and Norton also talk about taking back time by reducing the hours we spend on two key activities - commuting and watching TV. According to the U.S. Census Bureau, Americans spend more than 100 hours per year commuting to work, which is more than the two weeks of vacation that most workers take annually! Additionally, an American spends on average about two months per year watching television! Of course television can produce a lot of pleasure, but we probably don't need 4 hours of it per day.

There is no doubt that we live busy lives with many things competing for our attention. But we can take control of our calendar by implementing just some of the ideas in this article.

And, finally, unplug. Minimize interruption and distraction by checking email fewer times per day and disconnecting for a little while.

After a certain point, money and possessions don't matter much. Time is more precious. So maximize your time and prioritize the things that are most important to you.

How will you spend your time?