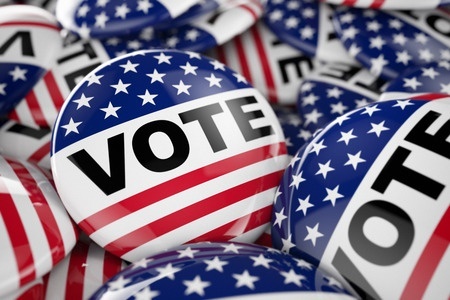 It's November 6th. I'm sitting in my apartment. As I gaze out the window my view is filled with the Statue of Liberty and Ellis Island. Turning my eyes to the left I see the Freedom Tower.

In the background I hear CNN proclaiming the Republican presidential candidate's electoral path is getting easier.

Suddenly my stomach tightens, my fear heightens and my anger and disappointment grow. How can half the nation consider voting for the Republican candidate? I don't mention his name just as key republicans endorse him by saying they support their candidate -- yet refuse to use his name.

As I look at Ellis Island, I think of it's amazing history that includes stops by my great grandparents and grandparents. How overjoyed they must have been to arrive in America -- the land of opportunity. The country where hard work and education would ensure their children of a better life.

I was lucky to come from an educated and socially responsible family that imbued me with the values I hold today.

I was always taught to respect others point of view. But now, in the 21st Century I am faced with a presidential candidate who defies, denigrates and virtually denies all the great progress this country has made economically, socially and in so many other ways. He and his party want to turn back the clock.

Despite his personal unpopularity he has a good chance of becoming the 45th president of the United States of America.

Don't be fooled by polls that show Hillary Clinton with a very modest lead. Polls are not infallible and there exists an entire category of college educated individuals who won't admit they are voting for the Republican candidate. Anything can happen on election night.

Do you want a country that doesn't embrace diversity?

We are a country of immigrants. Yet his plan is to break up families and send hard working illegal aliens home by the millions! No path to citizenship for people who have lived here and contributed to the diverse mosaic that makes America the beacon of democracy and social justice.

A leader with a foul mouth and such thin skin that he tweets nasty insults at 3 a.m. in the morning.

A person who not only disrespects women but would work to take away control over their own bodies.

A man whose lack of knowledge pales compared to George W. Bush and is virtually non-existent when compared to Hillary Clinton a past Secretary of State, and two term New York Senator who was praised for her willingness to work across the aisle to pass vital legislation.

A man whose sole claim to the Presidency is that he is a successful business man and is from outside the system. Yet despite starting out with a million dollars he built an empire, much of it on the backs of small businessmen, many who he didn't pay or insisted they take less than what was promised them.

A man who boasts he used the system by declaring business bankruptcy four times -- just one more than his marriages.

An alleged billionaire who is proud he legally paid no taxes for years.

A man who believes women should be punished for having abortions.

A man who believes what's the point in having nuclear weapons if you don't use them.

A man who wants to abolish the Affordable Care Act without a plan for replacing it.

A man who the Russian government hopes will become our president while it actively engages in hacking our computers and trying to derail the Clinton candidacy.

A man who personifies values that you deplore.

Finally a man who represents a party with a platform that if enacted would literally bring this nation and women's rights back to the nineteen fifties.

I've only listed a few of the deficits of this narcissistic individual who if elected president would plunge our nation into disarray and far worse.

I glance again at both the Statue of Liberty and Ellis Island and remember all they stand for. I look left at the Freedom Tower and think of all the lives that were lost because of years of misguided foreign policies that encouraged terrorism.

If it's your desire to preserve a country where your children and all those you love will be encouraged to live their lives freely, and with the opportunity to learn and grow with their individual liberties intact, then it's time to act.

If you want America to once again become a beacon of hope for all those who want a better life for their children. Then you must take action.

If you think the republican candidate will create the kind of country you want for your children vote for him.

On the other hand if Hillary Clinton embraces most of your values and you believe the Democrat platform will ensure growth and liberty for all -- get busy.

If you were one of the many Baby Boomer Bernie supporters like me and are considering sitting the election out -- don't. It will ensure a Republican victory. We will continue to push Bernie's agenda and Hillary will pay attention!

Our generation has not done a great job in stewarding the nation's political system. Sure many of us protested in the 1960's and 70's but then we stopped paying attention and our government became more and more unresponsive, polarized and special interests took over.

Let's get busy again. What kind of legacy do we want to leave? Time is running out!

Call everyone you know, particularly Bernie Sander's millennials who may feel disenfranchised and not vote. Make the case that all candidates are flawed but the Republican one is also dangerous to this nation.

Call, vote and protect our liberty. Spread the word. The Republican is gaining ground. Don't let him win by default.