Time magazine's cover story this week makes a strong statement about the systemic injustice millions of Americans still face, drawing parallels between unrest in Baltimore and the riots dozens of U.S. cities saw in the late 1960s.

"The roots of these days of rage, whether in Ferguson or North Charleston or Baltimore, reach down through decades of compounded failures," journalist David Von Drehle writes in the story. "Each flash point is different; so was each community’s response. But there is something universal about them all."

The cover photo was taken by Devin Allen, a 26-year-old aspiring photographer and resident of West Baltimore.

“For me, who’s from Baltimore city, to be on the cover of Time Magazine, I don’t even know what to say. I’m speechless,” he told Time. "It’s inspiring me to go further. It gives me hope and it gives a lot of people around me hope."

"After my daughter, who’s my pride and joy, this is the best thing that’s happened to me," he added. 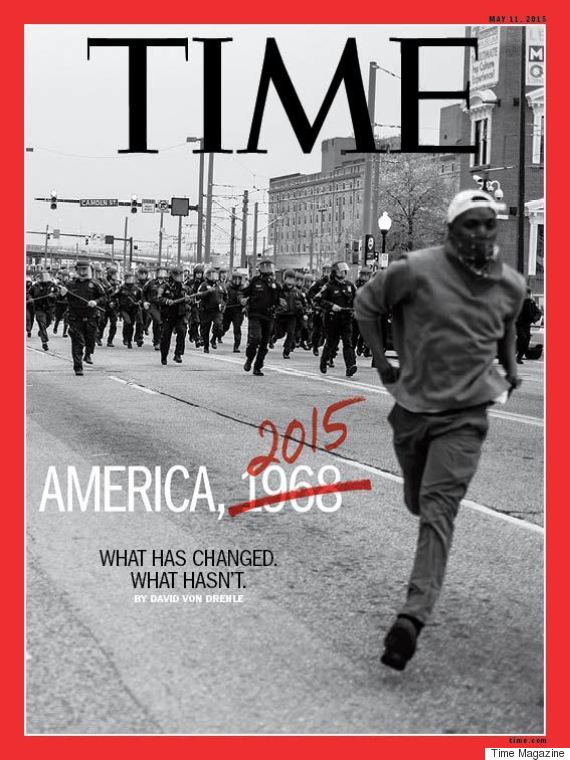 1 / 16
Protestors participate in a vigil for Freddie Gray down the street from the Baltimore Police Department's Western District police station, April 21, 2015 in Baltimore, Maryland.
Photo by Drew Angerer/Getty Images