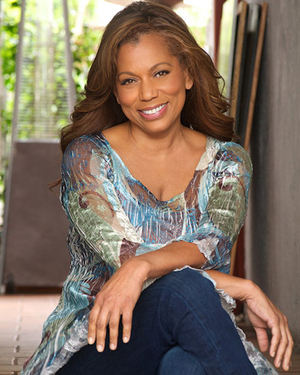 When Rolonda Watts launched her talk show in 1994 the last thing television needed was another. And she knew it. To get people's attention she shot a promo ad showing her dangling from a building as pigeons engulfed her. The show was a hit and throughout its nearly four-year run covered drug abuse, LGBT rights and racism. Watts knew the key to tackling difficult issues was sharing stories.

She's still sharing stories. After 10 years of writing, Watts recently released her first novel Destiny Lingers, which is largely inspired by characters and events in her life. On a hot and sticky Friday in New York City, Watts is dressed casually in a cream baby doll dress. Feeling at home, she does what she does best: Talk.

"I'm writing romance, and if you look at my life, I clearly know nothing about it!" Watts says with the same raw honesty that made America fall in love with her. "I've been waiting around for Mr. Right for so long I've become the man I've wanted to marry. I do everything I think a man should be doing in my house. I pay the mortgage. I walk the dog. I have great sex with myself. I had such great sex with myself last week that I decided I'm gonna buy myself a new car!"

Rumors and fabricated stories have plagued Watts' personal life over the years. It all makes readers wonder what is fact and what is fiction in the book. Did Watts, a renowned investigative journalist, really discover a long strand of red hair in the bed she shared with her ex-husband like her character Destiny?

"No!" she says adamantly. "In the sink! In the sink! Hmm hmm. Fluffin' your hair and one fell out. I knew who that was!"

It's easy to see why Watts is quickly moving up in the ranks in the stand-up circuit. At the famous Comedy Store on Sunset Boulevard in Los Angeles, she's found a home in the main room. When it comes to looking for love, Watts, who celebrated her birthday on July 12, made a vow that she's going to find a man this year. She says intelligence is what she finds sexy.

"At the end of the day when the fireplace has gone dead and bubbles have popped out of the champagne, you need someone to talk with," Watts says. "I want a smart dreamer."

As a young girl she dreamed of two men. Michael Jackson, and then after some hesitation and a little giggle she reveals her first crush. 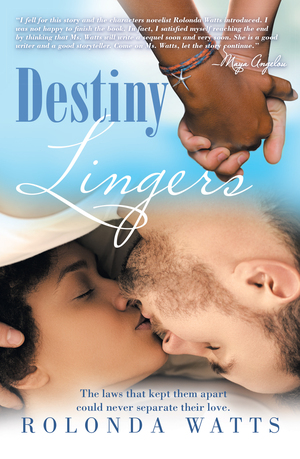 In addition to love and adventure, dialogue about race and class is coming out of Destiny Lingers since the two main characters were cheated out of a life-long friendship due to segregation. Watts can relate. In 1949 her grandparents were among the pioneers to inhabit Ocean City Beach on Topsail Island in North Carolina. It's believed to be one of the first beachside communities owned by African Americans. Despite growing up in an educated, middle-class family, she remembers being able to only drink from "colored" water fountains and once having a note pinned on her sweater saying she couldn't attend a school field trip because the country club didn't accept blacks or Jews.

"Was it hard for me? That was the way life was. Yes, it's hard every day for a black person, I think. We have a whole different way of life in America than everybody else does, but my parents protected me, and I had education. Education was our saving grace," says Watts.

With the recent events of police brutality and the Black Lives Matter movement, Watts struggles to hold back her tears. She says the first thing people have to do is recognize and agree there is a problem. Then they need to talk about their experiences.

"We're never going to win on the Black Lives Matter or the Blue Lives Matter," Watts says. "We need to share stories. I find that's a calming thing. Stories are the most important things we have in our lives. At the end of the day when you kick off this Earth, you're going to be known by your stories and how you made people feel."

Watts hopes that Destiny Lingers and other books she hopes to write will make a difference and change a heart or start a movement. It may sound like a daunting task, but she has faith and says the greatest lesson she's learned is to not give up on people or yourself.

"There is so much in you. Whenever you're confused and don't know where to go, just look within," Watts says. "God gives you a big ol' trunk of toys and the batteries that come with them."