"The winner is Ben Bernanke, Chairman of the Federal Reserve, the most powerful, least understood government force shaping our lives," Stengel said.

Stengel described the cover as a "throwback cover, like a Person of the Year cover from the '40s or '50s."

"He was the great scholar of the Depression, and basically he saw what looked like another Depression coming and he decided he would do whatever it takes to forestall that," Stengel said. "And basically he did.

Stengel admitted that Bernanke has made mistakes, but said that "in terms of influencing the economy this year, he's the guy." 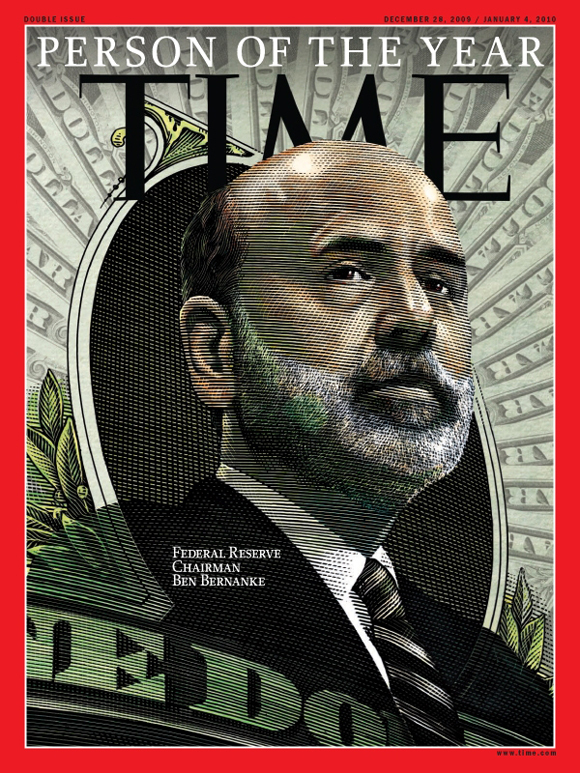