President Barack Obama has been named Time's Person of the Year.

Managing editor Richard Stengel unveiled the magazine's choice on Wednesday's "Today." He said it was remarkable that the president won two terms with over 50 percent of the popular vote as a Democrat. He also noted that Obama took office in an economic crisis, and credited him with creating a new political "alignment like Ronald Reagan did forty years ago."

This is the second time that Time has chosen Obama. The magazine said it named him Person of the Year in 2008 for winning against the odds and becoming the first black president of the United States.

"For finding and forging a new majority, for turning weakness into opportunity and for seeking, amid great adversity, to create a more perfect union, Barack Obama is TIME's 2012 Person of the Year," Stengel explained in his note this year.

Time's Michael Scherer wrote in a profile of the president:

Beyond the Oval Office, overwhelming challenges remain: deadlocked fiscal-cliff talks; a Federal Reserve that predicts years of high unemployment; and more unrest in places like Athens, Cairo and Damascus. But the President seems unbound and gives inklings of an ambition he has kept in check ever since he arrived at the White House to find a nation in crisis. 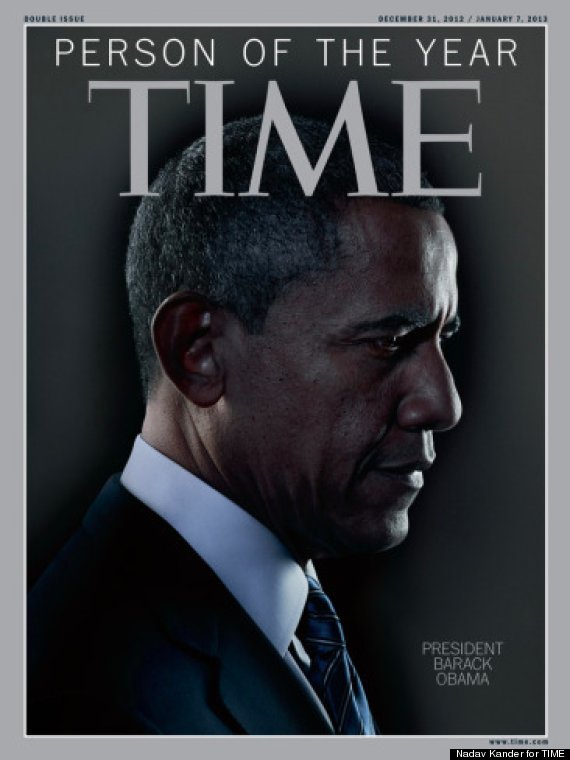 Malala Yousafzai, the Pakistani girl who was shot by the Taliban for fighting for better girls’ education, was this year's runner-up. Other finalists included: Egyptian president Mohamed Morsi; Bill and Hillary Clinton, Yahoo! CEO Marissa Mayer, Apple CEO Tim Cook, CEO of Apple, and the three scientists who discovered the Higgs Boson particle.

Time's Person of the Year is an annual tradition. Last year, the magazine chose "the protestor" in recognition of demonstrations all over the world, including Arab Spring, Occupy Wall Street and the anarchists in Greece.

Let us know what you think of Time's pick in the poll below.